Saturday at Yokosuka Naval Base (Round robin in all weight divisions) 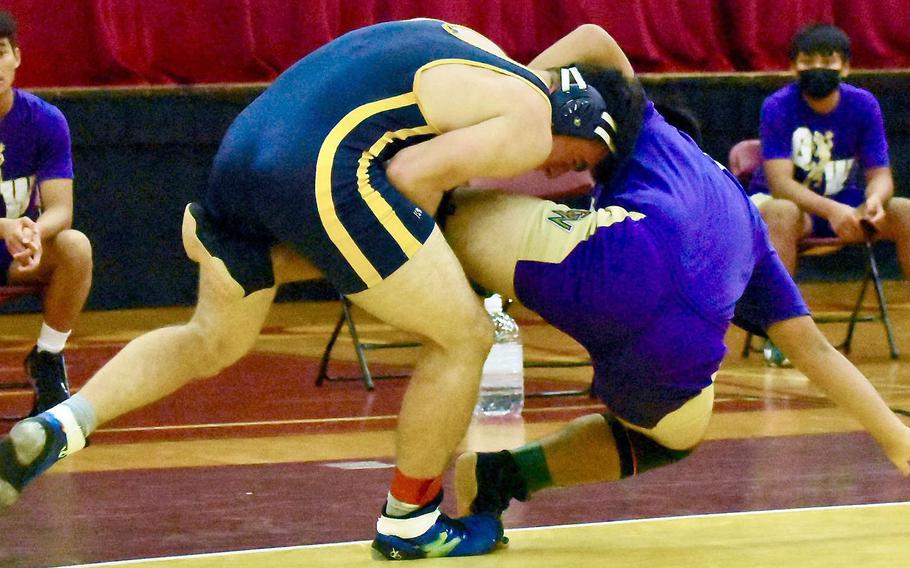 Saturday at Yokota Air Base

Scoring — Trojans: KeShawn McNeill 32, Murray Gillerson 21; Cobras: Cameron Reinhart 18. Noteworthy — Reinhart fouled out just before halftime after hitting four three-point goals and shooting 6-for-6 at the foul line. Gillerson scored 18 in the first half. The Trojans went 2-0 against the Cobras during the tournament, winning 65-56 in pool play on Thursday.

Scoring — Eagles: Jaylie Johnson 12; Panthers: Keiya Carlson 11, Samantha Kosinski 11. Noteworthy — Kozinski had all her points in the second half. Johnson scored 10 of her 12 in the first half. I’Lei Washington had a key rebound and steal in the closing moments to help seal the victory.