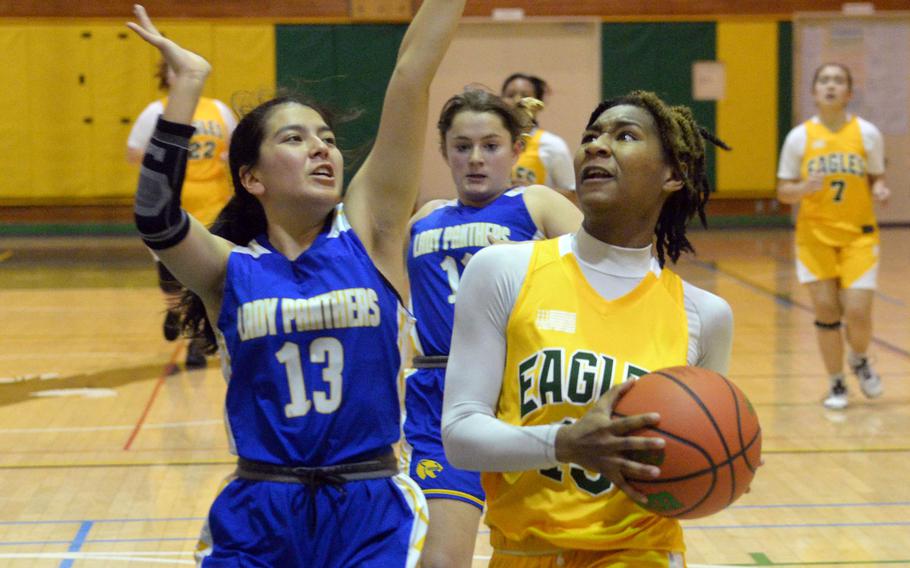 Mats will remain rolled up and balls will stay on the racks this weekend at high school gyms in Korea, DODEA-Korea officials said.

“Competitions for this weekend will be canceled, and we will look first to try to reschedule, based on conditions,” DODEA-Korea district superintendent Jeff Arrington said. “I wish I had a more permanent answer, but do not right now,” he said.

There were several reasons for the postponements, Arrington said.

Aside from U.S. Forces Korea implementing Health Protection Condition Bravo, some coaches haven’t returned from holidays in the States. Others are in quarantine. Some coaches and students are awaiting coronavirus test results. And parents are concerned about allowing their children to travel under current COVID conditions.

“Those are all factors that could cause a coach or an athlete not to be available, as well as being ill for non-COVID reasons, family commitments, etc.,” Arrington said. “All of these are possible contributing factors.”

They will try again in Korea next week.

“Cancellation of the season is not being discussed at this time,” Arrington said.

It’s not just in Korea where games have been shelved for the first full week of January. U.S. Forces Japan is back in HPCON-Bravo.

Coaches and ADs in Japan expressed hope that play can continue and they won’t revert to a situation like last winter, when the pandemic didn’t allow competition at all.

“Hopefully, this is just an anomalous precaution and not an omen for the rest of the winter season,” Yokota girls coach Byron Wrenn said.