Wrestlers get a few extra matches for late Christmas gifts 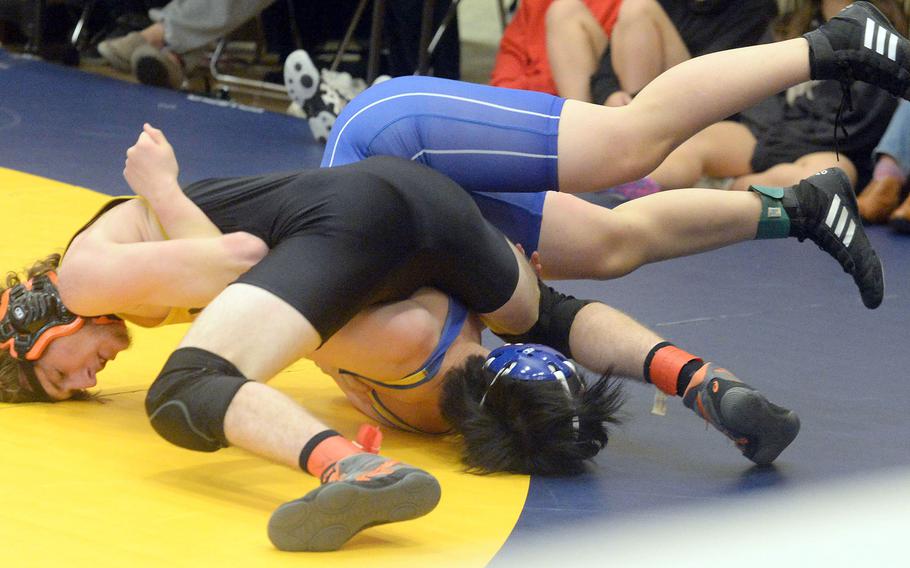 TOKYO – Three days after enjoying the annual bounty courtesy of Santa’s sleigh, Nicholaz Aguirre got a Christmas bonus of an interscholastic athletics sort.

Aguirre said he couldn’t have been happier for the opportunity. With no Far East tournament this year, and current DODEA coronavirus protocols limiting wrestlers to in-district meets, Tuesday may have been the one chance they could take on other competition this season. 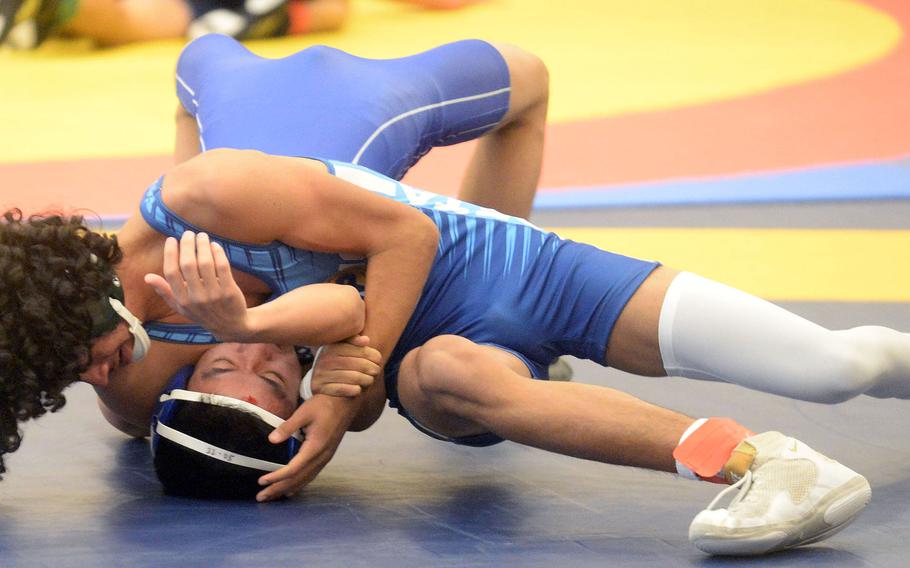 The event was held at the Church of Jesus Christ of Latter-Day Saints Tokyo Temple’s culture center, and was not sanctioned by DODEA nor the Kanto Plain Association of Secondary Schools.

Twelve of the participants, including the three alumni, wrestled in the last Far East tournament before the pandemic, including three Far East champions, Aguirre, Kadena’s Kurt Chapman and American School In Japan’s Bryce Clement.

“Having new opponents, it’s exciting to be out on the mats, especially with COVID taking away” Far East, Aguirre said.

Prior to Tuesday, Aguirre had just two matches this season, victories over two Kadena wrestlers plus one win by walkover. On Tuesday, he wrestled three bouts, finishing second to Michael Lozano of Nile C. Kinnick at 125 pounds.

Each wrestler got a minimum of three bouts, and some as many as five, giving them “a little more variety in the season,” said senior Tate Rannow of Yokota, who took second to ASIJ’s Take Zoot at 145 pounds. 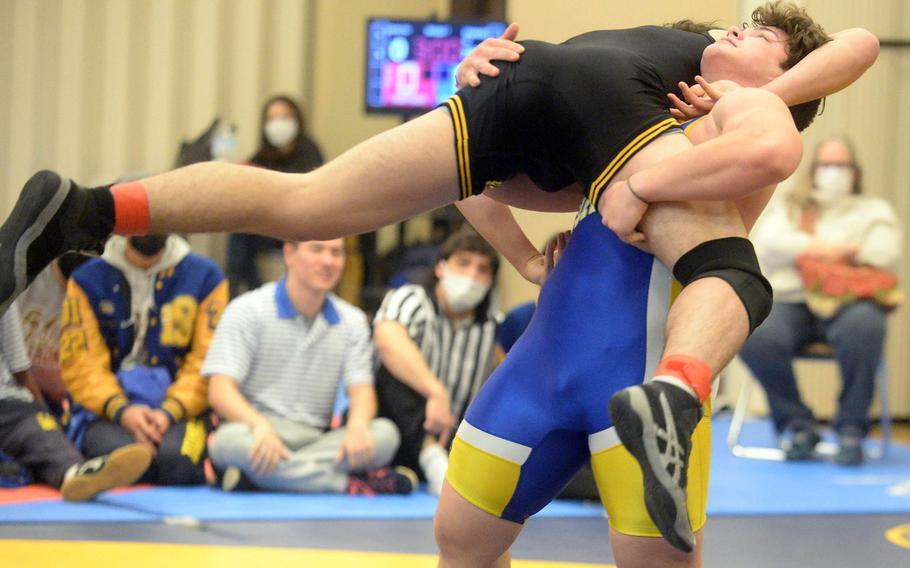 “It gives me a chance to wrestle people I’m probably never going to see again, wrestle people better than me, which helps me build my skill level,” Rannow said. 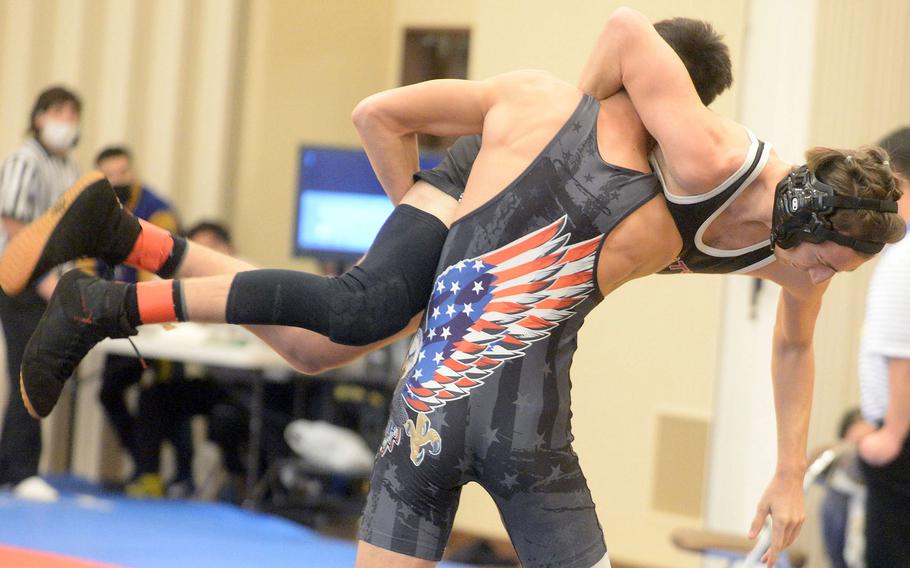 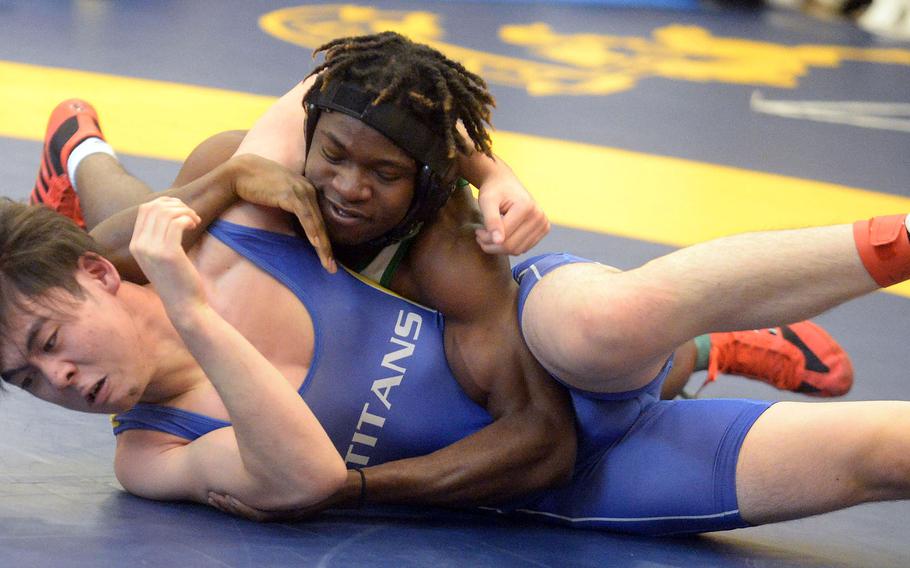