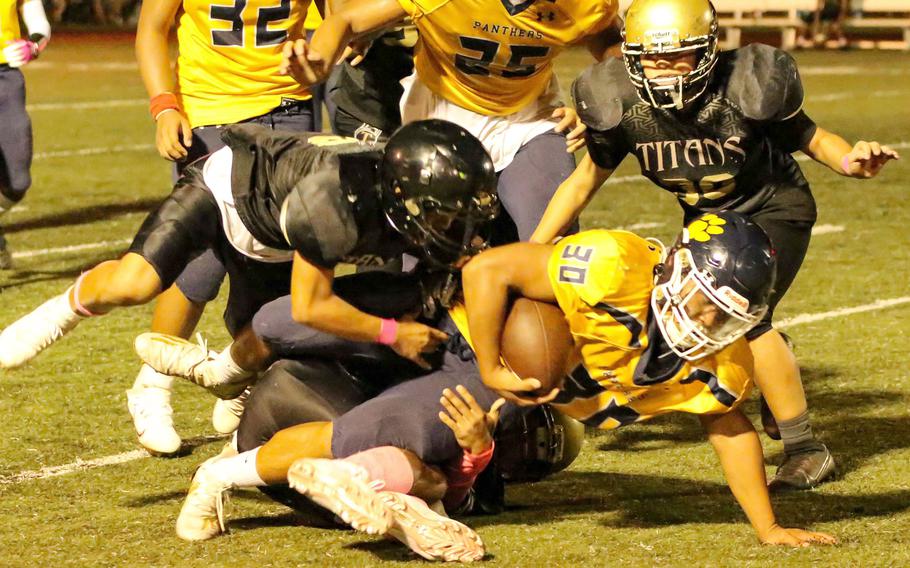 Guam High running back Terrell Rosario tries to squeeze out a couple more yards through the Tiyan defense. (Donna Rhodes/Special to Stripes)

AGANA HEIGHTS, Guam – Avery Gamboa has spent most of his Guam High football career keeping opposing players and teams from scoring. On Friday, he was given the chance to put points on the board.

The 6-foot-7, 310-pound senior played tailback as well as his customary defensive-line position, rushing 10 yards for a touchdown and recording one of four quarterback sacks as the Panthers blanked Tiyan 26-0 to make for a happy senior night and homecoming.

“I’m proud of him,” Panthers coach Jacob Dowdell said. “He was a beast in the middle tonight.” 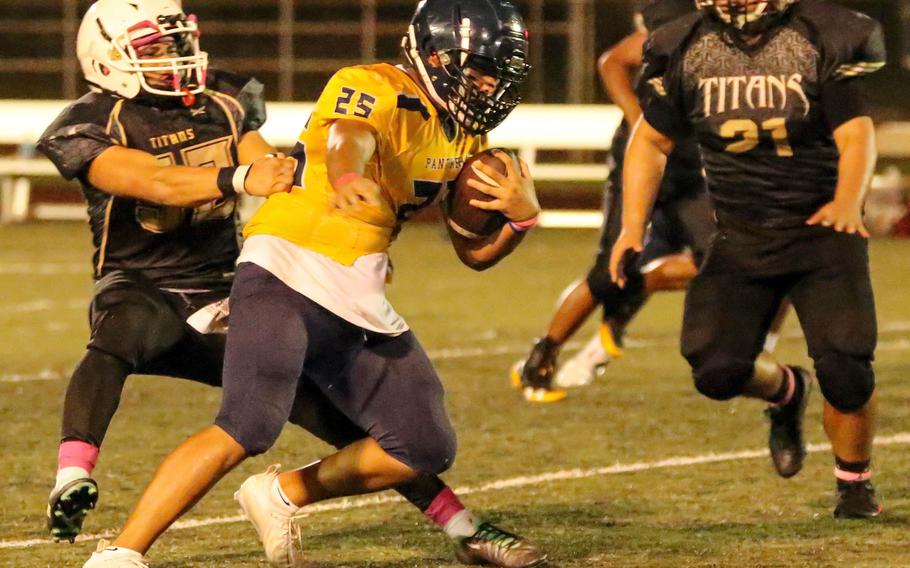 In addition to gaining 30 yards on three carries, his play in the defensive interior forced things away from the middle, Dowdell said, giving Panthers outside defenders a chance to shine as well.

Cameron Brantley and Damian Perez each had five tackles, and Perez also intercepted a pass. Gamboa was joined by Randy Angoco, Robert Ellis and Terrell Rosario in recording one sack each.

Their play has helped shore things up on the defense in place of injured senior starter ZeShaun Adams, who was lost after the second game of the season with a leg fracture, Dowdell said. “You can’t replace that kind of defensive experience,” Dowdell said, “but the defense stepped up tonight. I’m very proud of them. It was a group effort.”

Going with a “running back by committee” rotation on offense, the Panthers also got rushing TDs of 40 yards from Angoco and 14 from quarterback Arron Johnson, who also threw a 70-yard touchdown pass to Ellis. DeShawn Baird ran eight times for 80 yards to lead the Panthers.

The win improved the second-place Panthers to 4-1, a game behind unbeaten and league-leading Father Duenas Memorial (5-0). The Titans fell to 2-3. 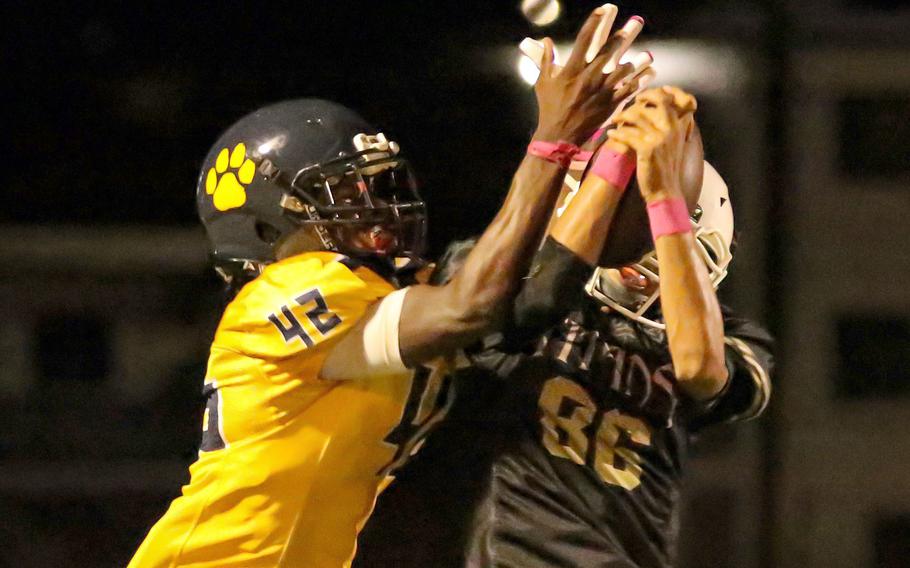 “I feel great about our position right now,” Dowdell said. “It’s been a group effort on everybody’s part.”

The Panthers next host John F. Kennedy at 7 p.m. next Saturday before the league takes a bye week for the Thanksgiving weekend.