Guam bounces back by running past Okkodo 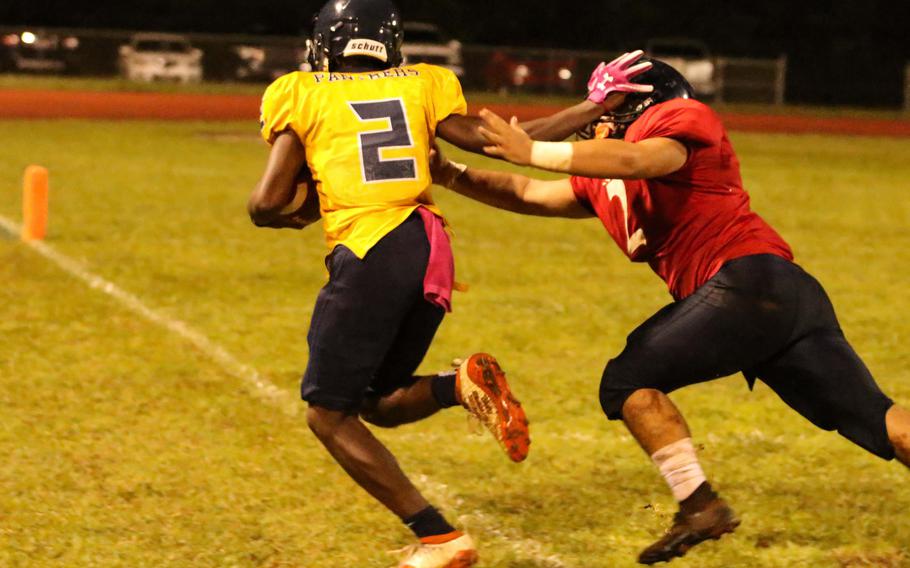 DEDEDO, Guam – Needing a bounce-back victory after a loss to league-leading Father Duenas Memorial a week earlier, Guam High went to its ground game in a road victory over winless Okkodo.

But the Panthers’ 41-7 win Friday over the Bulldogs was “closer than the score indicated,” coach Jacob Dowdell said.

“A lot of things that happened for us was because of special teams” giving the Panthers short fields deep in Okkodo territory to operate, Dowdell said. Guam High led only by 7-0 after one quarter. 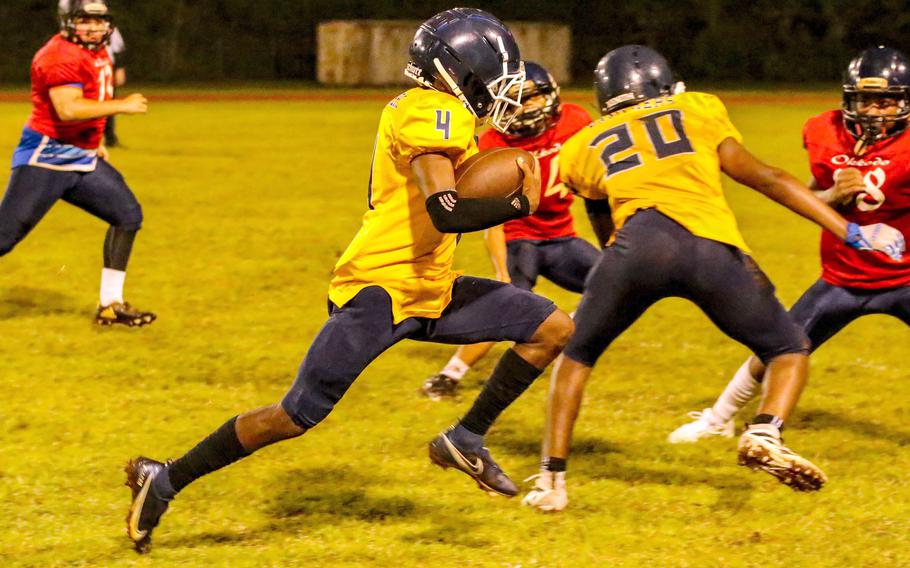 “They (Bulldogs) gave us a run for our money,” Dowdell said. “A few bounces went our way. If they hadn’t, we’d have been in a dogfight.”

DeShawn Baird led the way for the Panthers with 192 yards rushing on 15 carries, including a 79-yard touchdown run. He also caught a 38-yard touchdown pass. Randy Angoco had 24 yards rushing and two touchdowns. Arron Johnson ran for a TD and finished with 92 yards on six carries. Cameron Brantley scored a defensive touchdown on a strip sack in the end zone.

The Panthers (3-1) next host Tiyan for their homecoming game next Saturday at 7 p.m. 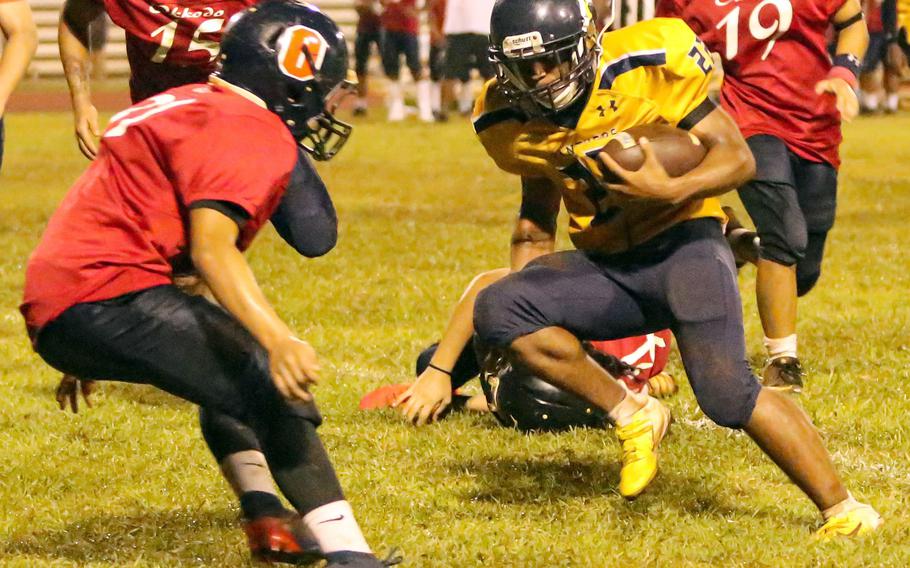