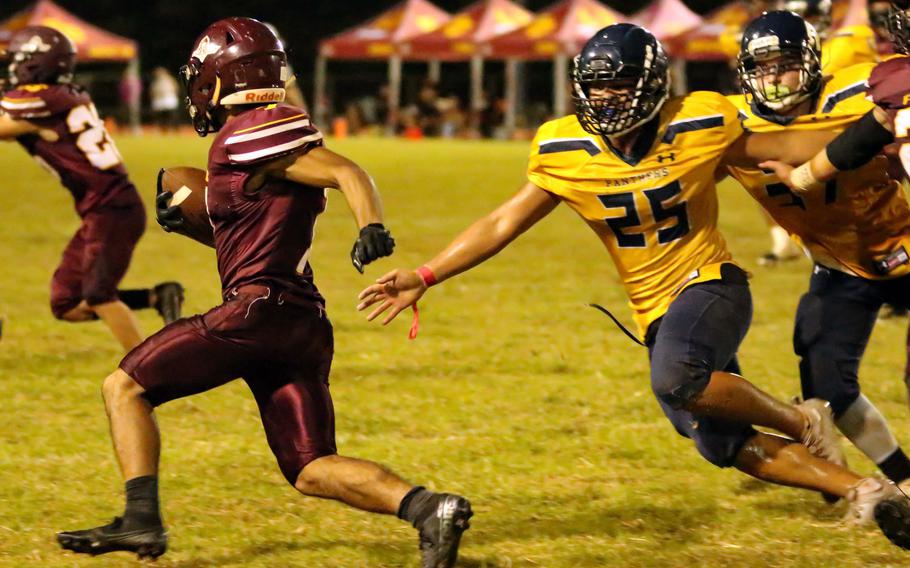 MANGILAO, Guam – Aaron Johnson lifted Guam High to a five-point halftime lead against Guam league-leading Father Duenas Memorial. But in the second half, it was all Friars in a battle for first place in the Interscholastic Sports Association standings.

Father Duenas outscored the Panthers 15-0 in the second half, en route to a 17-7 win. The Friars improved to 3-0 and lead the standings by a game over the Panthers, who fell to 2-1.

“It was inexperience on our part,” coach Jacob Dowdell said. “We had players going both ways, we made young defensive mistakes and by the fourth quarter, we were just running on fumes.” 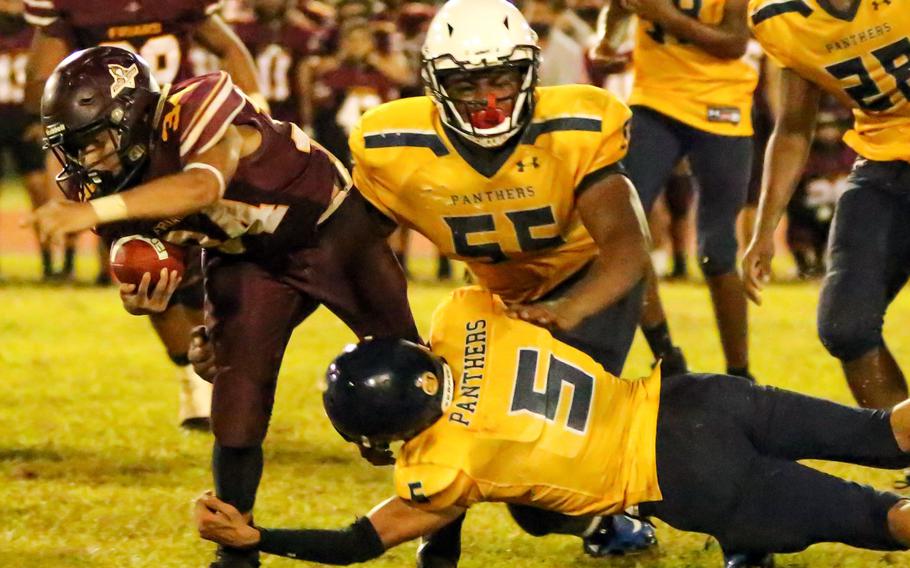 Johnson scampered 72 yards for a first-half touchdown en route to a total of 115 yards on 12 carries. Johnson was also 4-for-8 passing for 36 yards, all completions to Jack Ellis.

“We’ll see them (Friars) in the playoffs,” Dowdell said.

The Panthers visit Okkodo next Friday; kickoff is at 7 p.m.