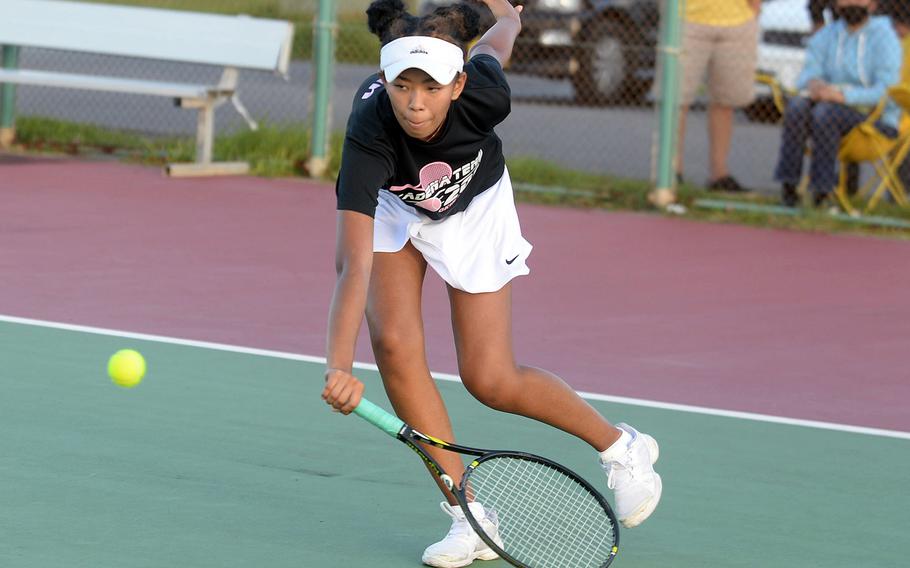 KADENA AIR BASE, Okinawa – They couldn’t be happier to be island champions. But Justin Saavedra and Christine Ryan said it felt odd having to go up against teammates whom they play during practice to win their Okinawa district singles titles.

“It’s confusing sometimes,” Ryan said. She and Rivera teamed up earlier Tuesday to beat Kadena’s Mady Small and Mary Tracy 8-3 for the girls island doubles title, then had to turn around and play against Rivera.

“I want to be supportive, but at the same time, I have to be serious and focus on the match.”

The girls final stayed tight until Ryan took the last three games to rally from a 6-5 deficit. On the boys’ side, Saavedra led 5-2, Davis cut the lead to one game, then Saavedra kept Davis at arm’s length the rest of the way.

Saavedra said the victory was “definitely” a good way to close out his Kadena career. Though he didn’t get the chance to play in a Far East tournament – canceled the last two years due to the coronavirus pandemic – Saavedra said he gained some things that will benefit him. 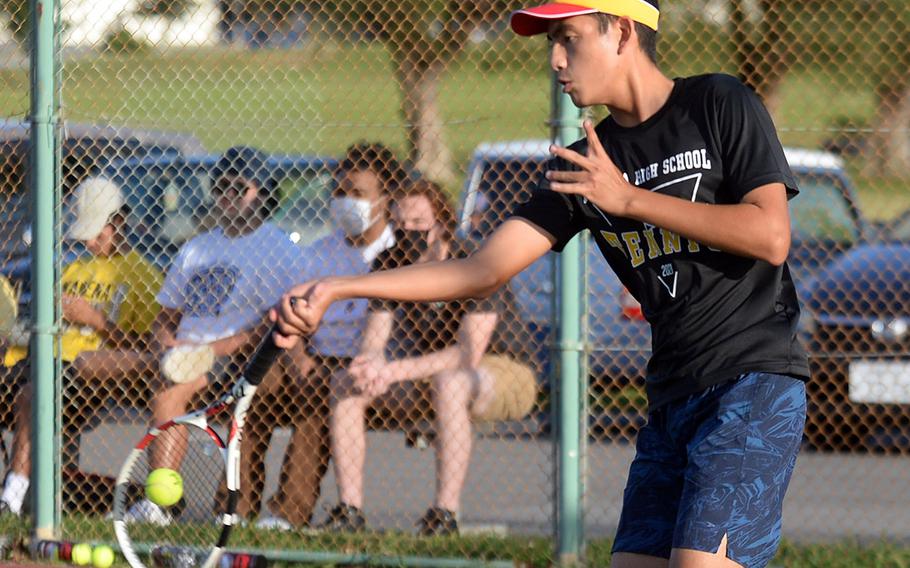 “I got to focus on my skills, my form, rather than competition,” Saavedra said. “My mental capacity for the game increased. And it was a lot more fun.”

“It’s more fun than it was competition,” Davis said. “I had a better time on the court. It was less stressful.”

In the boys doubles final on Oct. 21, Saavedra and Davis teamed to beat Jaden Oshana and Owen Ruksc of Kubasaki 8-6. The singles finals and girls doubles final got pushed back to Monday and Tuesday.