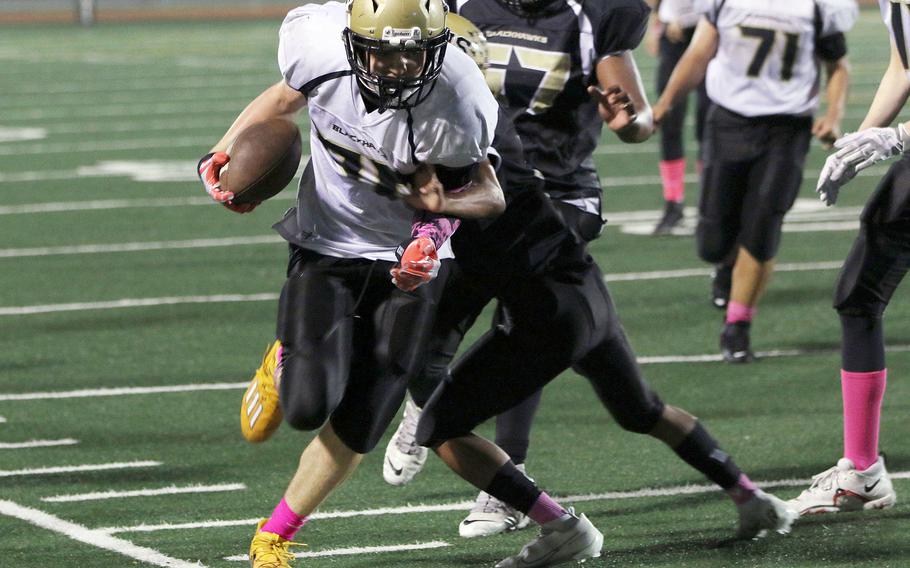 The junior quarterback posted 328 yards of total offense, two touchdowns and a pair of two-point conversions and also intercepted two passes as Black broke into the win column with a 28-24 victory over Humphreys Gold, handing Gold its first loss in four games this season.

It was a vastly different outcome from Gold’s 24-6 win Sept. 10 over Black. But the coaches of both teams said it wasn’t winning that mattered as much as retooling the Humphreys program after a year off due to the coronavirus pandemic.

“We’re still one team, two squads,” Black coach Wilburt Key said. “Before the game, I said it was going to be a tight game; I was just hoping the guys could compete.”

Key and Gold coach Tyler Greve each said the goal of the current season is to develop the Humphreys program back to where it was before COVID-19 and make the Blackhawks competitive moving forward.

“We help each other out because we’re one team,” Greve said. “We’ve got each other’s backs.” 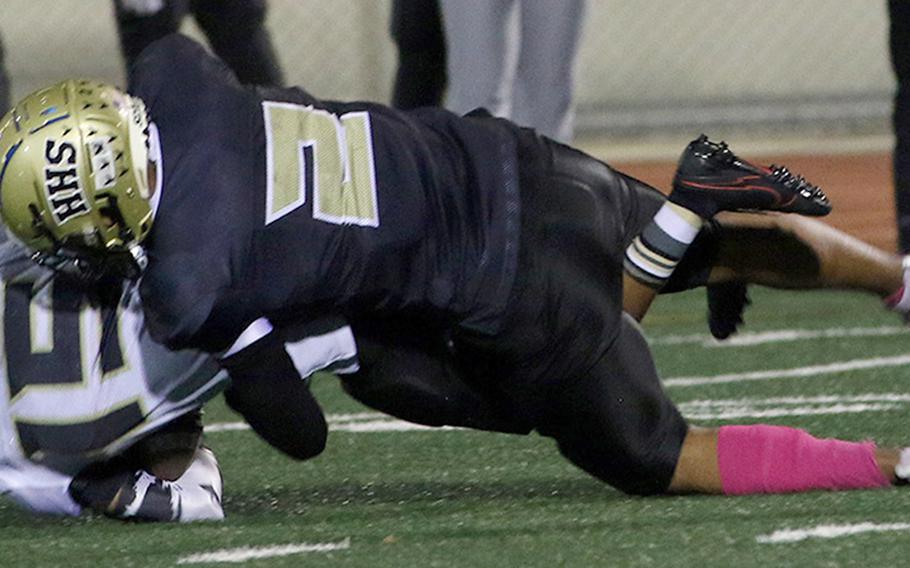 Cook went 8-for-11 passing for 202 yards and a touchdown and carried 11 times for 126 yards and a TD. His scoring pass of 8 yards went to Manny Lawson. Tyler Wilks caught four passes for 125 yards. Ethan Elliott had 11 tackles and Julian White eight including four for losses for Black.

Darryl Veal had his customary big running game for Gold, 206 yards and three touchdowns on 28 carries. Thomas Bennesse went 7-for-10 for 37 yards and carried nine times for 71 yards.

The win sets up a showdown next Friday at 6 p.m.at Osan Air Base, where the Osan Cougars and Humphreys Black, each 1-2, will battle for the second berth in the DODEA-Korea football title game scheduled for Oct. 29.