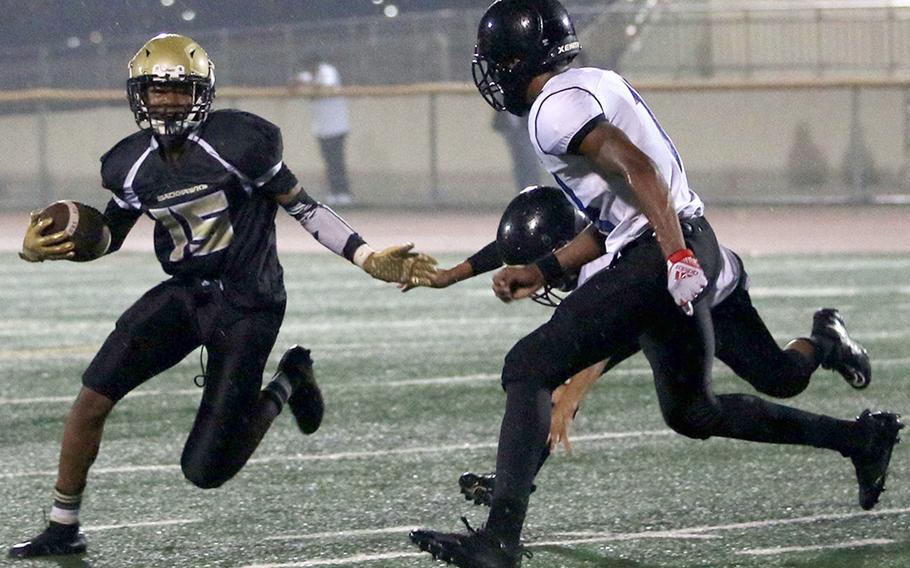 Veal rushed 32 times for 222 yards and scored a touchdown, while Thomas Benesse added 57 yards and a touchdown as Gold downed Osan 14-6. Gold improved to 3-0, while the Cougars fell to 1-2.

Coach Tyler Greve said that Gold installed several new plays this week and the Blackhawks, particularly the linemen, “took every rep seriously” in practice leading up to Friday. 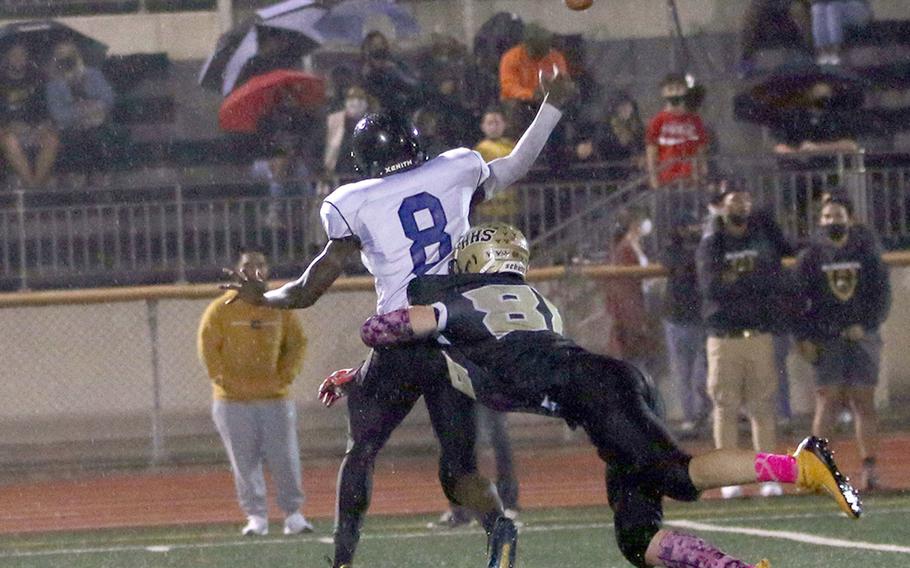 Osan quarterback Gavin Lunn gets away a pass as he's hit by Humphreys Gold's Lucas Bochat. (Idi Smith/Special to Stripes)

“The blocking was incredible,” Greve said. “The offensive line did a great job. They play so hard, they play hard every play and Veal ran the ball hard.”

Gavin Lunn hooked up with Jaylon Grant from 40 yards out for the Cougars’ lone points in the second quarter. 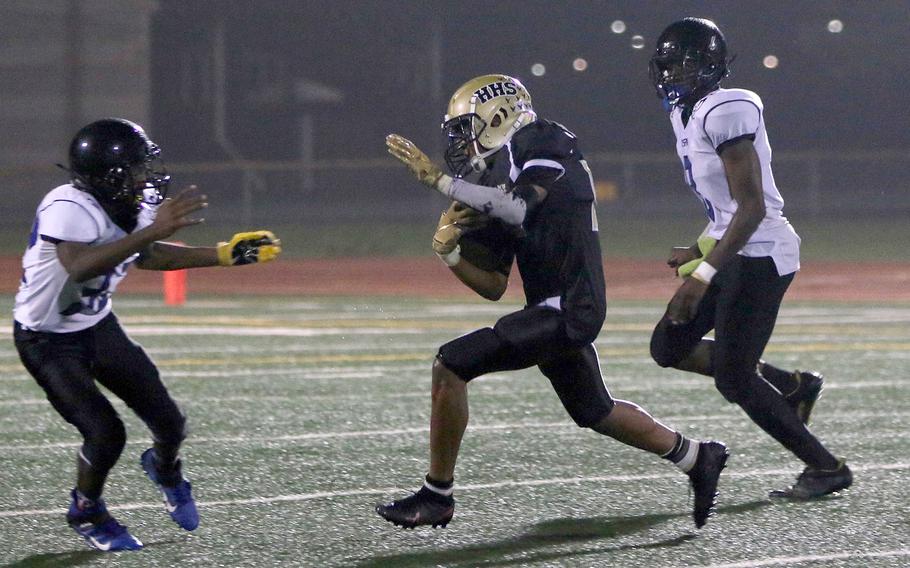 “It was a heavyweight fight, and they (Gold) have the size in the line,” Cougars coach Jerome Learman said. “It always seems like we’re an inch away or a blown assignment away. But I’m very proud of the effort.”

It wasn’t a perfect performance by Gold, Greve said. “We have the clean up the penalties” before Gold’s next game, against Humphreys Black next Friday at 6 p.m.

The Cougars have the week off and host Humphreys Black on Oct. 22; kickoff is at 6 p.m. 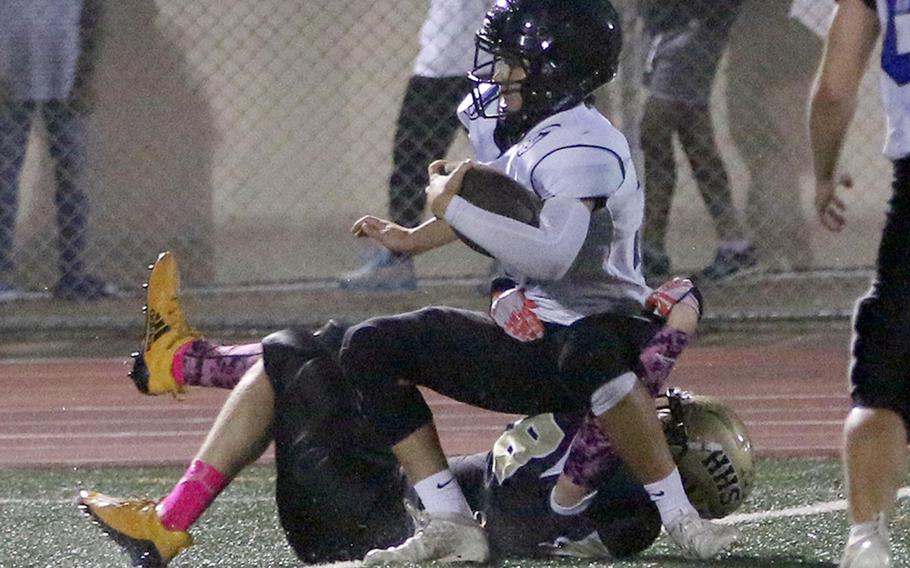 Osan's Adam Rutland is hauled down by Humphreys Gold's Lucas Bochat after intercepting a pass. (Idi Smith/Special to Stripes)