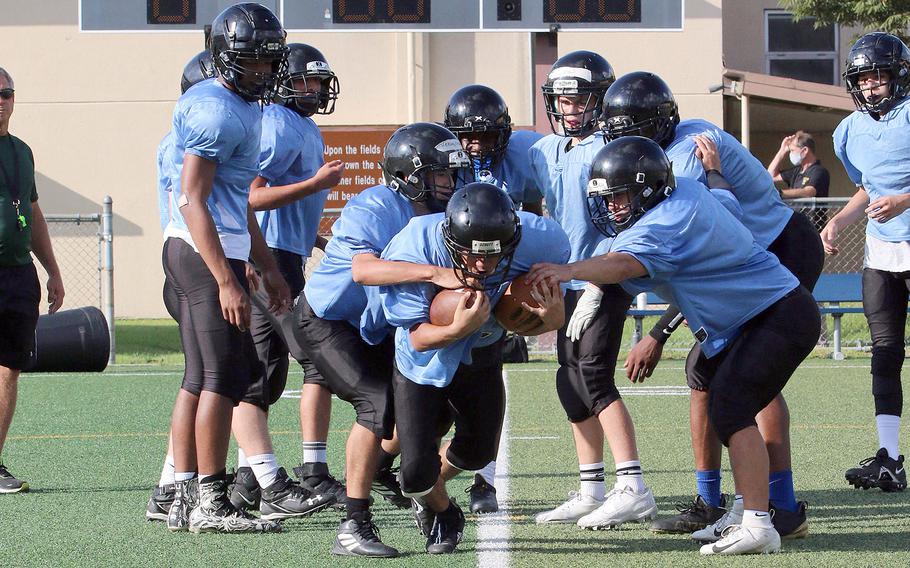 Running back Troy Abinsay is one of 26 players out for Osan football, the most since Jerome Learman took over as coach. But 15 are freshman and more than half have never played football before. (Bailee McCollum/Special to Stripes)

The good news for Osan’s football team: The Cougars have 26 players on the roster, the most that third-year coach Jerome Learman says he’s had during his tenure.

“We are young,” Learman said. Of those 26, only four are seniors and five are juniors. Fifteen on the roster are freshmen “and more than half of our kids have never played football before.”

Osan has but one school to play against this season: Humphreys. The Blackhawks are fielding two teams, Humphreys Gold and Humphreys Black. Daegu didn’t have enough players to field a football team.

“It’s a great group of young men and woman (senior lineman Ingrid Pele) who work hard, but we will only have Humphreys to play,” Learman said.

The Cougars on Friday become the last DODEA football team in the northwest Pacific to open their football season, at home against Humphreys Gold, with kickoff at 6 p.m. 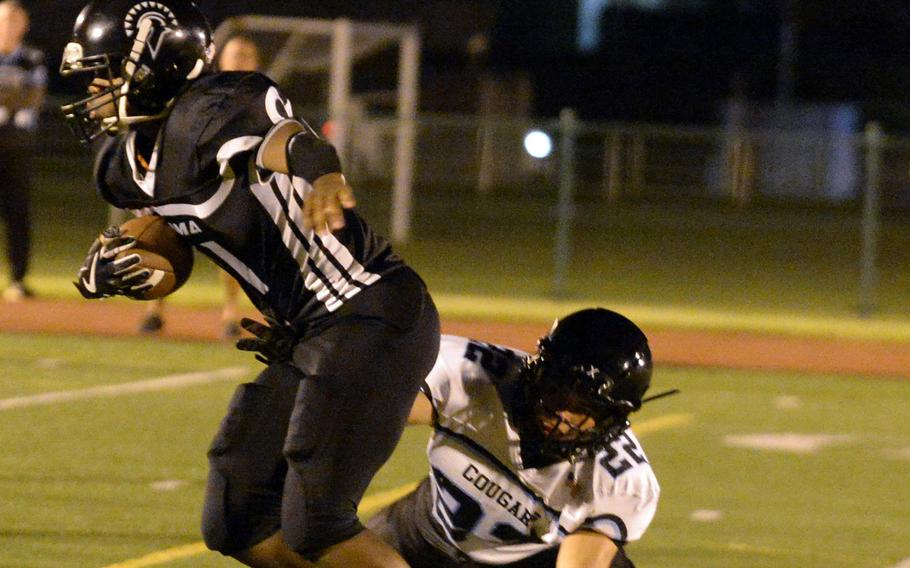 Buy Photo
Osan American's football team has 26 players in uniform, the most in the four years coach Jerome Learman has been at the helm. But 15 of his players are freshmen and more than half the roster has not played before. (Dave Ornauer/Stars and Stripes)

There’s no Far East Division II title to chase this year, due to the coronavirus pandemic which isn’t permitting teams in Japan and Korea to travel to face each other. The Cougars won the D-II title during Learman’s first season, 2018.

Thanks to COVID, there was no 2020 season. Thus like every DODEA-Pacific team, the Cougars are pretty much starting over.

Two returners, senior quarterback Gavin Lunn and junior running back Jaylen Grant, were on the Cougars’ travel squad in 2019.

There is some size in the line, with Pele, senior Damon Turner and junior Nathan Morales Pizarro. Juniors Adam Rutland and A.J. Panboon will line up in the offensive and defensive backfields.

Despite all the obstacles, Learman says he’s looking forward to the challenge of rebuilding.

“They are a hard-working group of players who are eager to learn,” Learman said. “And I’ve had the most fun coaching this team in any of all my years of coaching.” 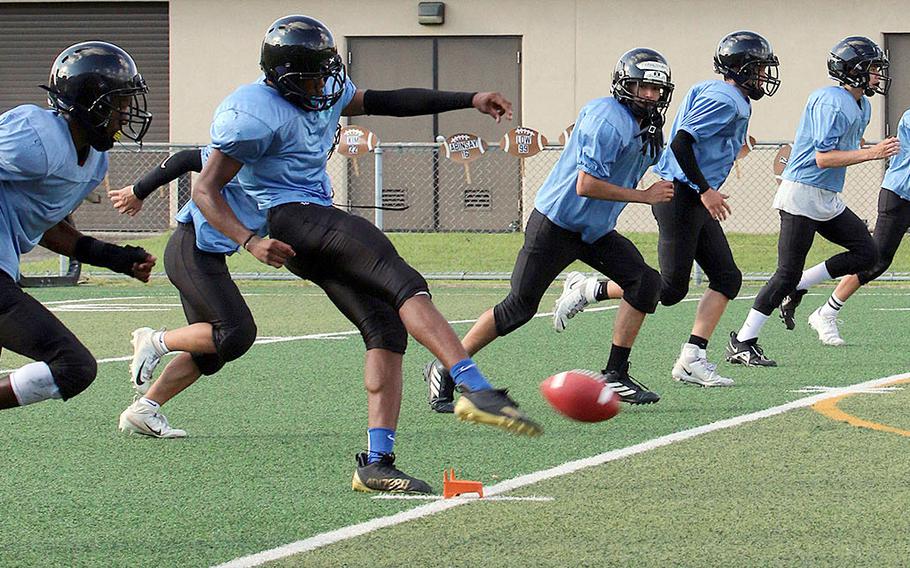 Jaylon Grant, kicking ball, is one of two starters and four players total from the 2019 Osan football team returning this season. (Bailee McCollum/Special to Stripes)

Strengths — Small core of experienced returners in Lunn and Grant. Some size in the interior.

Drawbacks — Though the roster is large in terms of numbers, 15 of the 26 are freshmen and more than half have never played before.