Zama scores in all sorts of ways to win first game 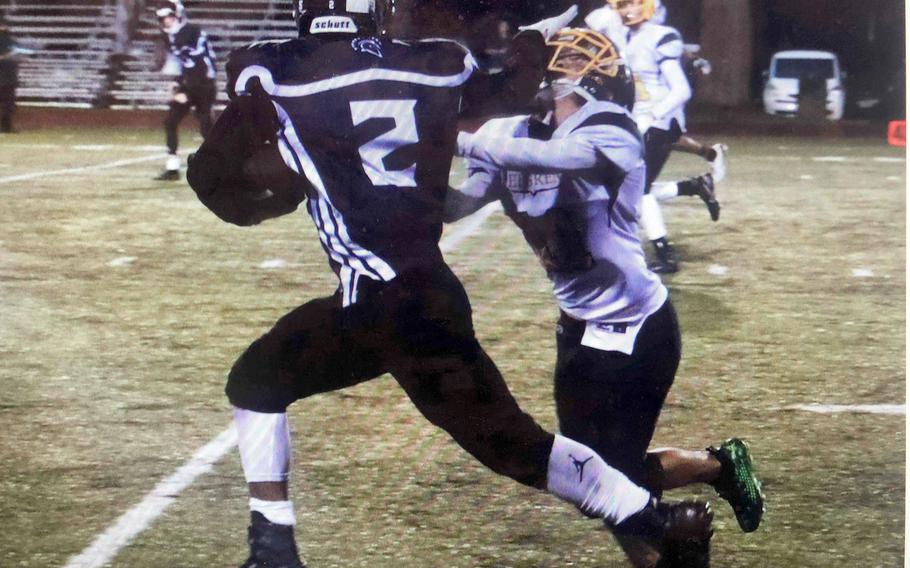 CAMP ZAMA, Japan – With Keshawn McNeill leading the way with three touchdowns, Zama scored on offense, defense and special teams to get in the win column.

Robert D. Edgren, meanwhile, put points on the board, a positive step after being shut out the week before.

McNeill caught a pass for a touchdown and scored twice on special teams, while the defense scored on a pick-six and a fumble return as the Trojans improved to 1-2 with a 48-12 win over Edgren (0-2).

“We talked before the game of that feeling of victory, wanting to experience that and put us on that path to being successful,” Trojans coach Scott Bolin said. “We played almost mistake-free football, which is what we needed to do, and the kids responded well.”

Quarterback Dominic Peruccio and wide receiver Pierce Ingram ran for touchdowns, Caleb Schmiedel returned an interception for a touchdown and Chayden Williams returned a fumble for a score. Kai Kuroda and Ingraham each added interceptions for Zama.

Douglass Tackney took a quarterback keeper for a touchdown and Noah Cruz recovered a fumble for a TD for the Eagles.

“They (Eagles) played a lot better” than they did in a 54-0 loss to Nile C. Kinnick a week earlier, Edgren coach Marcus Thomas said. “They prepared a lot better, they were patient and let things unfold on the field.”

Zama next hosts Yokota on Sept. 24, while Edgren takes on Matthew C. Perry at Yokota High School on Sept. 25.