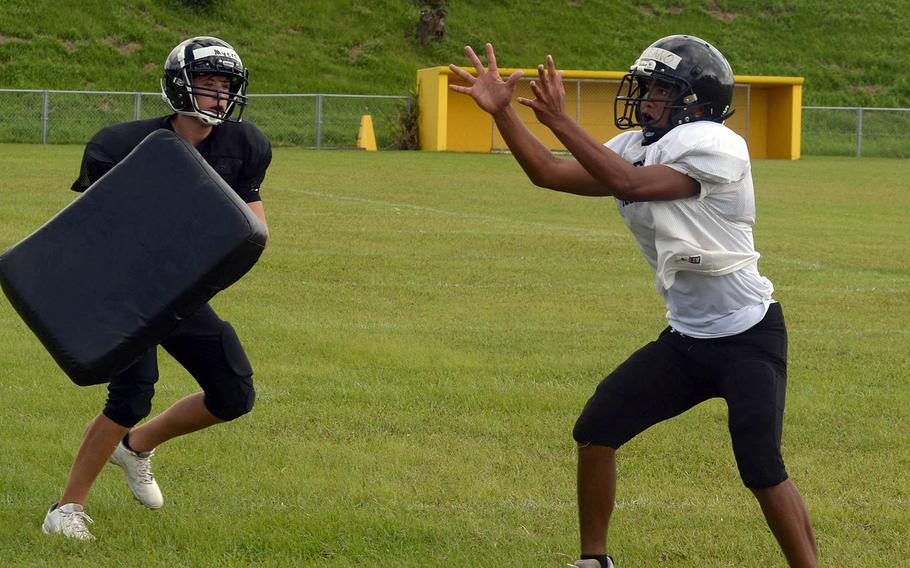 Buy Photo
Receiver Javin Mariano is one of many new bodies on the roster of a Kadena team that coach Sergio Mendoza says is starting from scratch more than it's ever been. (Dave Ornauer/Stars and Stripes)

KADENA AIR BASE, Okinawa – Back in 2019, Kadena coach Sergio Mendoza led the Panthers to their seventh Far East Division I football title.

But due to coronavirus protocols, that’s the last time they’ve taken the field. And only four players are left from that championship squad that opens its season Sept. 24 against Kubasaki.

“We’re starting from scratch, more than we ever have been,” said Mendoza, in his 16th year at the Panthers’ helm. 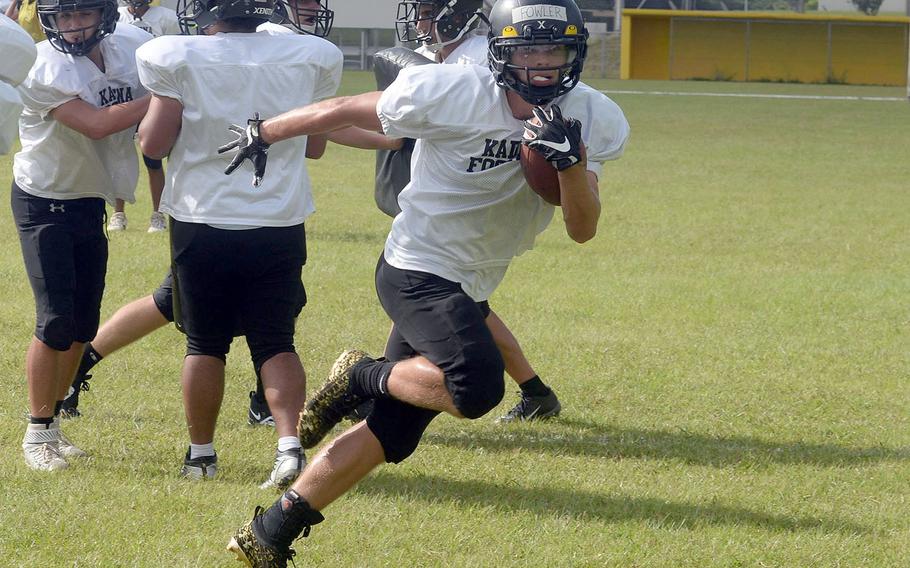 Practice began on Aug. 25, the third day of school. Prior to that, Mendoza said the Panthers didn’t have a summer program, no two-a-day practices in early August, no weight-lifting program to which they’ve been accustomed over the years.

With all those handicaps, “we’re really coming out of the cave as a brand-new team,” Mendoza said. “We’re trying to get going with whatever we can piece together.” The Panthers, Mendoza said, are less concerned with wins and losses at this point, and more with rebuilding what he calls the team’s traditions, ensuring commitment to one another and carrying out individual responsibilities.

“They have a huge task, a huge responsibility, in building back those traditions,” Mendoza said. “We take those traditions very seriously. We’ll deal with the tribulations (of rebuilding) because the payoff is bigger.”

There’s no Far East championship to chase this year, again due to COVID; just the district title with four games against their island rival Dragons.

“It’s been two years since we’ve played,” Mendoza said. “It’s exciting to see the players and the community so excited about football returning.” 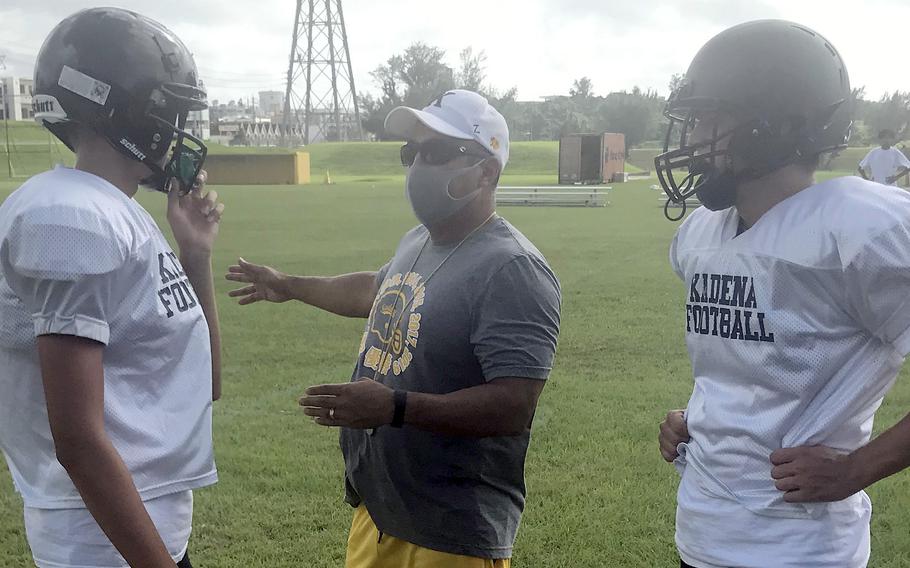 Buy Photo
Sergio Mendoza enters his 16th season as head coach of a Kadena team he says this season is starting from scratch more than ever during his tenure. (Dave Ornauer/Stars and Stripes)

Strengths — A small core of experienced skills players who took the field for the 2019 D-I final.

Drawbacks — Youth and inexperience. Saw 24 players who would have started, either graduate or transfer, if there had been a 2020 season. So pretty much starting from scratch.