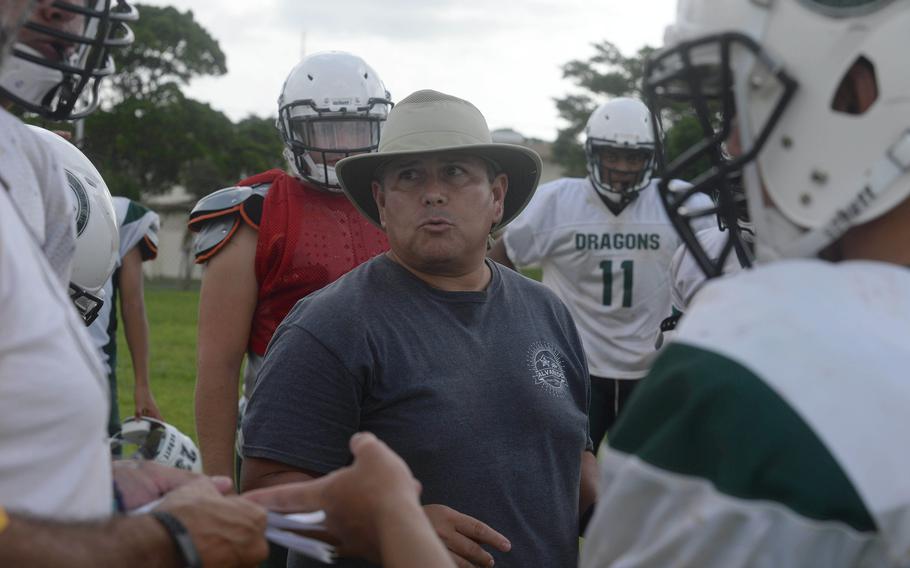 Buy Photo
Tony Alvarado takes over as Kubasaki's head coach after 10 years as a defensive assistant. (Dave Ornauer/Stars and Stripes)

CAMP FOSTER, Okinawa – It’s as uphill a battle as Tony Alvarado says he’s faced in more than two decades as a football coach - the last 10 as a defensive assistant with Kubasaki.

He takes over as head man from longtime coach Fred Bales. The Dragons will have had 3½ weeks of practice leading up to Sept. 24’s season opener at Kadena, the shortest amount of preparation the team has had in the Far East playoff era. And Kubasaki has just two players back from their last full season, 2019.

“So much teaching to do,” Alvarado said Tuesday during practice. “I wish we had started earlier. Three days after school started (Aug. 25). We’re behind. So’s Sergio,” he said of his rival coach Sergio Mendoza and Kadena.

Then, there’s the fact that Alvarado hasn’t been a head coach since he helmed Osan in the late 2000s, winning the first Far East Division II championship in 2005.

He calls assuming head duties from Bales, who won two Far East Division I titles with Kubasaki, as a “huge responsibility. It’s hard to do; it’s been years since I’ve been a head coach,” Alvarado said.

“But it’s very exciting to be out here with the kids; they make me like coaching,” he said. “It’s exciting to bring a little of what you know to the game, pick up where Fred left off.” 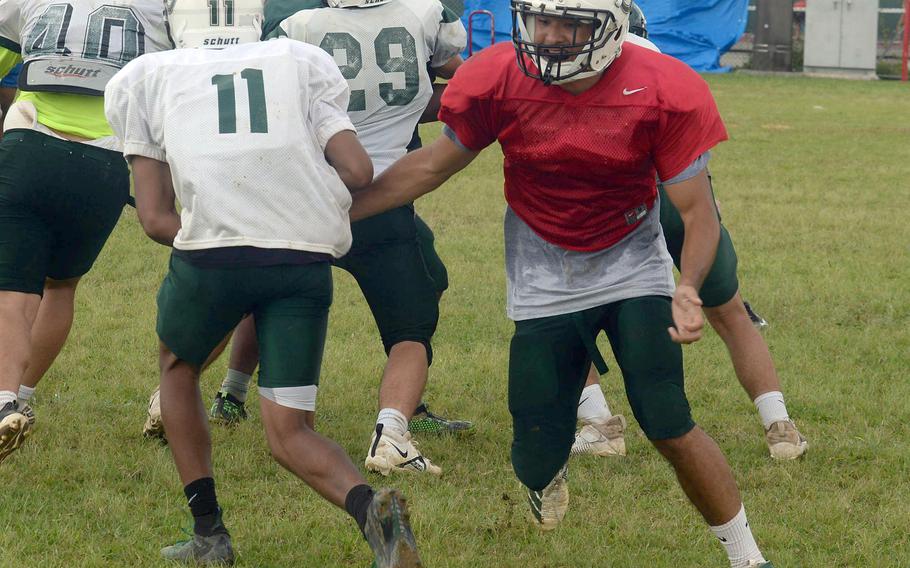 Buy Photo
A.J. Militte, a junior, moves up from Kubasaki's 2019 junior varsity to take over at quarterback. (Dave Ornauer/Stars and Stripes)

But there is a drawback to that, Alvarado said. “We’ve got size, but we’re paper thin,” he said. “We have a lot of young guys who’ve never played football before.”

It’s a question of how quickly the Dragons gel as the season begins. There’s no Far East title to chase this year, only four games - two home and two away - against the Panthers.

Despite that, “the kids are hungry,” Alvarado said. “They’ve been wanting to play football for a long time. We’ll see how we do.”

Strengths — Size in the interior on both sides of the ball. Some experience in the skills positions.

Drawbacks — Lack of depth, inexperience throughout the roster. Pretty much starting from scratch following a COVID-induced gap year.