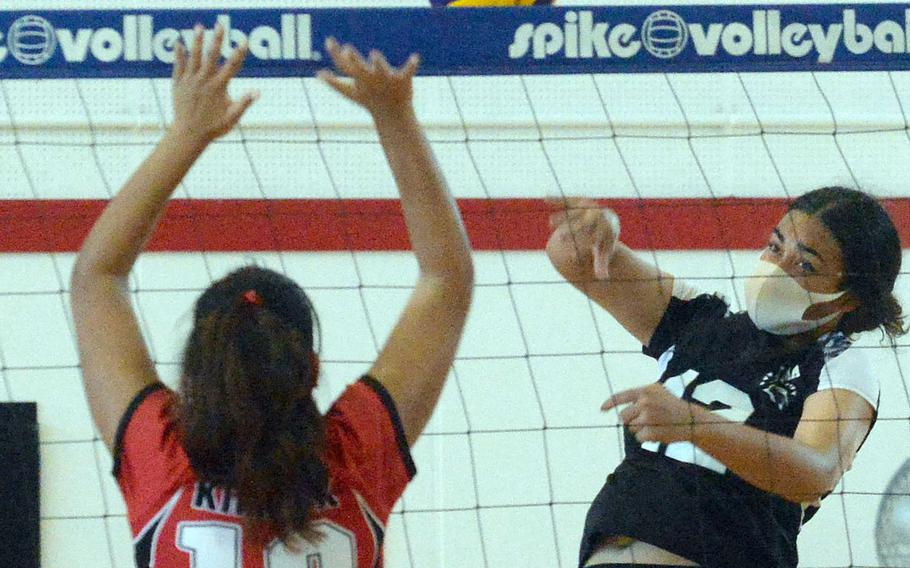 What they got instead was a four-match sweep, two apiece over host Zama, the 2019 Far East Division II Tournament champion, and Nile C. Kinnick, which the Eagles hadn’t beaten in five years.

“We expected Zama and Kinnick to be tough games,” said Johnson, a freshman who averaged more than eight kills in the Eagles’ four straight-set victories. “Our practice paid off.”

It was also a spectacular debut for Paul McCarthy, who assumes the reins from Sarah Richardson - who retired in June after 33 years of teaching and coaching in DODEA. The Eagles also got off to a 4-0 start for the first time in school history.

“I wasn’t expecting anything,” McCarthy said. “I knew they were ready. They just played fantastic.”

McCarthy was effusive about Johnson’s performance. “She was on fire,” he said. “She was killing it from the front to the back row. She’ll be the one to watch for.”