Zama aims to return to 2019 heights 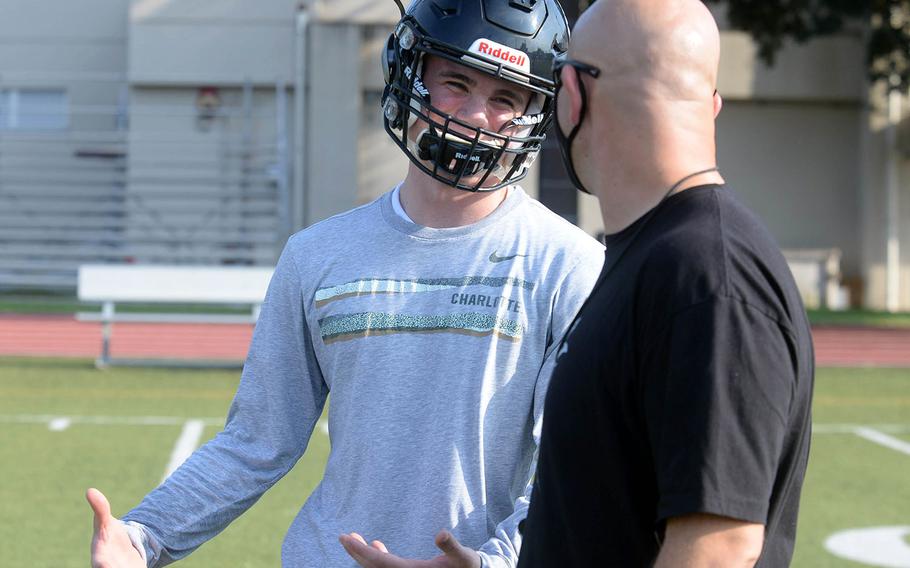 Buy Photo
Zama senior quarterback Dominic Peruccio chats it up with coach Scott Bolin. Bolin is in his sixth season at the Trojans' helm and Peruccio returns after two years of playing football in Texas. (Dave Ornauer/Stars and Stripes)

Now a senior, Peruccio has returned and will quarterback a Trojans team that hasn’t lost a game since that heartbreaking defeat, winning all six games in 2019 before the coronavirus pandemic-induced 2020 gap year.

“Coming from Texas, he’s bringing a depth of experience,” Bolin said of Peruccio. “And he has slipped seamlessly back into the system he left.”

For his part, Peruccio said he was thankful that football was revived after the 2020 shutdown. 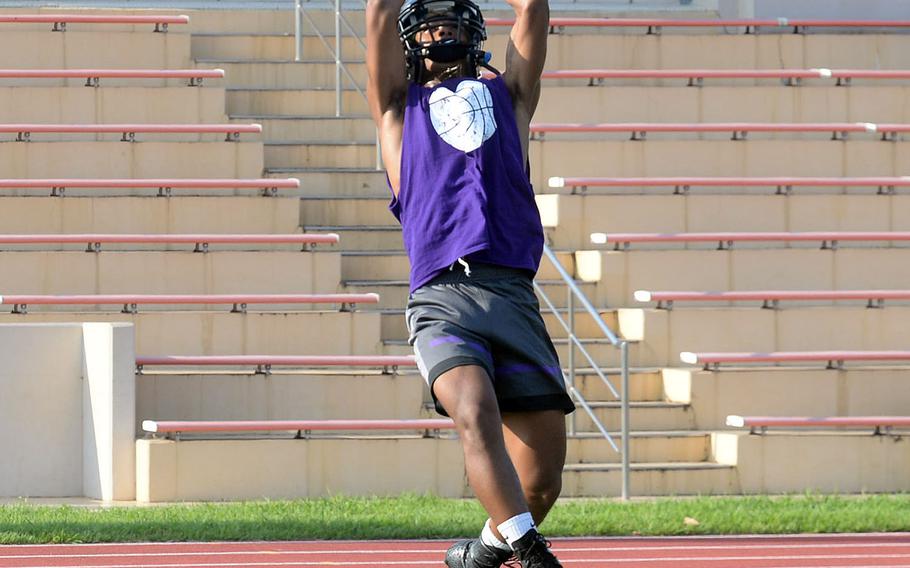 Buy Photo
Senior Keshawn McNeill is one of a handful of skills-positions players returning for Zama. (Dave Ornauer/Stars and Stripes)

“It would have been very rough” had the sports lockdown been extended through the 2021 football season, he said. “Thank goodness things cleared up and we can have a season.”

Peruccio returns to a Zama team that sports a wide-open pass-oriented attack that led DODEA-Pacific in 2019 with 44.8 points.

While not at the championship level they achieved in 2019, Bolin said he feels the Trojans can shake off the rust and come close by midseason.

“Our rebuild is looking better every day,” Bolin said, adding the thing that most pleased him is how younger players are getting a better grasp of the sport as summer camp has progressed.

“We’re young (but) in these past three weeks, they have rapidly built up. Our assistants have done a great job of building these guys up, which speaks well for our potential growth.”

The Trojans’ first two games should reveal how much the Trojans need to work on, Bolin said. Zama hosts Division I Nile C. Kinnick at Naval Air Facility Atsugi on Friday at 6 p.m., then hits the road Sept. 4 for a game at Perry.