Eagles welcome chance to get back on field 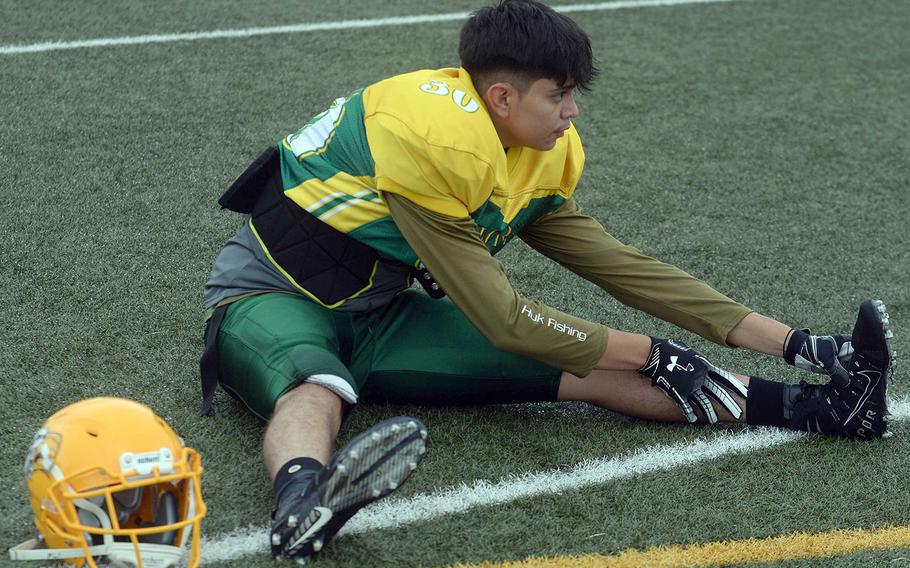 With no football to play last fall due to the coronavirus pandemic, Douglass Tackney picked up a tennis racket and played in-school intramurals, rather than sit idle and not play anything at all.

But football is back in DODEA-Japan for the 2021 season, and Tackney, who played for Robert D. Edgren as a freshman and sophomore, has returned to the sport he prefers.

“It was a good experience, doing a new sport,” Tackney said of tennis. “I’m glad I did it. But I missed football. Tennis is a one-on-one type sport. With football, you have more of a team feeling.”

Tackney, a senior, lined up in the backfield and at defensive back in his previous seasons. For the moment, he’s listed as one of three who can play quarterback. Buy Photo
Despite the 2020 gap year, interest in Robert D. Edgren football hasn't waned; 28 players are out for practice in advance of Saturday's opener. (Dave Ornauer/Stars and Stripes)

That could be a game-time decision between Tackney, senior Dennis Nelson and strong-armed freshman Jayse Ulechong, according to new coach and prior Eagles assistant Marcus Thomas.

“We know (Tackney and Nelson) can step into the quarterback role and perform extremely well,” Thomas said. “Ulechong can really throw the ball, which would give us the ability to keep Doug and Dennis at their primary positions.”

Besides Tackney and Nelson, two others return from the 2019 season, slot back Axel Nogueras and center Noah Cruz. A handful of new seniors have transferred in “who are really helpful,” Tackney said.

The 2020 gap year didn’t cause interest in the Edgren program to wane; the Eagles have 28 players out for practice. Thomas takes the helm from Jeremy Sanders, who continues as a part-time assistant. 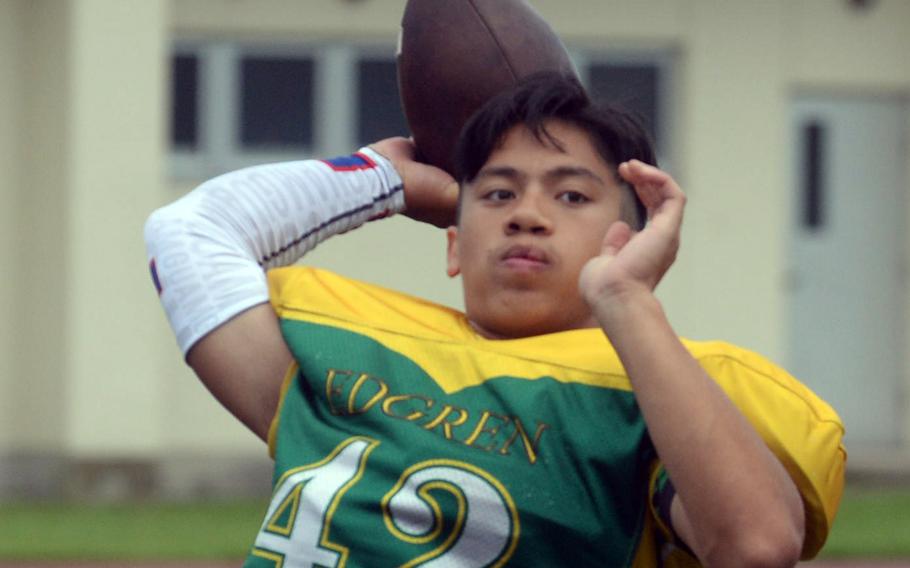 Buy Photo
Senior Douglass Tackney is one of three Robert D. Edgren players who may start at quarterback. (Dave Ornauer/Stars and Stripes)

“He’s been a huge mentor,” Thomas said. “He’s showed me how he’s run the program, so we can build on that into the future.”

Edgren’s season opener was put on hold for two weeks due to equipment issues, DODEA officials said. The Eagles were scheduled to visit Yokota on Saturday; that game has been rescheduled for Nov. 6, and the Eagles will instead open at home against Nile C. Kinnick on Sept. 11.