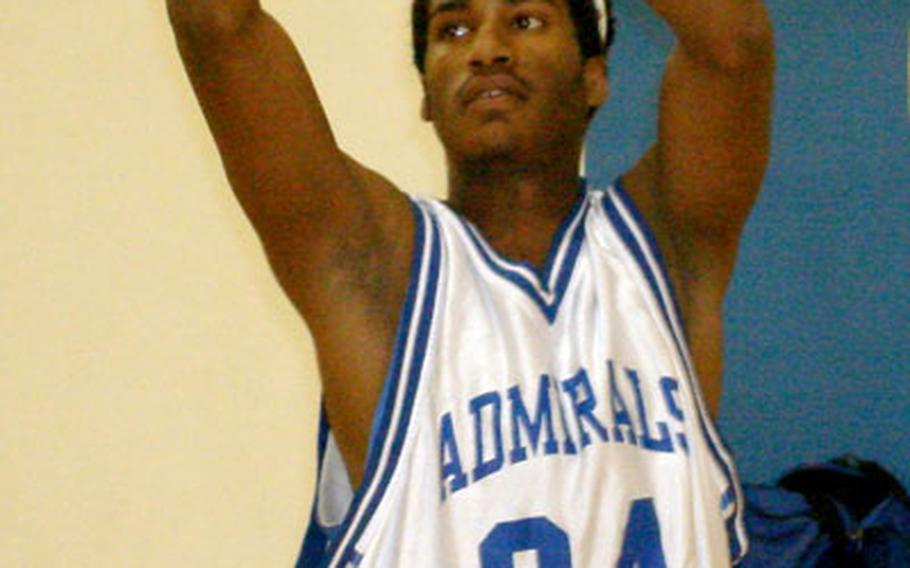 Rota&#39;s Jeffrey Shelton has quickly made an impact with his new team. He&#39;s averaging 27 points and 13 rebounds per game through four games this season. (Joshua Garrison / Special to S&S)

For the season, he&#8217;s averaging more than 27 points per game. Guess that transition to point guard&#8217;s going pretty well.

Good decisions, mind you, in the whole new environment of international basketball.

No one got much chance to drape himself over Shelton on Saturday: Almost all of his points came off drives to the basket.

Shelton said the international rules took some getting used to. For example, there&#8217;s that extra step off the dribble or pass the rest of the world permits, or allowing rebounders into the lane as soon as the free-throw shooter releases the ball.

Shelton said he doesn&#8217;t take advantage of international quirks such as the extra step.

Clinging to U.S. rules can work against you, however.

But not on the scoreboard. Unbeaten in three games and with scorers such as Tyrell Boddie, Alan Dowden and Zach Collins on the floor with Shelton, Rota already ranks as a team to watch for the European D-III tournament in February.

Ben Anderson, who coached Rota to a European title in 2005, sees no reason Shelton won&#8217;t make an impression in his first European tournament.