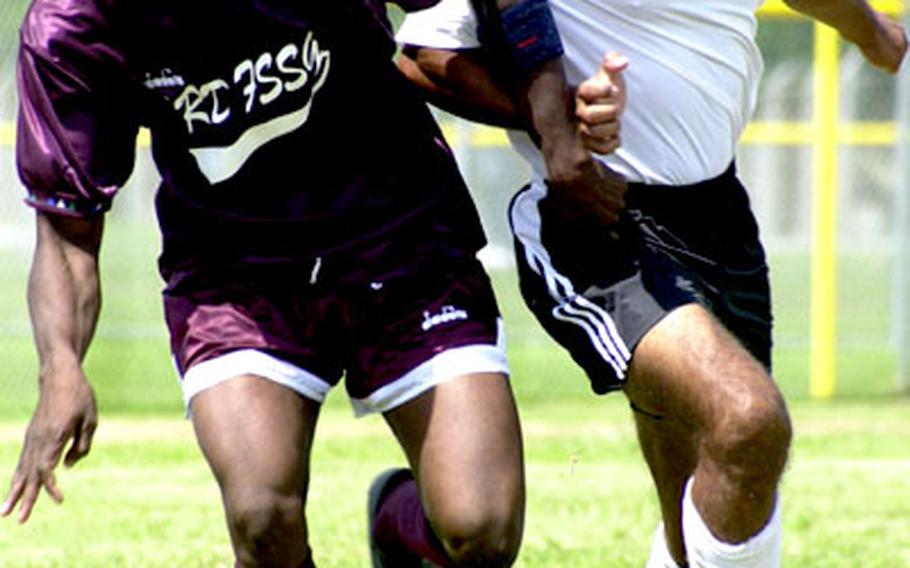 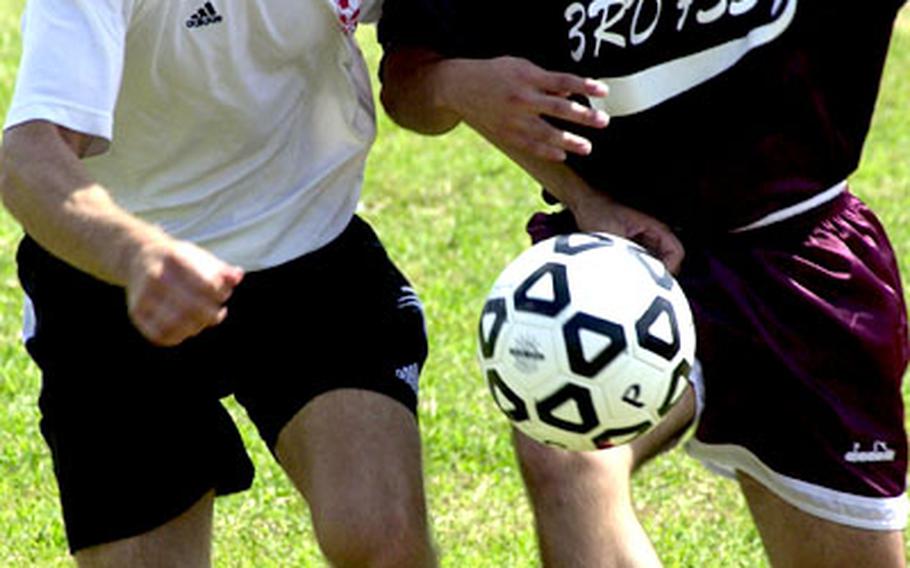 The defending Marine Forces Pacific Regional Tournament champions welcomed back just three players from the squad that won the title twice in four years &#8212; a lack of experience not obvious from Monday&#8217;s opening round-robin game.

&#8220;That bald head is gold,&#8221; coach Gerry Panetta said of Gibson, who netted two of his three goals on headers off throw-ins from sweeper and team captain Bob Thurston.

Gibson, Thurston and winger Jimmy Sumaya are the lone familiar faces on a Hawaii squad that lost most of its lineup, including 2002 tournament MVP Ian Brooks, to transfers over the summer and deployments in support of Operations Iraqi Freedom and Enduring Freedom.

As a result, he&#8217;s has had to juggle his lineup, moving Gibson from a customary front spot to midfield.

Despite its losses, Hawaii appeared in mid-tournament form Monday, thanks, Panetta said, to practicing two or three times a week for six weeks, and to three warm-up matches.

Also facing the 2003 tournament minus most of the players who led the team to its two straight titles: 3rd Force.