King boys break through with victory over Zama 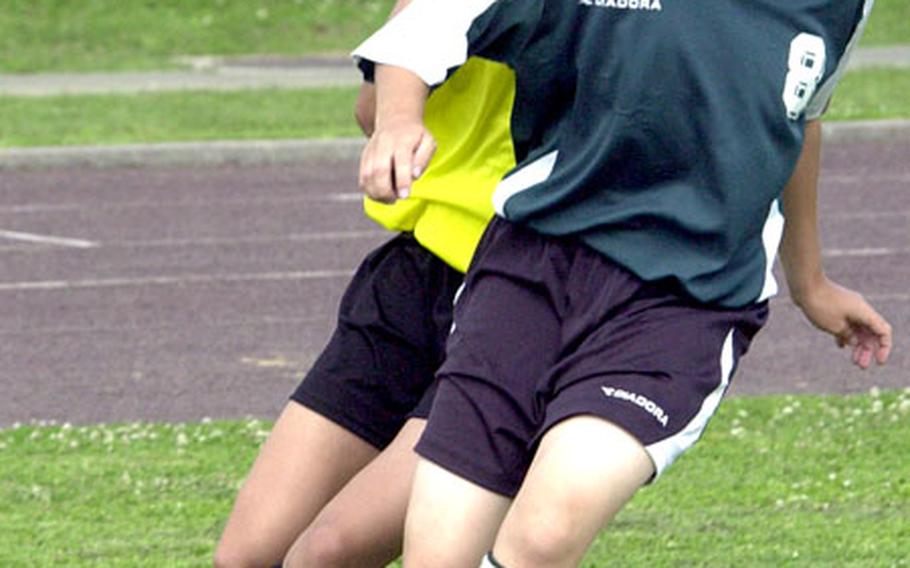 E.J. King, a Class A school from Sasebo Naval Base with an enrollment of about 125, got its first victory over a Class AA school since the 2002 season, routing Zama American 6-1.

Barr credited the victory to lineup changes, most importantly moving defender Keith Sampson up to center-midfield.

The Cobras improved to 3-9 and dropped the Trojans to 5-5. The three victories eclipses their total of the last two seasons, including two Class A tournaments in which E.J. King scored only two goals.

Barr feels the best may be yet to come, with the Far East Class A tournament three weeks away.

Kubasaki&#8217;s Smith finally gets back on track

CAMP FOSTER, Okinawa &#8212; Sidelined by a stress fracture in her right foot during basketball season, Serafina Smith had waited until nearly two months into the Okinawa Activities Council track-and-field season for the injury to heal.

She returned in grand style on Friday, running the 100 hurdles in 16.06 seconds, more than three seconds ahead of her nearest opponent and putting a big smile on coach Charles Burns&#8217; face.

The senior went unbeaten a year ago in the hurdles, long jump and 200 and ran the first leg of Kubasaki&#8217;s unbeaten 1,600 relay team.

On Friday, Burns brought Smith along conservatively, only running her in the hurdles and one of the legs of Kubasaki&#8217;s third-place 400 relay team.

Burns plans to turn Smith loose during Friday&#8217;s OAC district finals, then take her with the team to Tokyo for the May 14 Kanto Plain Association of Secondary Schools finals, where Kubasaki will compete as invited guests.

Friday at Kadena Air Base, Okinawa

Friday at Kadena Air Base, Okinawa