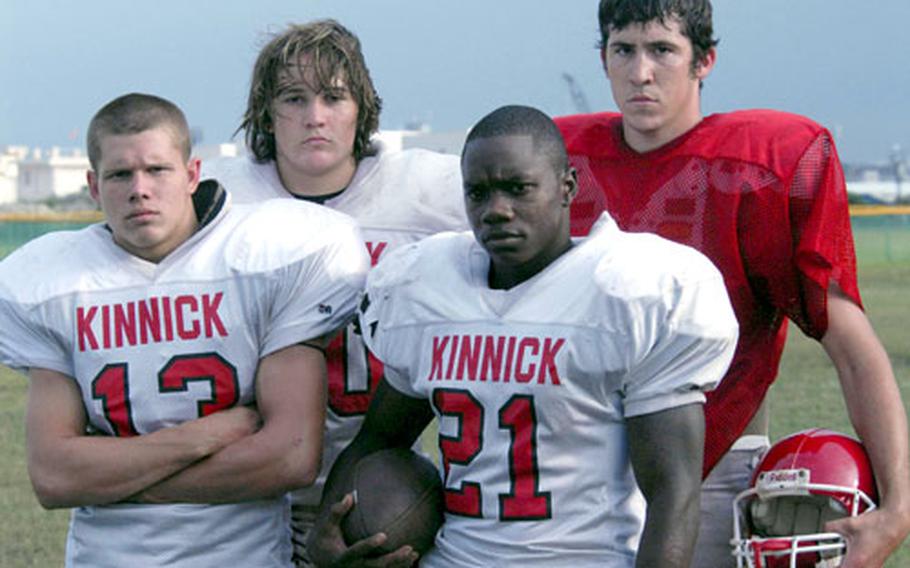 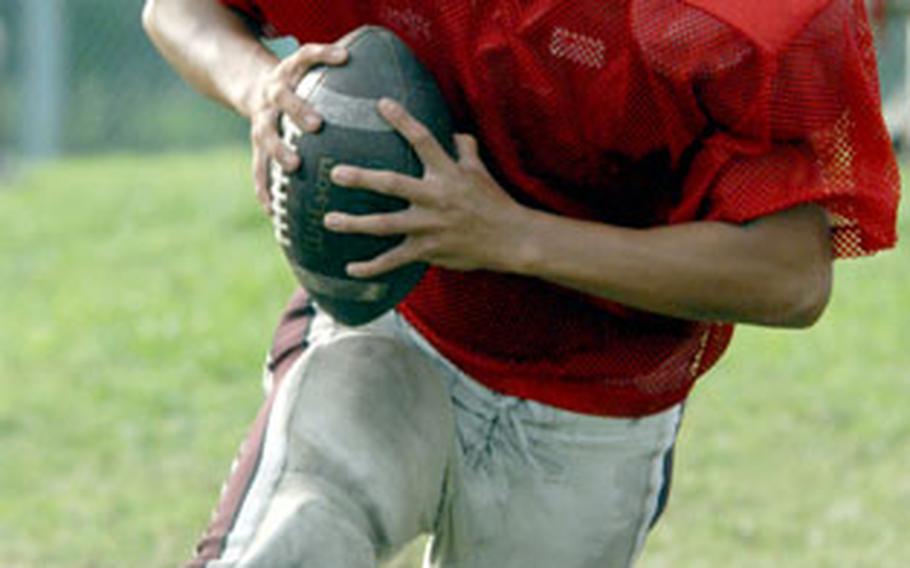 YOKOTA AIR BASE, Japan &#8212; After seven seasons as the Department of Defense Dependents Schools-Pacific high school football juggernaut, the Yokota Panthers are starting over.

Now, Panthers coach Tim Pujol finds himself with a team as thin in numbers and small in physical size as any in his eight seasons at the helm &#8212; and rivals Zama American and Nile C. Kinnick appear on the rise. There&#8217;s even talk that with enrollment dwindling to 329, Yokota might drop from Class AA to Class A for the coming season.

Might this be the year parity returns to the Japan Football League and Kanto Plain Association of Secondary Schools?

Still, just the numbers could give other teams hope: Yokota began its two-a-day summer workouts with only 18 players; usually, between 35 and 40 show up.

Since then, up to 51, with about half earmarked for varsity play, have shown at practice. But after injuries in two preseason scrimmages with Japanese teams, Yokota enters Friday&#8217;s opener with a roster of 21.

In no way is Yokota&#8217;s cupboard bare, though. Eight players, including five starters, return, including junior running back Anthony McNeill, who was second in the JFL last season with 788 yards on 95 carries.

Yokota will decide Sept. 8 whether to remain at Class AA or drop to Class A, Pujol said. Meantime, it still has one winning streak to maintain: 32 regular-season games since 2002.

It might seem relevant for Kinnick, with its largest roster in numbers and size since it went unbeaten in 1996 to win the Kanto Plain title.

Matt Martinez, back as Red Devils coach after a year off, said he hopes a line-up including JFL rushing champion senior Larynzo Abernathy finally can put Kinnick over the top.

After two second-place campaigns, &#8220;they&#8217;re tired of &#8230; being runner-up,&#8221; said Martinez. His squad lists transfer brothers Clay and Chad Atchley from Texas and a host of holdovers including senior fullback Andrew Preston.

Second-year Zama coach Victor Rivera plans to do far better than the last winless season, he said. Spending part of the summer visiting Miami Dolphins workouts made him &#8220;much better prepared and organized to manage a team this year,&#8221; he said.

Rivera will rely on a core of seniors, including twin-skills position backs Quenton and Quincy Howard and burly Aaron Tabor.

Rivera&#8217;s strict behavioral rules last season, even down to a shirt-and-tie dress code for road trips, appear to have taken hold.

The demeanor for the Robert D. Edgren Eagles, 2005&#8217;s Class A runner-up, might be summed up in two words: rebuilding year.

Strengths: Core of eight returnees, the most Pujol has had in several seasons.

Overview: Reloading. Panthers are still champions until somebody knocks them off but if any year is the year to get them, this is the one.

Strengths: Depth, size in the interior, as big a team as the Red Devils have had since their unbeaten 1996 season.

Overview: Contending. As complete a Kinnick team as has stepped on the field since its run of four straight Kanto Plain titles, 1995-98, but needs to beat Yokota to legitimize it.

Returning starters: All 15 started at least one game.

Overview: Rebuilding. If no injuries occur to key players, a few wins are possible. Gaining confidence through an early victory or two is crucial to this team&#8217;s hopes.