Zama American&#39;s distance specialist, Andrew Quallio, takes command on the first lap of the boys mile. Quallio won the event in a meet-record 4:37.57, topping the old mark of 4:46.8 set by Tim Nabonne of Kadena two years ago. (Dave Ornauer / S&S)

Zama American&#39;s distance specialist, Andrew Quallio, takes command on the first lap of the boys mile. Quallio won the event in a meet-record 4:37.57, topping the old mark of 4:46.8 set by Tim Nabonne of Kadena two years ago. (Dave Ornauer / S&S) 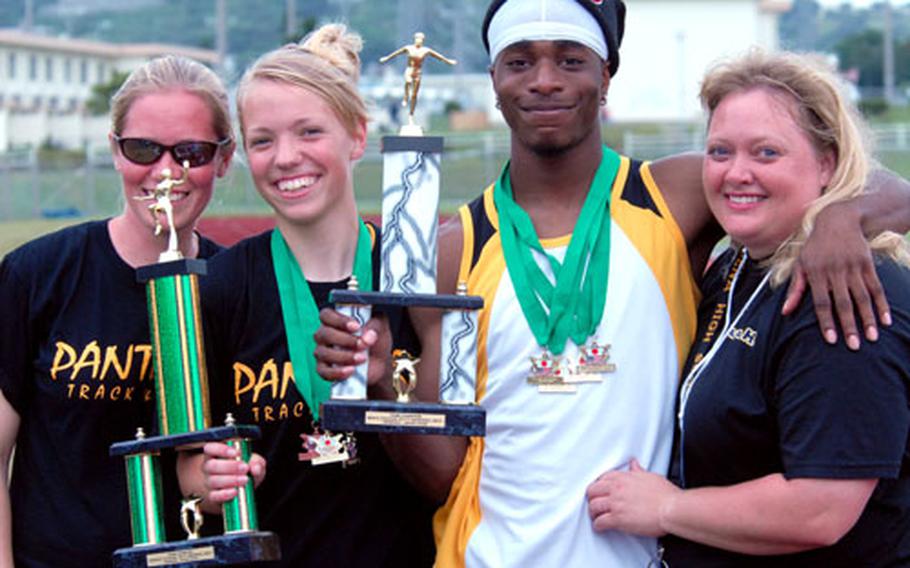 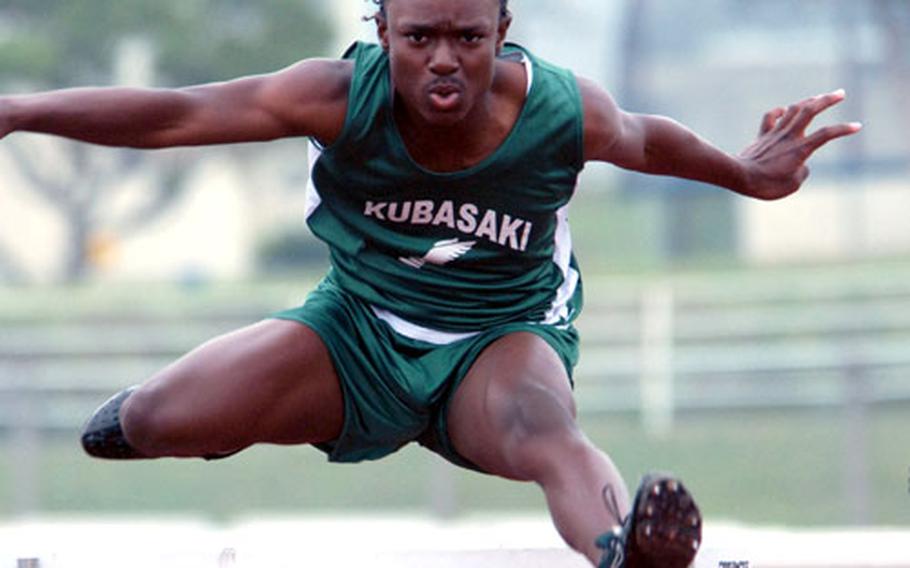 Marquette Warren of Kubasaki, Shun Bowens of Kadena and Sung Jun Son of Christian Academy In Japan charge toward the finish of the boys 100 meters. Bowens prevailed in 11.64 seconds; Warren was second in 11.82 and Son third in 11.83. (Dave Ornauer / S&S) 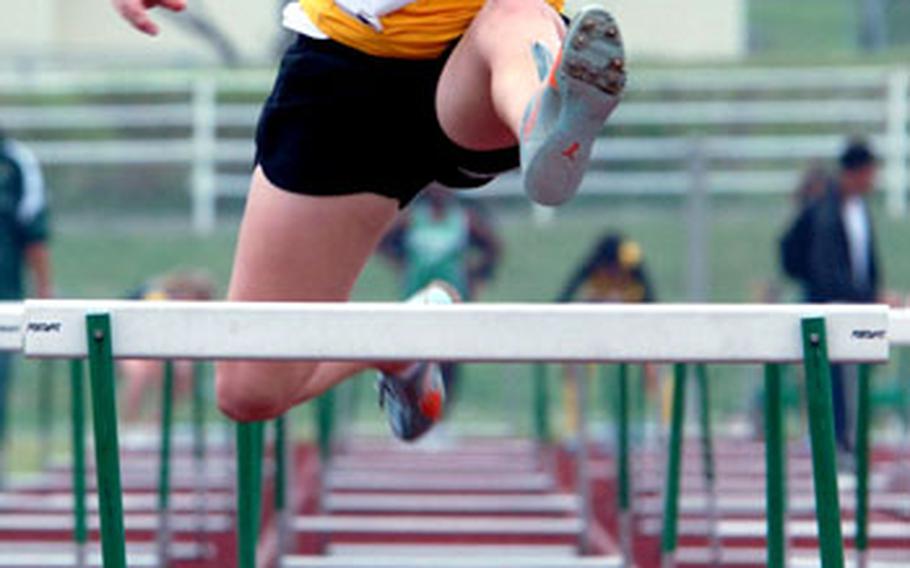 It was the best performance in the Petty meet by what Pulaski calls one of the strongest girls programs in school history.

Leading the record rewrite parade once again was Zama American&#8217;s Andrew Quallio. The junior distance specialist took command on the first lap of the boys mile and never looked back, running a 4:37.57, shattering the 2-year-old meet record of 4:46 set by Kadena&#8217;s Tim Nabonne.

As in his record-breaking two-mile triumph Friday, Quallio said he was most concerned with the presence of Guam island cross-country champion Christopher Magtoto, who kept within sight of Quallio all the way.

Already his school&#8217;s record holder, Quallio dropped his personal best by two seconds. He feels that 4:35, or perhaps even the Japan area record of 4:28.3 set six years ago and the two-mile mark of 9:38.9, are within reach.

Like Quallio, middle distance record-setter Blake Bannister of Christian Academy In Japan was involved in two record performances over the weekend.

The Knights and teams from other Tokyo-area international schools were competing in their first meet of the season.

In her fourth Petty meet, senior Nako Nakatsuka of Tokyo&#8217;s International School of the Sacred Heart broke the mile record. She ran a 5:35.69, bettering the mark of 5:39 set by Kubasaki&#8217;s Crystal Sandness four years ago.

Masanori Nagashima went six innings and struck out 13 as the Titans edged Kubasaki 4-2 to go 2-0 in the two-day, round-robin tournament.