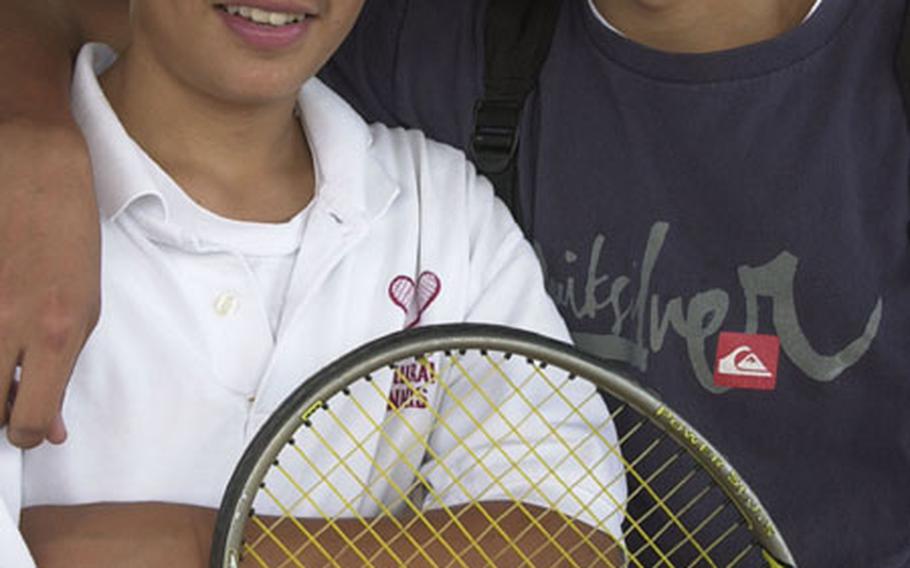 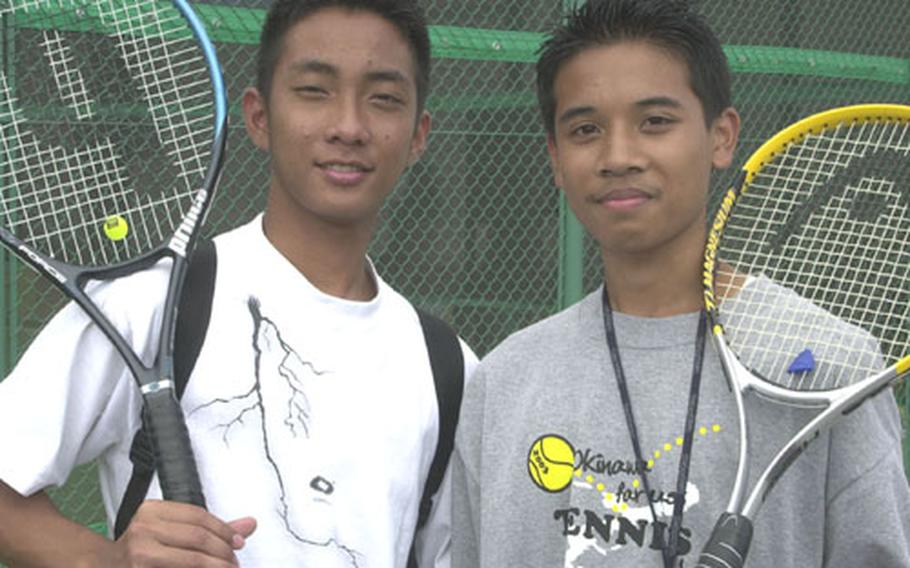 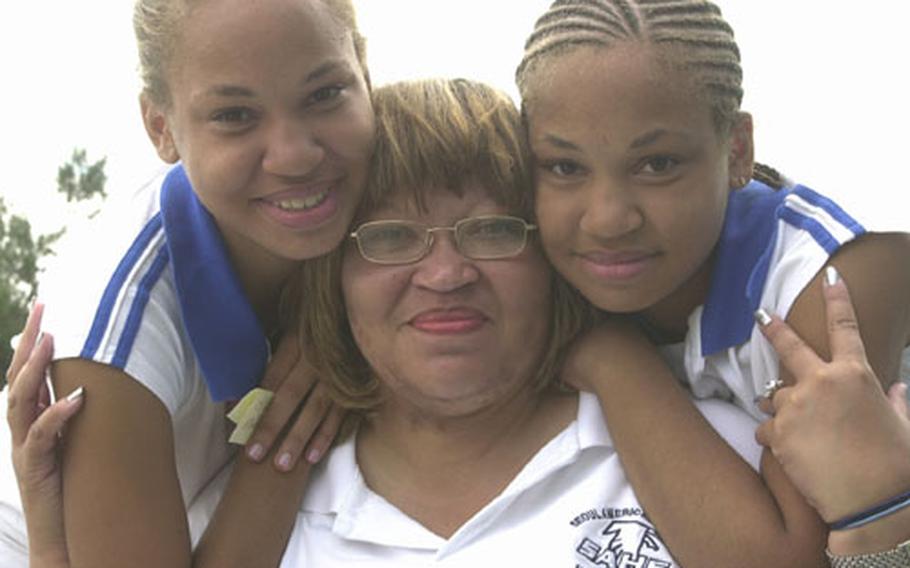 KADENA AIR BASE, Okinawa &#8212; &#8220;Hey, anybody seen my brother&#8217;s cap?&#8221; Andrew Soroka asked as he walked around the Risner Tennis Complex, seeking headgear to ward off the sun during his brother Anthony&#8217;s boys singles quarterfinal.

The Kadena Panthers&#8217; No. 1 singles seed already had been ousted in the second round of the Far East High School Tennis Tournament a day earlier but that wasn&#8217;t going to stop him from helping another teammate advance.

The sophomore didn&#8217;t win &#8212; but became the last DODDS-Pacific hopeful to lose in the boys singles main draw.

Say this for the Sorokas and the other pairs of siblings in the Far East meet: They keep tennis in the family.

Browsing the tournament program can seem much like reading a family tree. Besides the Sorokas of Kadena, there were:

Besides their family roots, the siblings all said they have a common denominator: pushing each other to do better on the court.

&#8220;We&#8217;re really competitive and always trying to outdo each other, and it makes us try harder,&#8221; Mary Edwards said. She and her brother each are six-year tennis veterans.

Does that sometimes spill over into sibling rivalry?

But while they play sportsmanlike one-upsmanship games with their siblings, they also make sure to look out for them.

Darren added, &#8220;We watch to see what are the strong points and weak points of each opponent and support each other. We learn a lot, watching other people play, their techniques, and add them to our games.&#8221;

And they add much to their games, particularly for, the international school players who dominated the singles draws.

&#8220;Some people here are really good, more experienced than we are,&#8221; Matt Bierschenk said. He and his brother are soccer players trying tennis for the first time.

No matter that none of the siblings managed to make it to the semifinals.

Somebody must have forgotten to tell Amy Lopes she is just a freshman &#8212; a freshmam with plenty of promise, ability and talent but a freshman, not expected to contend for the Far East girls singles title until the next tournament in two years.

Lopes said she felt no major pressure. Rather, she was having the time of her life.

Only four times has a DODDS-Pacific player won a Far East tournament singles title, most recently Theresa Felix of Kubasaki, eight years ago.