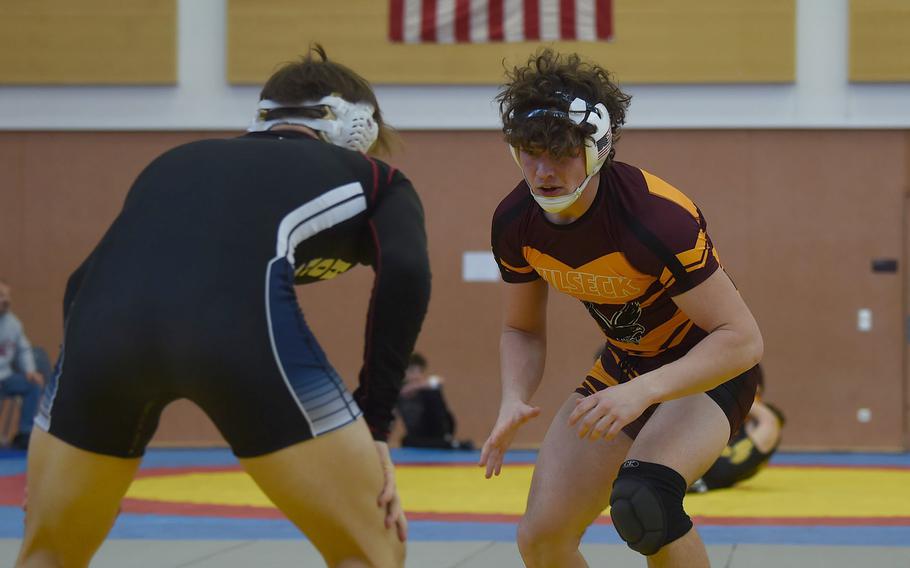 VILSECK, Germany − There weren’t that many wrestlers not sporting black and gold singlets honored as weight class champions Saturday. But Vilseck’s Garrett Hyten was one of them.

The junior who competes at 175 pounds kept a perfect season alive at a five-team meet hosted by the Falcons at an event generally dominated by perennial power Stuttgart.

“I just went out there and put the pedal to the metal” Hyten said. “I wanted to be aggressive every second of the match.”

Having previously wrestled both of his opponents this season, Hyten seemed to know what to expect on the mat. With his first match ending swiftly in a pin, Hyten’s second match boasted more of a challenge.

But having faced Hohenfels junior Joel Workman many times in the past, Hyten felt confident of coming out on top. And he did in a 5-1 decision.

Both Hyten and Workman should see some new competition next week as Vilseck and Hohenfels travel across the Alps for a meet in Aviano. That meet should give Hyten a good idea if he can expect to improve on last year’s third-place finish at the championships in Germany. 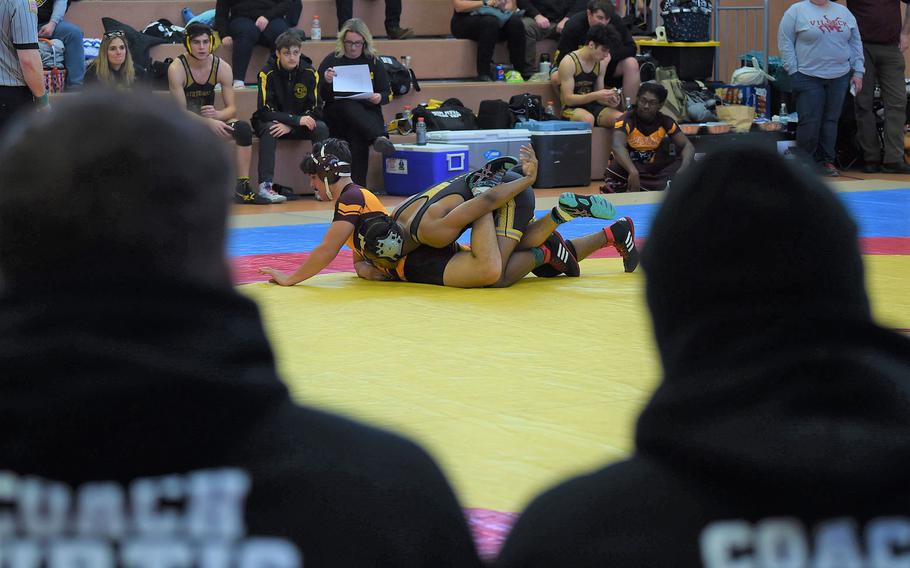 Stuttgart senior Josiah Doughty throws Vilseck senior Pierre Fuentes to the mat as both Stuttgart coaches watch on. Doughty closed out the 150-pound weight class with his third win of the day against Fuentes. (Michael Slavin/Stars and Stripes)

“Our plan for the rest of the season is to just keep winning and keep improving,” Stuttgart senior Josiah Doughty said. “There is not much time left, but there is always room to grow.”

Doughty said the team’s success comes from the cohesive bonds it has formed. The Panthers are always looking to help one another improve, he said.

Doughty himself picked up three wins on the day at 150 pounds and improved to 14-1 on the season. 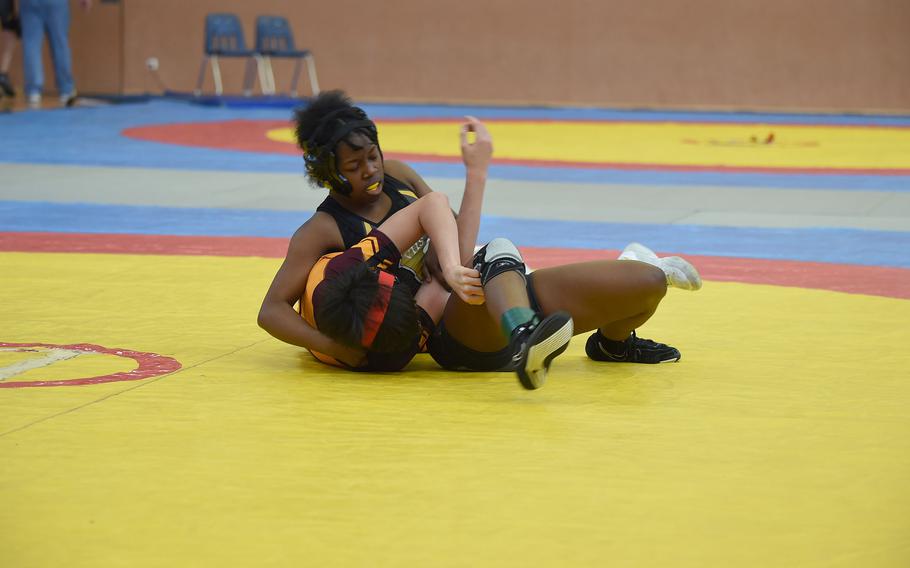 Vicenza junior C’Nia Ford works to gain control of her opponent, Vilseck’s Jayden Cruz, before pinning him to win the last match of the morning before the break. Competing at 106 pounds, both opponents were able to rack up double digits in points before the pin. (Michael Slavin/Stars and Stripes)