Raiders on target at first meet in Alconbury since 2019 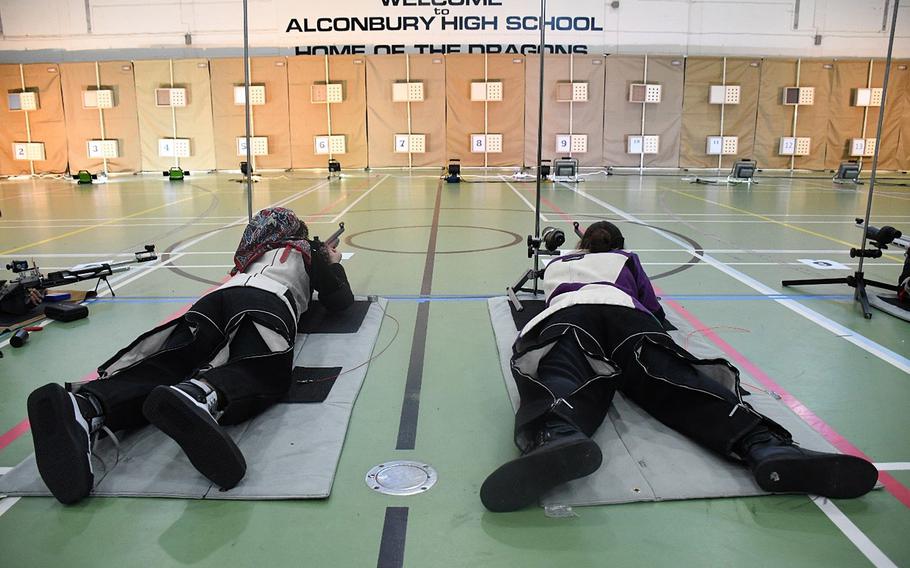 Kaiserslautern teammates Ann Mcray, left, and Katelynn McEntee take practice shots before starting the prone part of the competition Saturday, Dec. 10, 2022, at RAF Lakenheath, England. Shooters are given a warmup phase of 5 minutes prior to attempting shots for the record. (Kyle Alvarez/Stars and Stripes)

RAF ALCONBURY, England – Other than its counterpart in Vicenza, Alconbury is about as remote as it gets when it comes to DODEA-Europe marksmanship.

In fact, thanks in part to the coronavirus pandemic, the Dragons hadn’t hosted other teams in person since 2019. That changed Saturday as six schools from the continent made the trip across the English Channel to compete in the season’s second week of action.

Kaiserslautern came out on top with a team score of 1,121. The Raiders’ Lana Le took first overall with a score of 286 (out of a possible 300) and teammate Katelynn McEntee was third at 285. Alconbury’s Daniella Pantoja also scored a 285, but grabbed second thanks to more bullseyes.

“The competition is really strong in this conference,” Raiders coach William Conley said. “That is what I really love about coaching this sport. Even though there is a strong sense of competition, it is very friendly. People are here to help one another. Watching the kids come together and get to know each other as the coaches get to know each other, it just makes for a great season.”

The Dragons came in second with a final score of 1,104 – bettering the school record total they established in the season’s opening week. Wiesbaden was just behind in third with a total of 1,101.

“One thing I have always liked about marksmanship and specifically, the DODEA Western Conference, is even though we are competing against each other we are also doing everything we can to help the other teams,” Dragons coach John Pardo said. 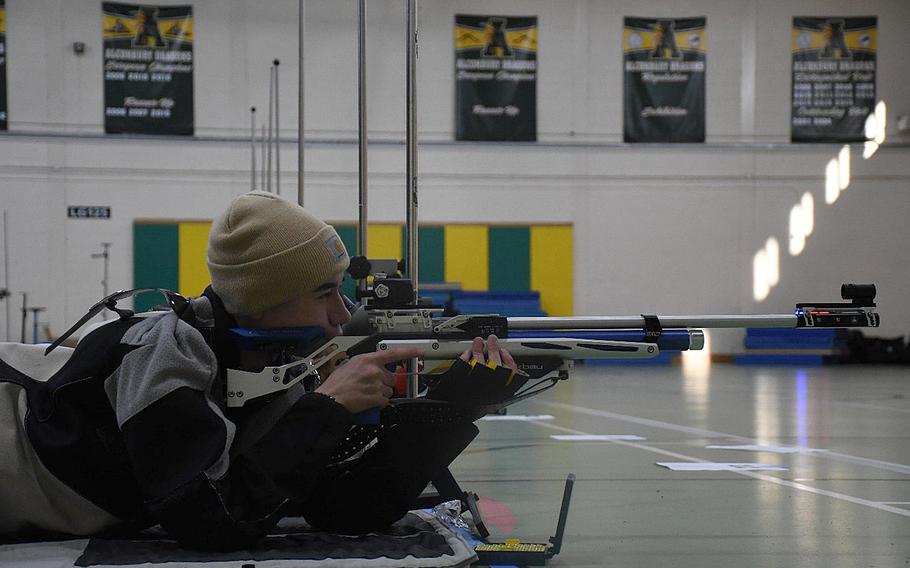 SHAPE's Roman Ciliberti takes aim in preparation for a shot during the prone part of the marksmanship meet Saturday, Dec. 100, 2022, at RAF Alconbury, England. Shooters are given 10 minutes to shoot 10 shots while in the prone firing position. (Kyle Alvarez/Stars and Stripes) 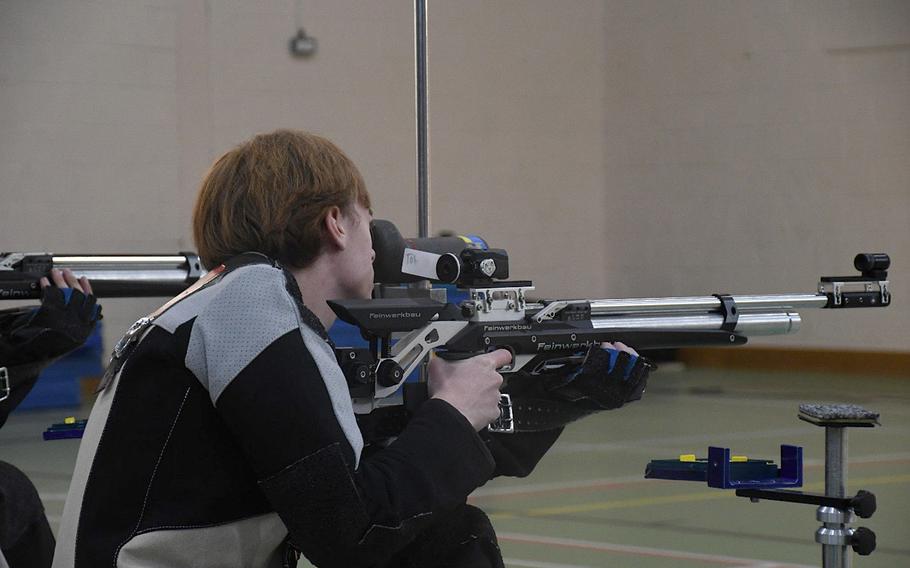 Wiesbaden's Matthew Hise looks through his spotting scope after taking a shot during the kneeling portion of a marksmanship meet Saturday, Dec. 10, 2022, at RAF Alconbury, England. Shooters are able to use their spotting scopes to self-assess their shots during competition. (Kyle Alvarez/Stars and Stripes) 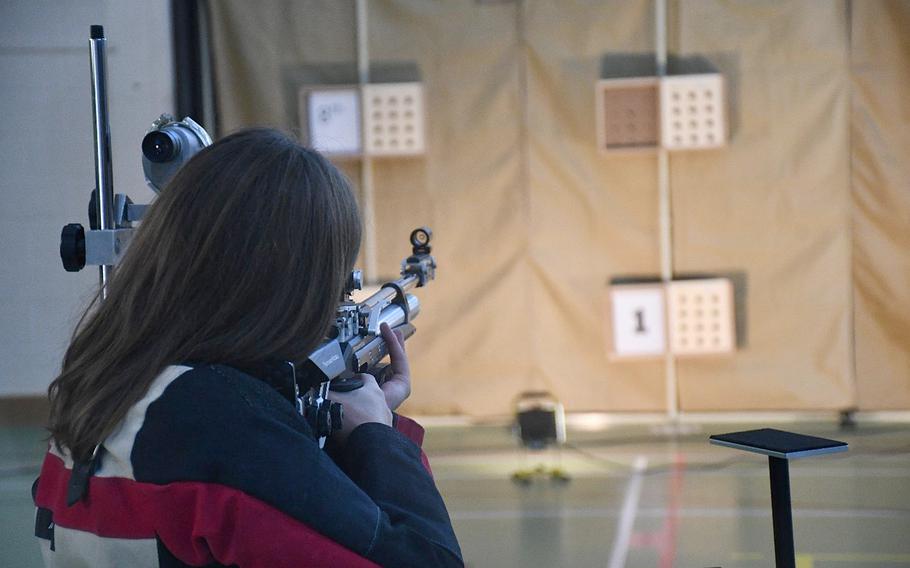 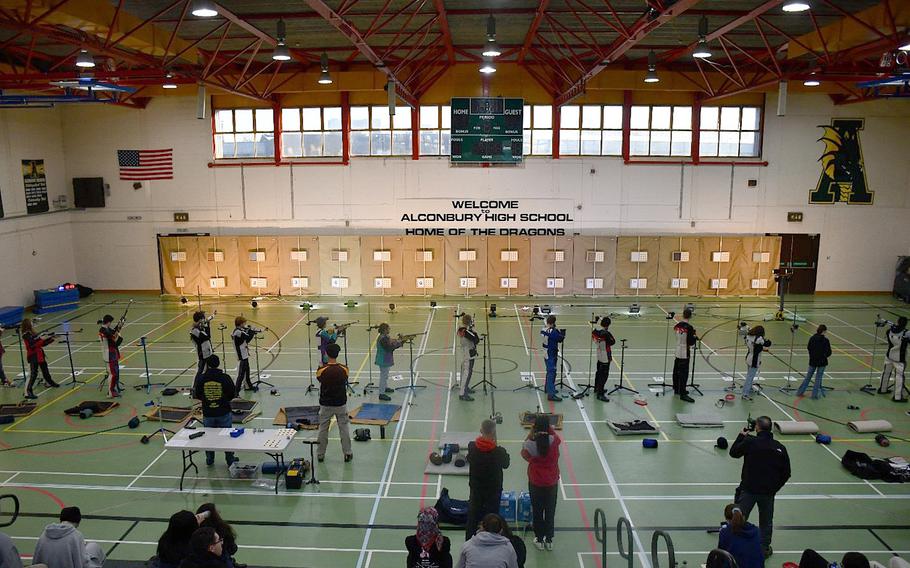