Swimmers will burn off Thanksgiving calories in pool 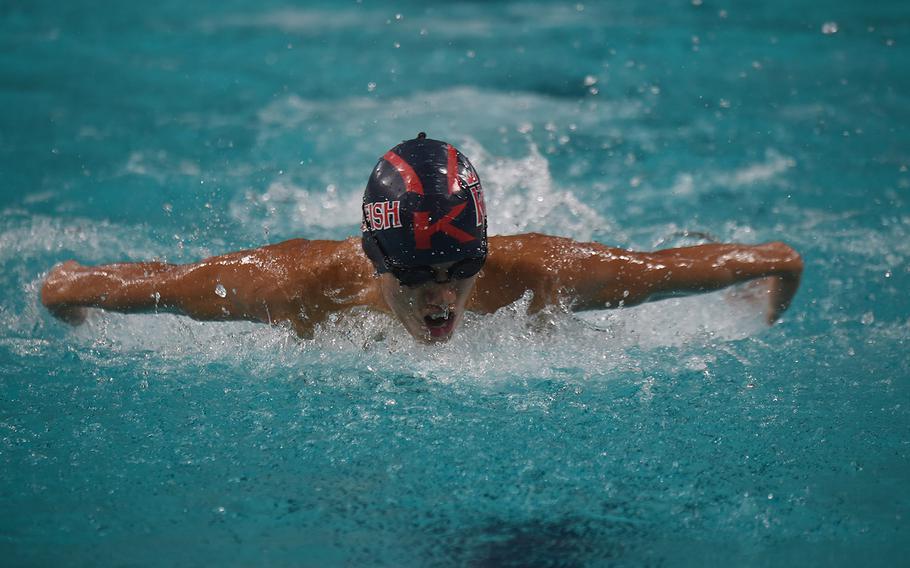 Thousands of European tourists swim in the Adriatic Sea off the coast of Lignano Sabbiadoro every year.

Not so much in November, though. So the hundreds of Americans converging on a swimming complex at the beach resort this weekend don’t have a recreational dip in mind. They’re on a mission for medals and personal bests.

The European Forces Swim League Long Distance Championships returns to Lignano this year after a few years being held north of the Alps. One of two annual championships for the group, the long-distance event is almost always less attended than the event featuring shorter distances that’s been held for much of the last decade in Eindhoven, Netherlands.

“If you ask a 12-year-old: ‘Do you want to swim 800 meters or something shorter?’ the answer is usually shorter,” said EFSL President Mandi Love. “But there is a lot of interest in the longer events, too.”

EFSL, a private organization chartered at Ramstein Air Base, currently has 1,042 swimmers from ages 6 to 19 spread out among 18 clubs around Europe. Just short of 200 entrants from 15 of those clubs are set to compete Saturday and Sunday. They’ll be swimming in 55 heats over 12 events – mostly freestyle races ranging from 400 to 1,500 meters.

This meet will mark the first time since 2020 with relaxed COVID protocols – though those who aren’t feeling well have been asked to skip the meet.

Love said she knows at least some swimmers won’t be making the trip because of other commitments or a desire to spend a traditional Thanksgiving at their overseas homes. Many of those who are coming plan to spend a day in nearby Venice or eat a Thanksgiving meal their Italian hosts are putting together.

It won’t be the first time that swimmers and their families have had Thanksgiving with a twist. The meet is always held during Thanksgiving weekend, giving families a longer weekend to travel. Love recalls a meal featuring muscles in Belgium.

“It wasn’t traditional, but it was very good,” she said.

The club at Aviano Air Base, about an hour’s drive to the northwest, is hosting the event. Attendance is limited to those receiving invitations. But it will be streamed on You Tube.

Age-group winners in each event will be honored as well those who score the highest in their age brackets during the meet. Records could be broken, but it won’t be easy as the group has been holding meets for almost five decades.

“We have kids who come (to Europe) who are serious swimmers, and we give them a place to land,” Love said, since swimming is not a sport that the Department of Defense Education Activity fields.

There are also many who learn to swim with the group’s clubs. Some have gone on to compete for NCAA Division I programs. Others might just look a bit better than most while taking that dip in their local body of water.