NAPLES, Italy — Naples claimed the DODEA European Division II title Saturday, dominating the Aviano Saints 47-6 in a well-executed demonstration of the discipline and determination the undefeated Wildcats have shown all season.

The win never was in doubt.

In regular season play, only the Saints had managed to put any points — 21 in two lopsided losses — on the scoreboard against the Wildcats, who shut out their two other opponents.

Yet the championship didn’t come easy and was earned, said Matteo Toliver, the game’s defensive MVP.

A strong work ethic that included practices over the spring, long summer days training and building a team chemistry is what allowed the Wildcats to dominate, according to the 17-year-old senior, who had nine tackles, one fumble recovery, four rushes for 17 yards and one touchdown.

“We worked for that connection, we made things work between ourselves …,” Toliver said of the team’s camaraderie. “We love each other.”

The Wildcats dominated the second quarter with five more touchdowns.

Oliver had a 47-yard receiving touchdown while his brother, Gary, carried in two: a 2-yard run and a 38-yard catch-and-run.

Toliver had a 5-yard touchdown and Collins gave the Wildcats their final points of quarter with a 47-yard receiving touchdown. That left the score at 47-0. Deon Walker carries the ball for the Saints in Saturday's championship game at Naples Middle High School. Walker ultimately scored the only touchdown for the Saints. (Alison Bath/Stars and Stripes) 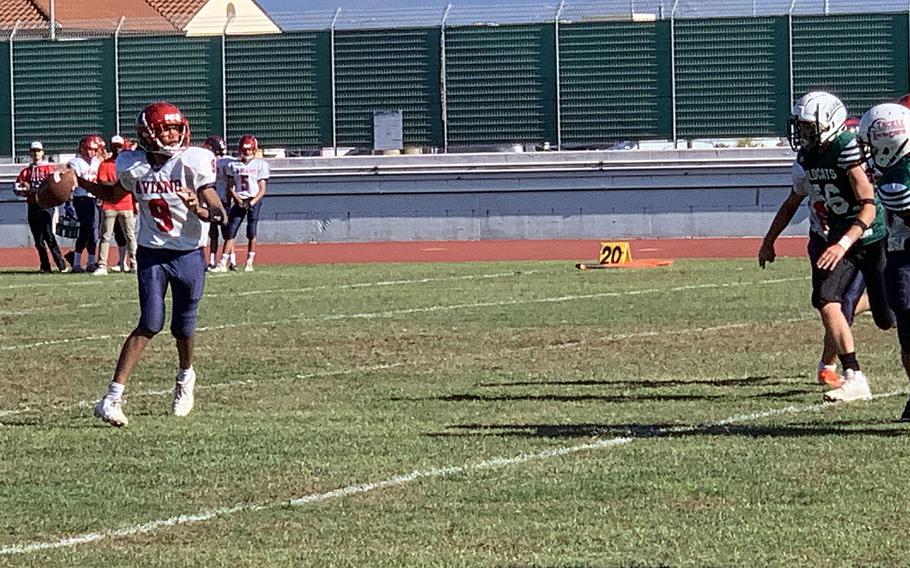 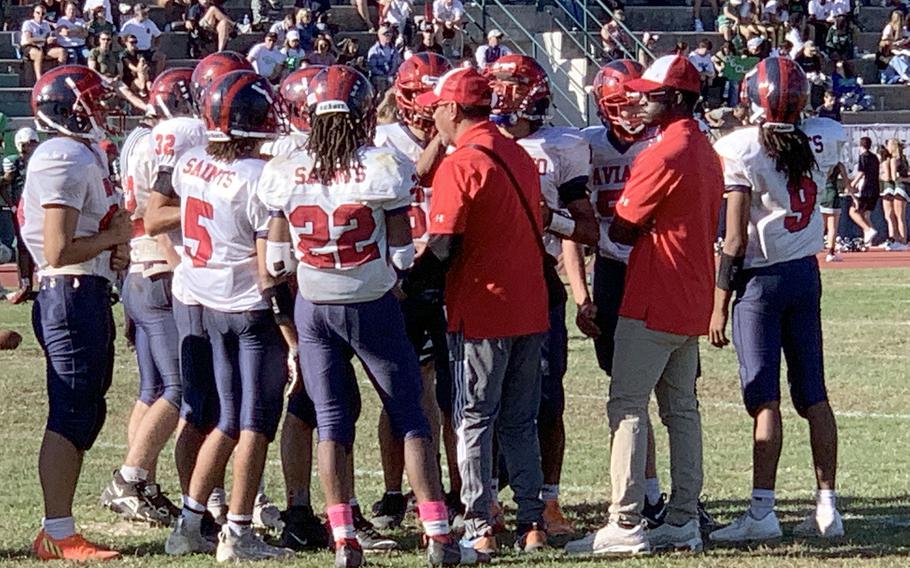 The Aviano coaching staff works to motivate the Saints during Saturday’s championship game against Naples. (Alison Bath/Stars and Stripes) 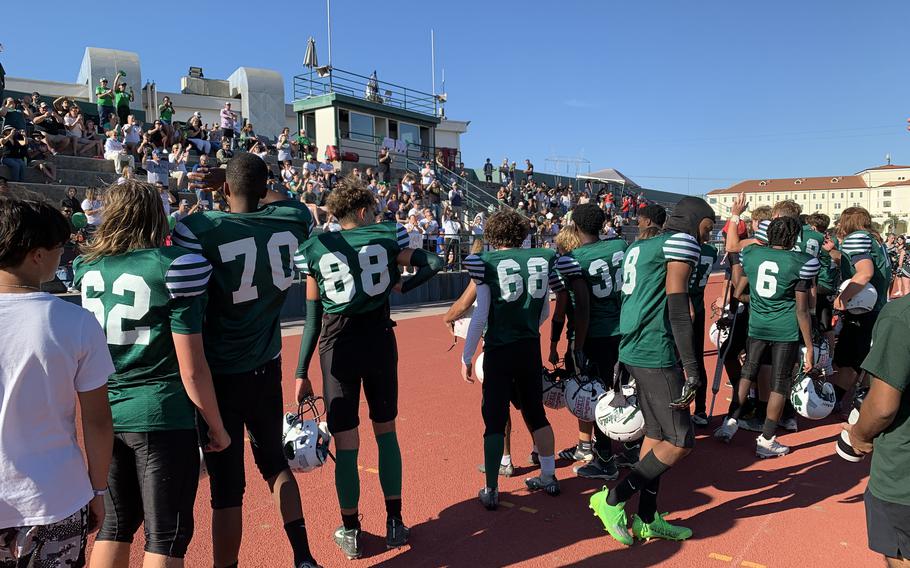 Naples quarterback Camden Kasparek completed 10 of 13 passes for 300 yards and five touchdowns, earning him the game’s offensive MVP — an accomplishment he credited to the team’s starting line and receivers.

“I couldn’t have done it without them,” the sophomore said.

It was looking like a shutout, but Aviano’s Deon Walker scored a touchdown to put the Saints on the scoreboard.

A missed conversion left the score at 47-6 at the half, triggering DODEA-Europe’s mercy rule.

“This could have been our win,” said Walker, who noted the team was young and inexperienced.

Saints coach Rick Dahlstrom said the loss was tough but didn’t diminish the accomplishments of a team that won five times this season. Even so, Aviano didn’t execute well on its plays, resulting in the lopsided outcome, he said.

“We gave it our all and we just couldn’t stop them. They’re a strong, powerful team,” he said. “But we didn’t quit. We kept playing hard to the very end.”