Boys gather in Aviano for own VB tourney 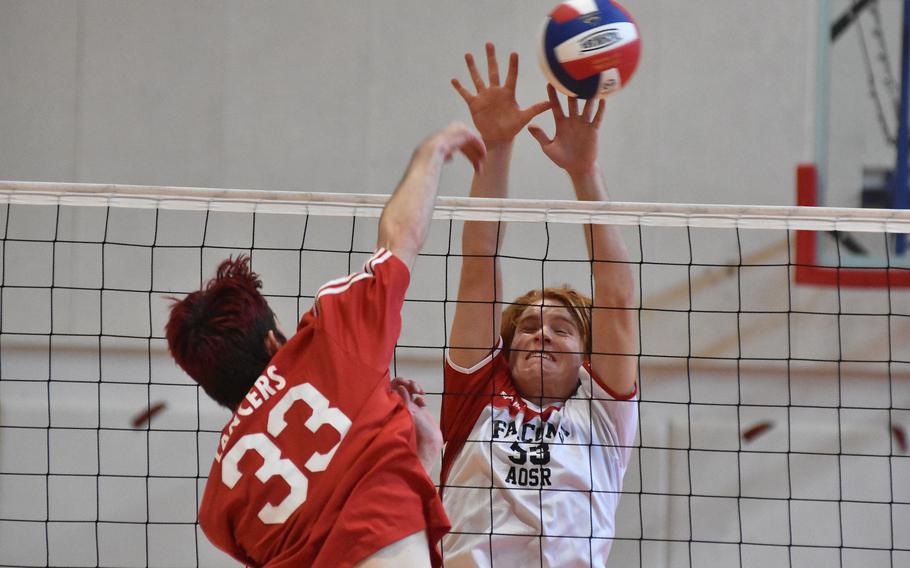 Lakenheath's Josiah Bradshaw gets the ball past the block of American Overseas School of Rome's Anthony DiMatteo on Thursday, Oct. 27, 2022. Kent Harris/Stars and Stripes ()

AVIANO AIR BASE, Italy – It’s still small compared to the girls’ championships. But boys volleyball in DODEA-Europe is on the rise.

Two new entrants are participating in the DODEA-Europe boys volleyball championships this year for the first time, bringing the total to 10. At least two more could join the ranks next season.

The Lancers, the only Division I school to field a team, made their tournament debut against another newcomer: Hohenfels. Lakenheath was successful, winning 25-16, 25-18. It was Hohenfels’ first match of the season.

But the Tigers, who went on to lose their second match to Black Forest Academy, didn’t seem too downbeat.

Coach John Murphy was happy his eight-member team was getting a chance to play sports. Hohenfels was offered a chance to field a team this year as it didn’t have the numbers to even play six-man football.

“Only one (player) was not a football player,” Murphy said, adding that the sport seems a good fit for smaller schools, whose football teams tend to shrink even smaller as the season goes on due to injuries.

The Falcons, who haven’t lost this season, still managed to win all three of their matches and advance to the semifinals – upending the previously unbeaten Aviano Saints in the process. BFA first took out American Overseas School of Rome just minutes after arriving on base, 25-21, 26-24. The Falcons from Germany then beat the Saints 26-24, 25-21 before downing Hohenfels. The Falcons from Rome then eliminated the Saints from title contention with a 25-22, 15-25, 16-14 win. 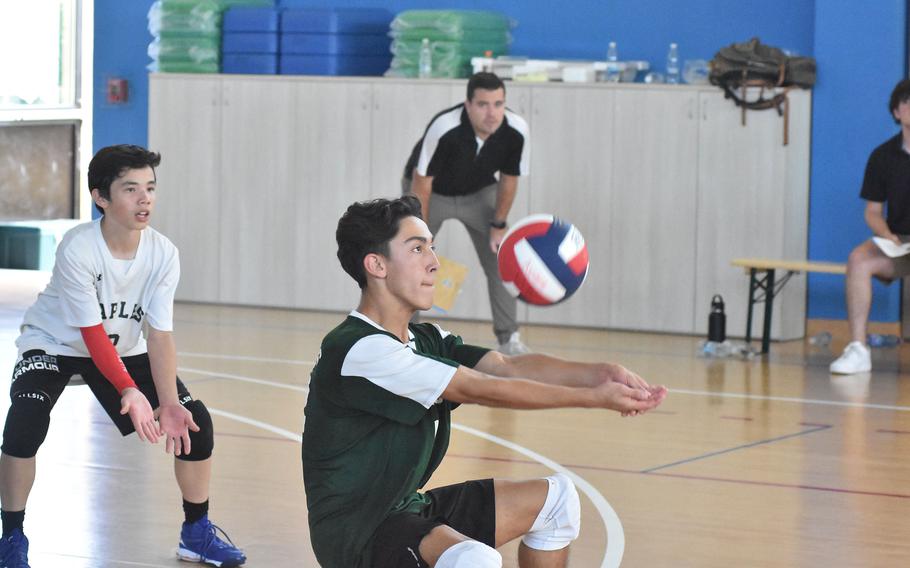 Naples' AJ Lopez sets up his team's offense with a bump in a match against Rota on Thursday, Oct. 22, 2022. Kent Harris/Stars and Stripes () 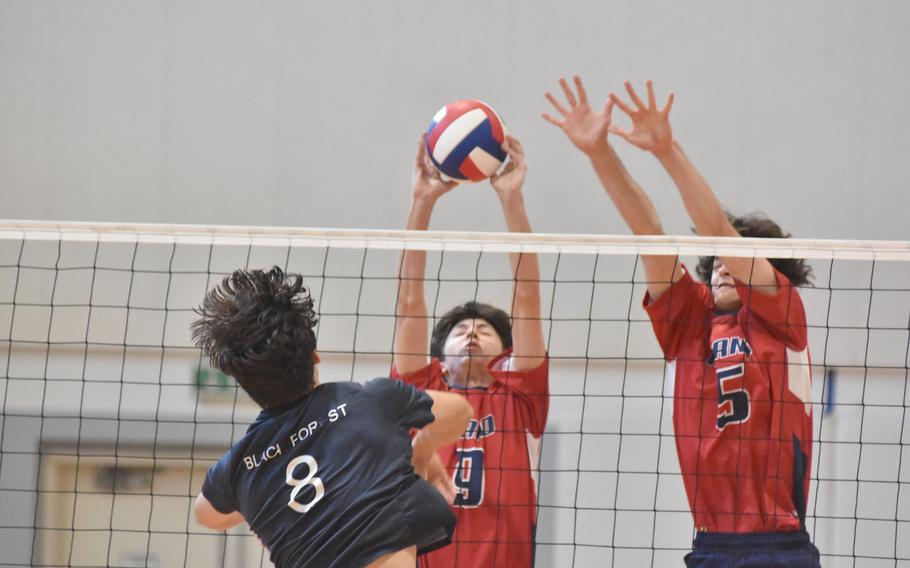 Black Forest Academy’s Ethan Hernandez tries to get the ball past the Aviano block of Pierce Dozier, left, and Gabriel Fabbro on Thursday, Oct. 27, 2022. Kent Harris/Stars and Stripes () 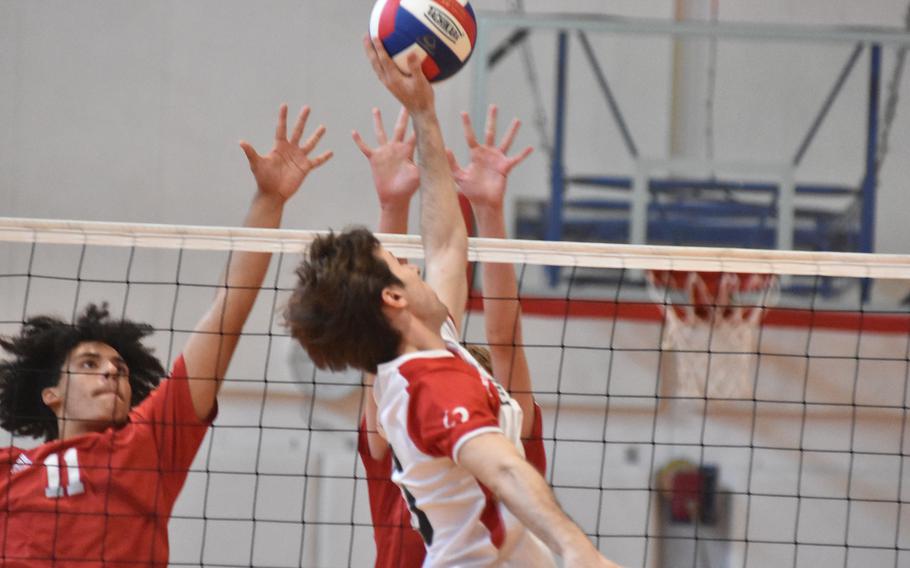 American Overseas School of Rome's Tomas Brown-Samper tries to steer the ball past the Lakenheath block of Anthony Mayberry, left, and Dominic Giebner on Thursday, Oct. 27, 2022. Kent Harris/Stars and Stripes () 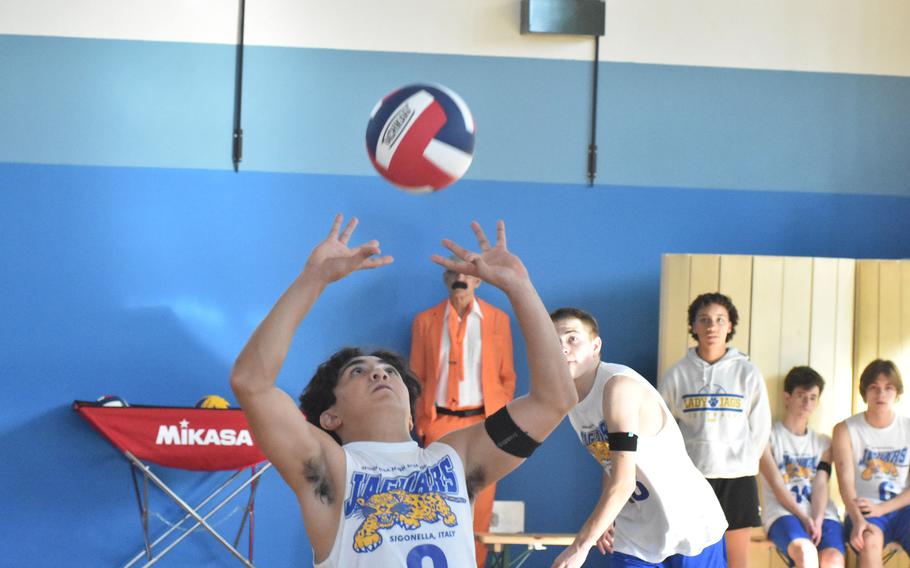 Sigonella's Alessandro Montero sets the ball up for a teammate in the Jaguars' victory over Bahrain on Thursday, Oct. 22, 2022. Kent Harris/Stars and Stripes () 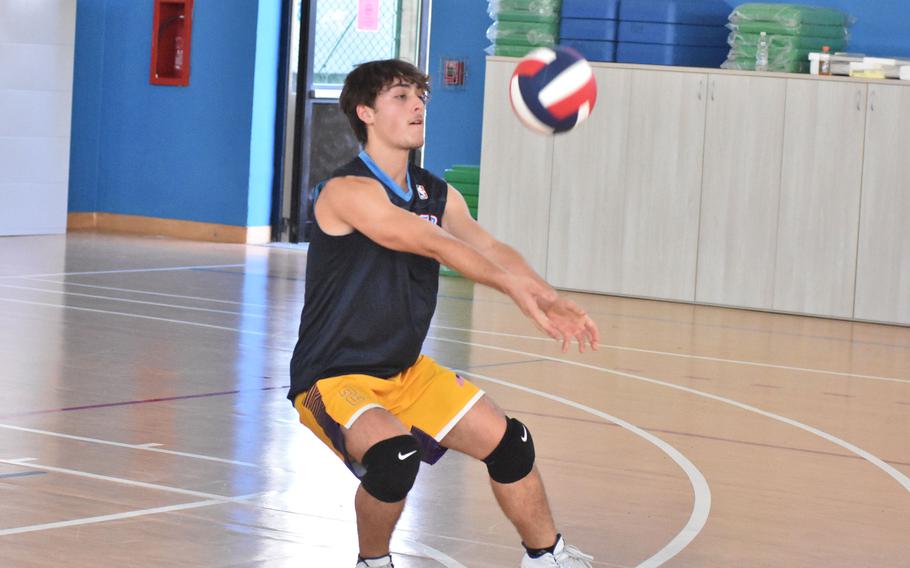 Bahrain libero Cayden Dinkler bumps the ball to start off his team's attack in a match against Sigonella on Thursday, Oct. 27, 2022. Kent Harris/Stars and Stripes () 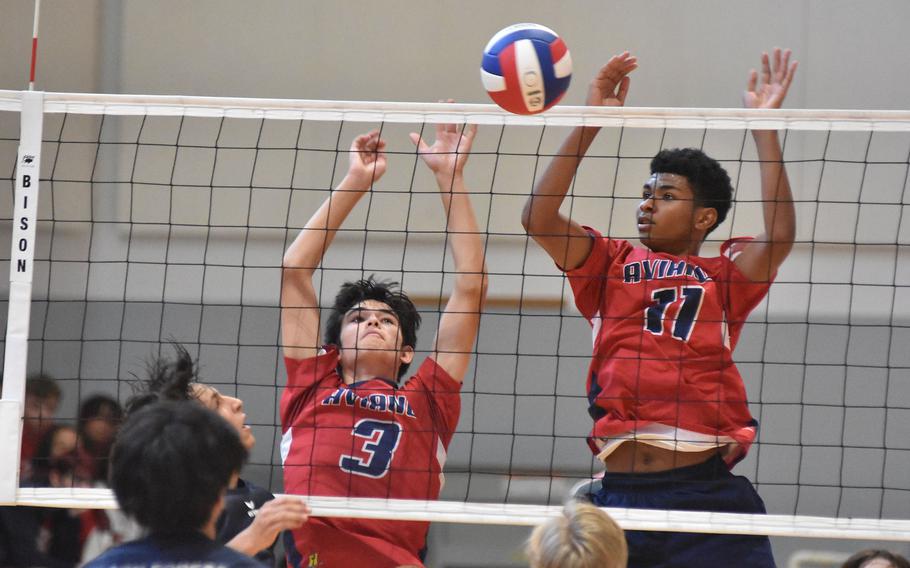 Aviano's Xavier Fox and Nikko Monson watch the ball head back to the Black Forest Academy side after a successful block Thursday, Oct. 27, 2022. Kent Harris/Stars and Stripes () 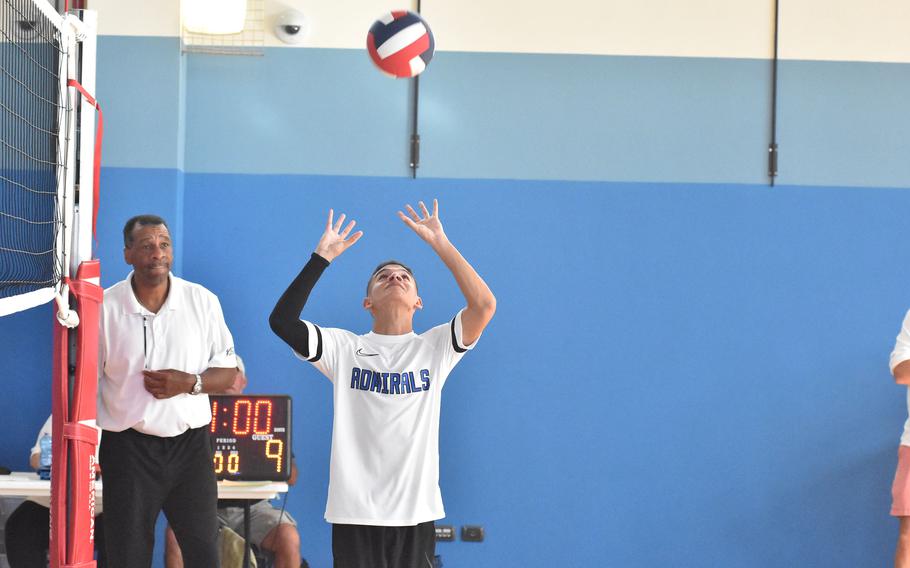 Rota setter Anthony Dominguez tries to set up a teammate for a kill Thursday, Oct. 27, 2022, in a match against Naples. Kent Harris/Stars and Stripes () 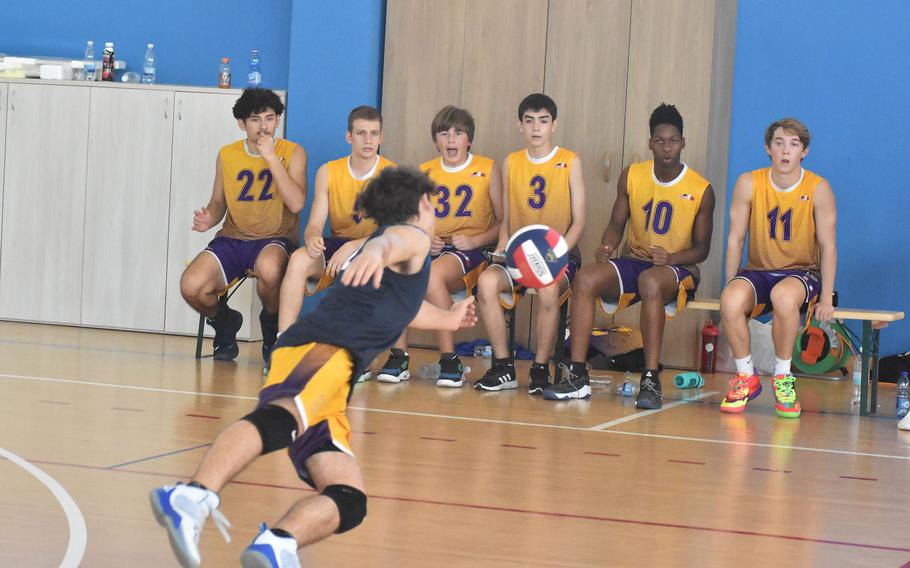 Bahrain players watch Cayden Dinkler dive for a ball in a match against Sigonella on Thursday, Oct. 22, 2022. Dinkler didn't get it, but the ball was called out. Kent Harris/Stars and Stripes ()

BFA only played Vicenza and Lakenheath among DODEA schools this season. It plays a schedule against international schools from Germany and Switzerland.

“The American bases in Germany just don’t have any teams,” Dockrey said, adding that he’d love the opportunity to play against DODEA-Europe’s largest schools if they did field teams.

He might soon get his wish. Ramstein and Vilseck both fielded intramural teams this season, so might join the mix next year.

Ullery said it can take a while to build a program. But he expects seven players from this year’s squad to be back next season.

“Consistent play more than anything else,” he said of his team’s loss Thursday. “Which will change with experience.”

Schools in Italy have been playing the sport for decades, with Aviano, Vicenza, Naples and Sigonella managing to field teams along with football and cross country squads, despite all having enrollments south of 400 – two less than half of that. Three of those schools have tennis teams and two had golfers compete in the championships. Rota and Bahrain joined in recent years and BFA has participated a few times. Boys volleyball has also been played for years in South Korea and some DODEA-Japan schools have fielded teams as well.

BFA or AOSR look to be on collision course with Sigonella, who took out Naples, Vicenza and Bahrain in the other pool Thursday to come within a victory of securing a semifinal spot. Second-seeded Vicenza also beat the Wildcats to emerge with one victory along with Bahrain and Rota.

Pool play should be over shortly after lunch Friday, with semifinals set for 3 p.m. and 5 p.m. and the finals scheduled to start at noon Saturday.