Wiesbaden's Audrey Garrison sets the ball during a game against Lakenheath on Saturday, Sept. 10, 2022, in Wiesbaden. (David Edge/Stars and Stripes)

“We didn’t play bad, but we made a lot of little errors that we need to work on,” Spartans coach Joseph Cherrone said.

Wiesbaden’s serving was particularly effective in the second game.

“During the SHAPE game I used my gold rotation,” Wiesbaden coach Malia Taiafi-Husseini said. “That is where I try and get all my girls in.” 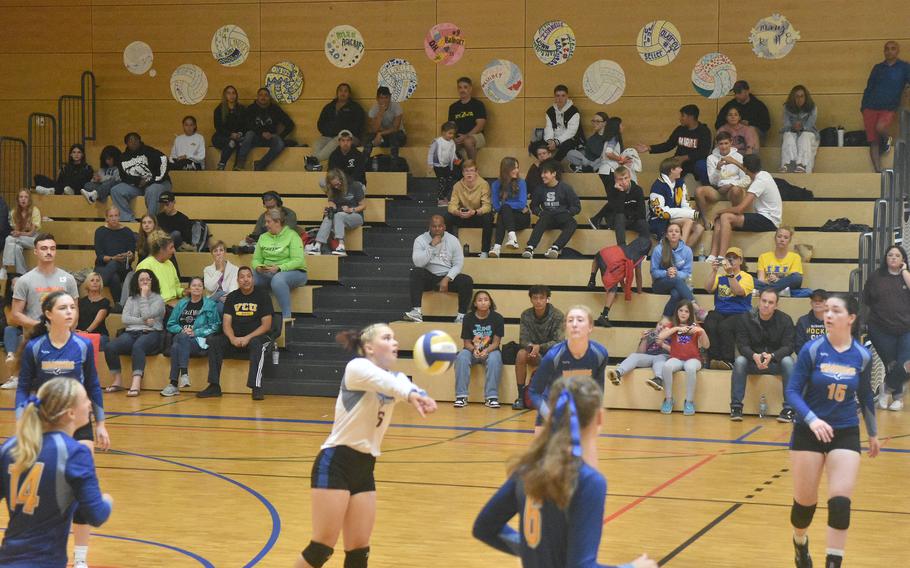 Wiesbaden’s Sailor Allred defends against a Lakenheath serve during a game in Wiesbaden on Saturday, Sept. 10, 2022. (David Edge/Stars and Stripes) Lakenheath's Riley Kraft sets the ball during a game against Wiesbaden on Saturday, Sept. 10, 2022. (David Edge/Stars and Stripes) 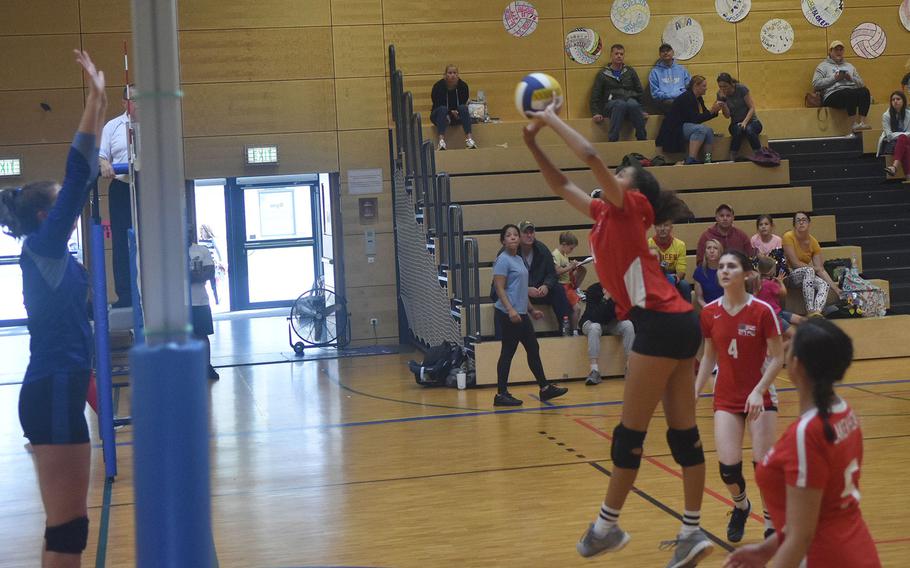 Lakenheath's A'Lydia McNeal pushes the ball over the net during a game against Wiesbaden on Saturday, Sept. 10, 2022, in Wiesbaden, (David Edge/Stars and Stripes)

In the final contest of the night, the Lancers took an early advantage over the Warriors using a scrappy defense to offset Wiesbaden’s powerful serves and play at the net.

Each team felt it made some progress and learned some lessons from the day’s play.

“We are a very young team, so we deal with each match differently,” Lakenheath coach Daric Aldrich said. “SHAPE was unconventional; they hit everything from anywhere on the court. Wiesbaden is more traditional style: a hard-hitting power offense.”

Saturday should be the only time that Wiesbaden and Lakenheath play each other in the regular season, though both teams are set to play in similar events with SHAPE before the season-ending championships Oct. 27-29.