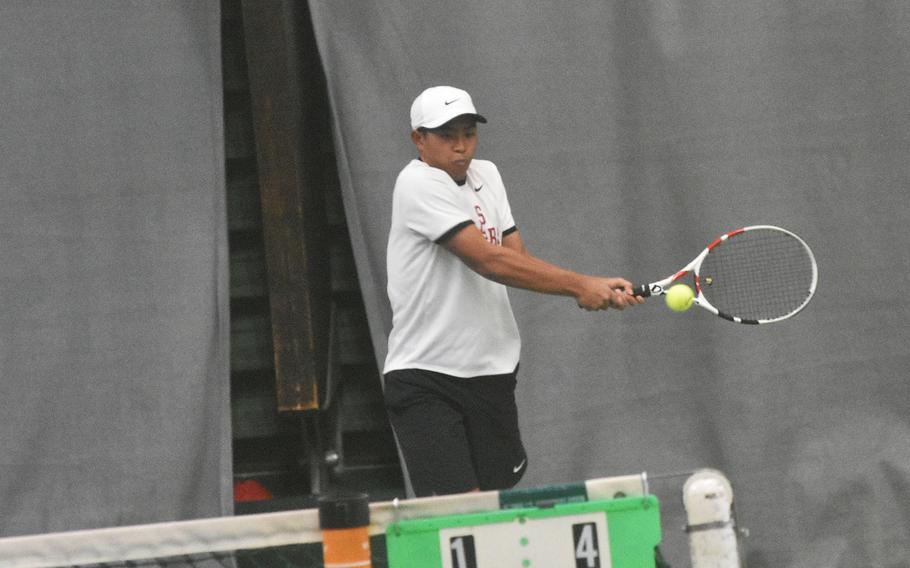 “I told my players to not take anything for granted,” the Kaiserslautern coach said. “Stay focused, and every point counts.

“Our mission won’t be complete until the end of the third day of the tournament.” 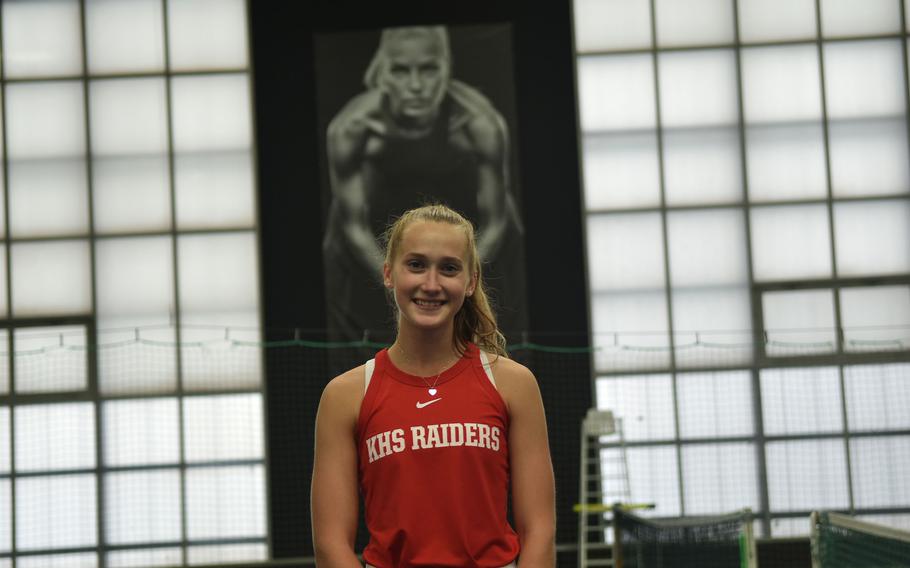 Buy Photo
Kaiserslautern's Aiva Schmitz played all season like she had someone watching over her shoulder and that continued Saturday as she won her third DODEA-Europe girls single title. (David Edge/Stars and Stripes)

The Raiders, led by three-time girls single champion Aiva Schmitz, won all four titles Saturday - three of them without losing a game in the finals.

“We have a lot of players who play year-round,” Schmitz said. “Almost the entire team plays at the same tennis academy, so we are practicing year-round and that is one of the reasons we are so good this year.”

Schmitz downed Wiesbaden’s Hope Goodwin 6-0, 6-0. Goodwin was the only one to take a game off the senior – who will play for the University of Minnesota next year – all season. 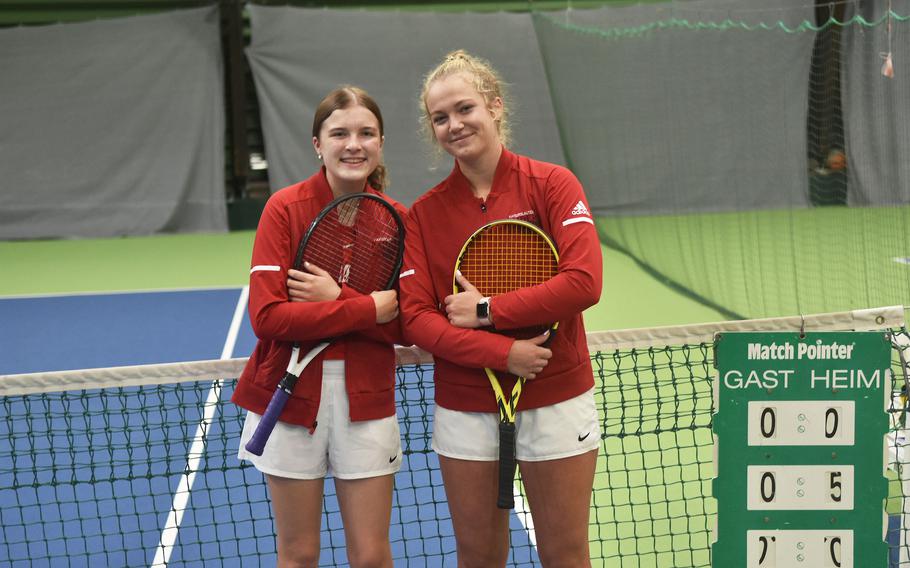 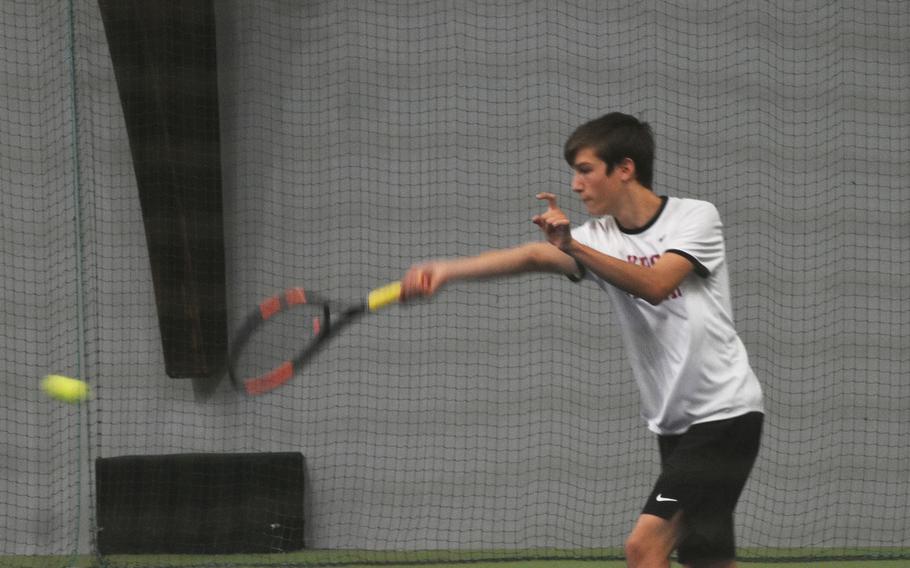 “This tournament was nerve wracking but winning the doubles title definitely gives me a sense of accomplishment,” said Brunk, who is a junior. “Ramstein’s team really put up a good fight. They were strong mentally, so we had to really work together to be able to win the title.”

Ansbach’s Meredith Maxwell was the only Division III player to advance to the semifinals, where she lost to Aiva Schmitz. Her points were enough to give her a divisional crown of sorts. She competed this year as an independent because Ansbach didn’t field a team.

“I was very grateful for the opportunity to play in the tournament,” the freshman said. “This experience is surreal and I hope that more students from my high school will play next year.” 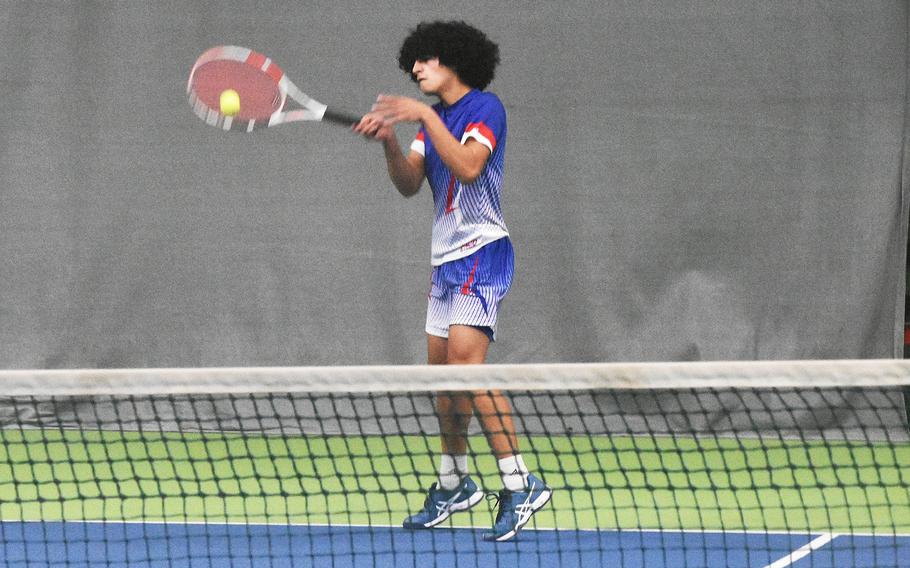 David Edge
David reports for Stars and Stripes from Wiesbaden. He is from Texas.