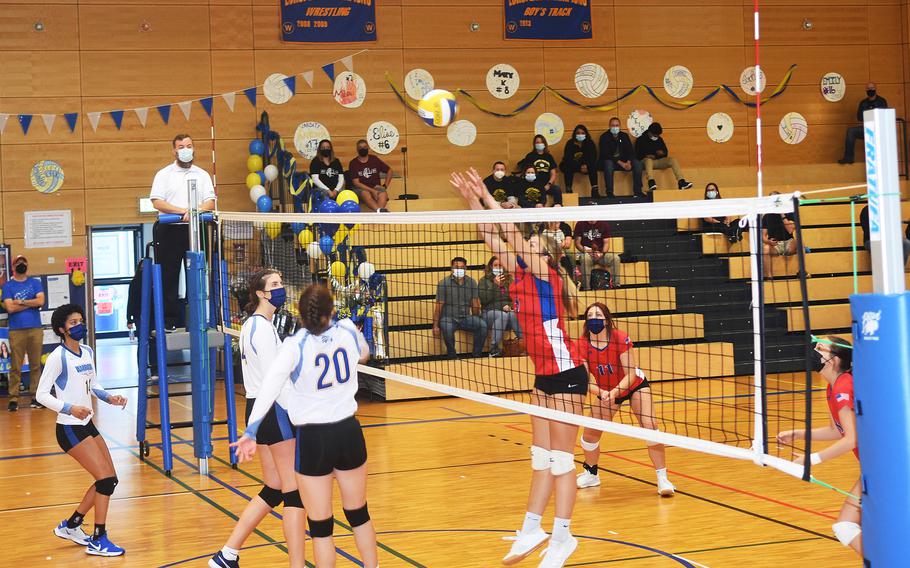 Buy Photo
Keeley Bolton from Ramstein attempts to block a ball during the Wiesbaden-Ramstein game played in Wiesbaden on Saturday, Oct. 9, 2021. (David Edge/Stars and Stripes)

WIESBADEN, Germany — The DODEA-Europe Division I volleyball tournament about three weeks away just got a bit more interesting.

The Ramstein Royals, traditionally a volleyball power, have been anything but this season. Until they handed the unbeaten Stuttgart Panthers their first loss of the season Saturday. 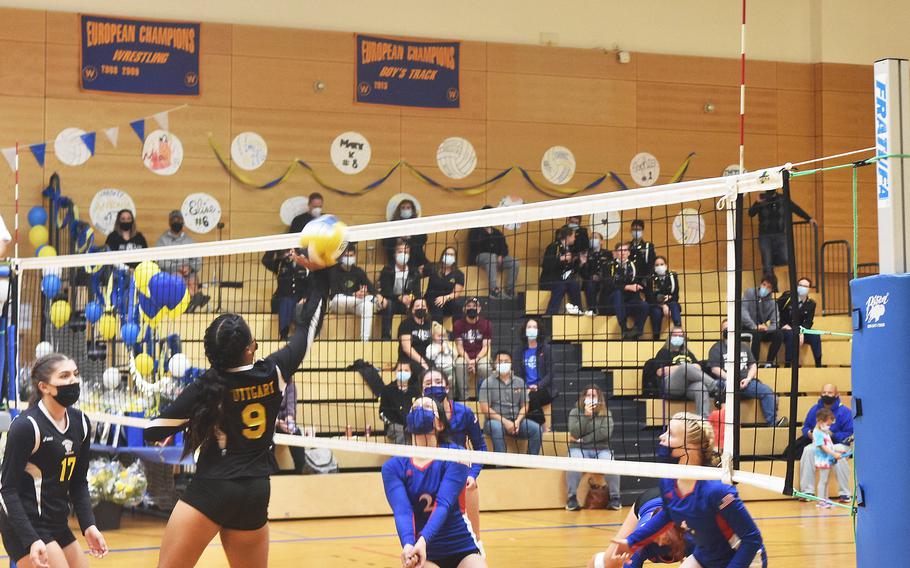 Buy Photo
Stuttgart’s Ayana Gomez taps the ball over the net during the Stuttgart-Ramstein volleyball game played in Wiesbaden on Saturday, Oct. 9, 2021. (David Edge/Stars and Stripes)

In every set, the Panthers held a big lead, but the Royals rallied behind seniors Isabella Adkins and Spice Harris, who combined for 17 kills.

“We just got in our heads, not serving at our potential,” Stuttgart outside hitter Samantha Caldwell said. “It was humbling for us because we had been undefeated going into that game and that loss was what we needed to wake us up.” 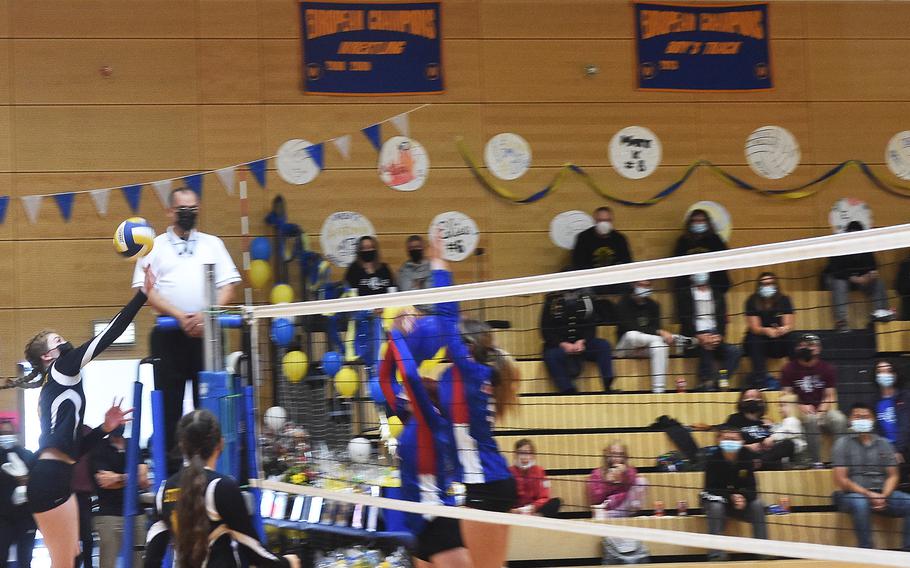 Buy Photo
Stuttgart’s Charity Clements taps the ball over the net during the Stuttgart-Ramstein volleyball game played in Wiesbaden on Saturday, Oct. 9, 2021. (David Edge/Stars and Stripes)

The Panthers used a combination of inside and outside hitting and a powerful service game to rattle the Warriors. Wiesbaden struggled to get its high-powered offense going.

“I think the big break in between our games really affected us. I know that it affected me,” Wiesbaden captain Alynna Palacios said. “It was hard to adjust to their game since we had no footage on them, and their setter was no joke.” 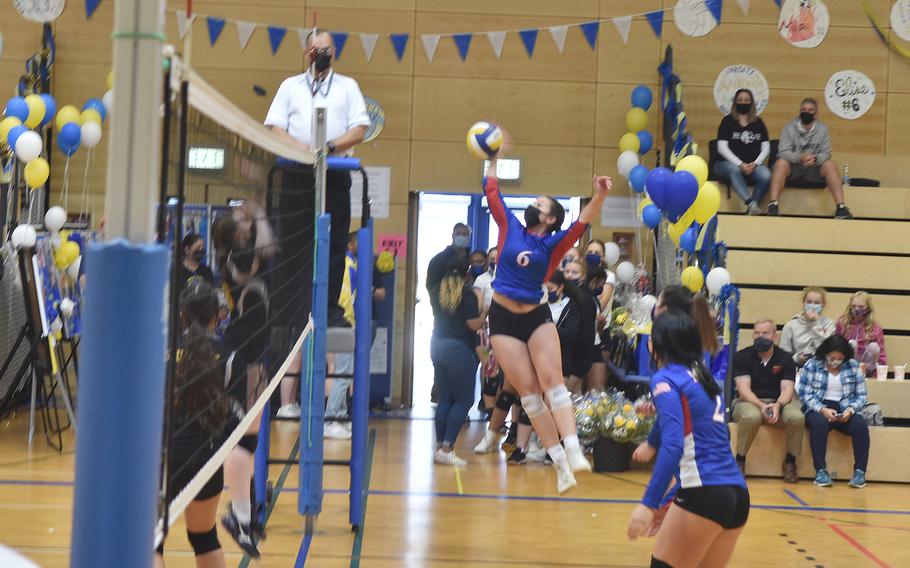 At times Ramstein seemed lost, never getting into any kind of rhythm.

“Our starting captain is hurt and that was the first game that we played without her,” Ramstein’s Adkins said. “We were messing with our lineup and not playing up to the level that we know that we can play at.”