Lions start off season with a roar 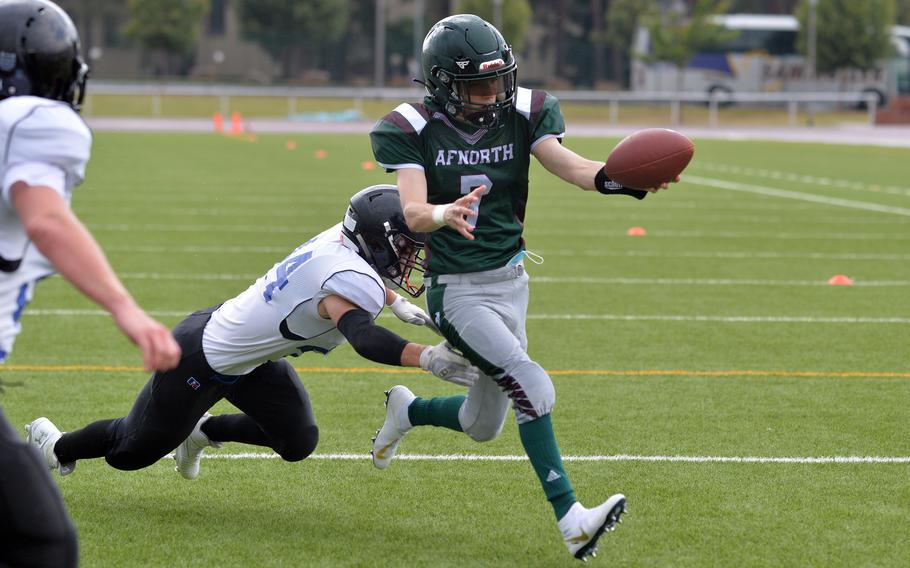 Buy Photo
AFNORTH quarterback David Immel reaches the ball over the goal line after evading Jaiden Workman of Hohenfels in the Lions’ 76-28 win over the Tigers in a Division III game played at Kaiserslautern High School, Saturday, Sept. 11, 2021. (Michael Abrams/Stars and Stripes)

KAISERSLAUTERN – The Tigers turned out to be no match Saturday for the Lions in a DODEA-Europe Division III football game that probably wore out the statisticians as well.

Marques Williams and Alexander Roberts combined for 511 yards rushing and seven touchdowns as AFNORTH blitzed Hohenfels 76-28 in a game called by mercy rule in the third period.

Williams had 307 yards and scored three times, while Roberts totaled 204 yards and scored four times. Casey Matthews led the Lions defense with 10 solo tackles and picked up a fumble on one of them and scored.

Jaiden Workman had two touchdowns and Hunter Maples added one for Hohenfels. Buy Photo
AFNORTH’s Marques Williams gets away from the Hohenfels defense on his way to a big gain in the Lions’ 76-28 win over the Tigers in a Division III game played at Kaiserslautern High School, Saturday, Sept. 11, 2021. (Michael Abrams/Stars and Stripes) 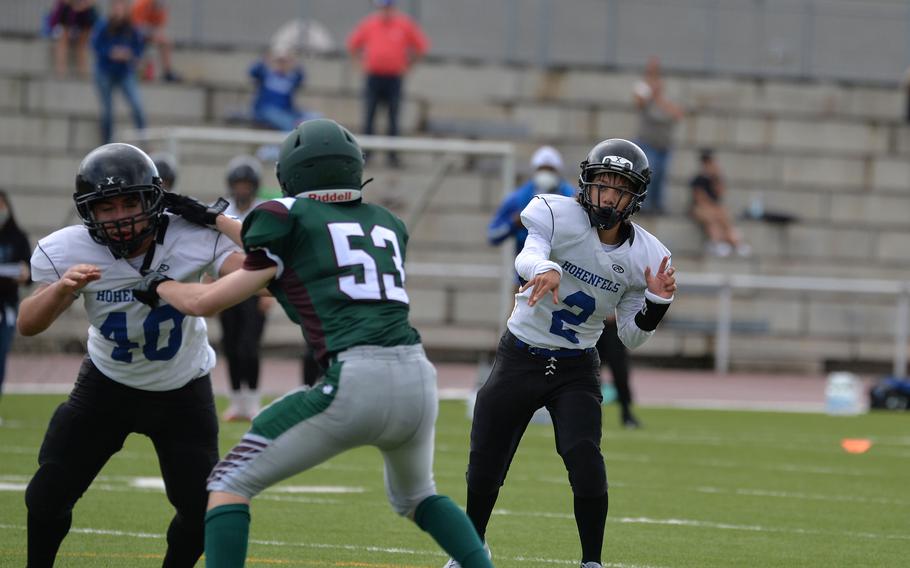 Buy Photo
Hohenfels quarterback John Bamba connects for a 2-point conversion in the Tigers’ 76-28 loss to the Lions in a Division 3 game played at Kaiserslautern High School, Sept. 11, 2021. At left are Oscar Martinez and Caden Snider. (Michael Abrams/Stars and Stripes) 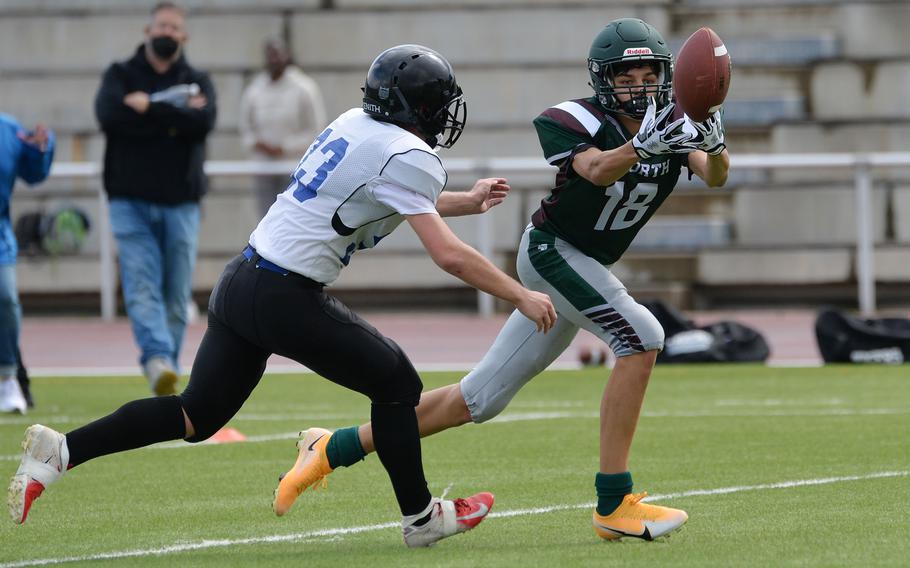 Buy Photo
AFNORTH’s Nathan Goldsmith attempts to pull in a pass against Hunter Maples of Hohenfels in a Division III game played at Kaiserslautern High School, Saturday, Sept. 11, 2021. AFNORTH won the game that was ended in the final minutes of the third quarter, 76-28. (Michael Abrams/Stars and Stripes) 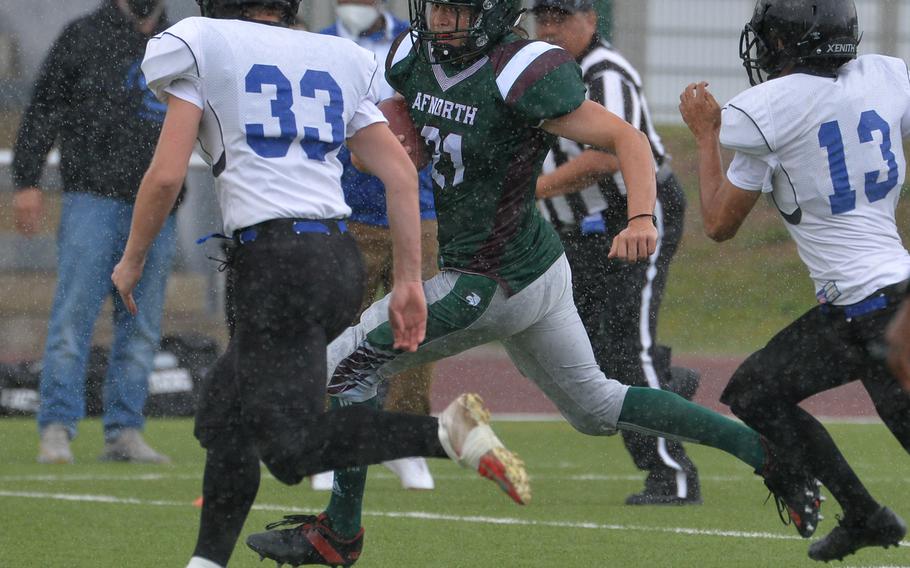 In other football games during the opening weekend for fall sports in Europe:

Stuttgart 15, Vilseck 6: Saturday at Vilseck, the Panthers shut down the Falcons after the opening drive en route to the victory.

Trenton Jackson and Christian Just each scored for Stuttgart and combined with quarterback Caiden Ray for 135 yards rushing. Jackson scored on a two-point conversion to put the Panthers up 8-6 at halftime.

Aveion Ruffin and Jacob Rathbun combined for 92 yards rushing for Vilseck, with Rathburn scoring on the team’s opening drive. Vilseck drove within the Stuttgart 20-yard line three times in the second half, but the Panthers defense held up each time.

Kaiserslautern 50, Ramstein 29: Friday at Ramstein, the Raiders used a 22-0 second quarter to blow open the game with their longtime rivals.

With the game tied at 7-7 after a quarter, Williams scored on 1-yard and 4-yard runs and then connected with Joseph Rodriguez for a 31-yard TD pass to put the Raiders up 29-7 at halftime.

On defense, Isaiah Rodriguez had eight tackles and forced a fumble, Celine had six tackles and Aiden Zollman added four tackles and a forced fumble.