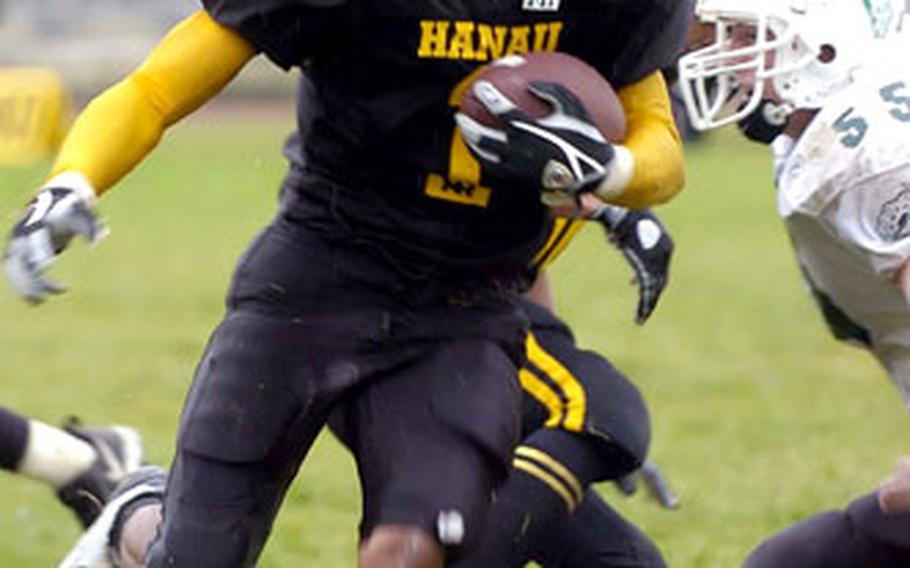 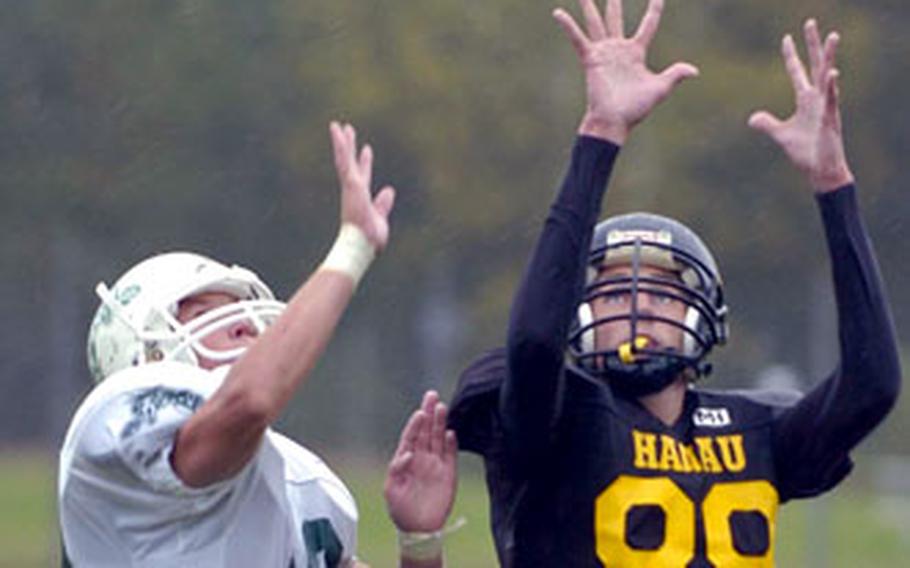 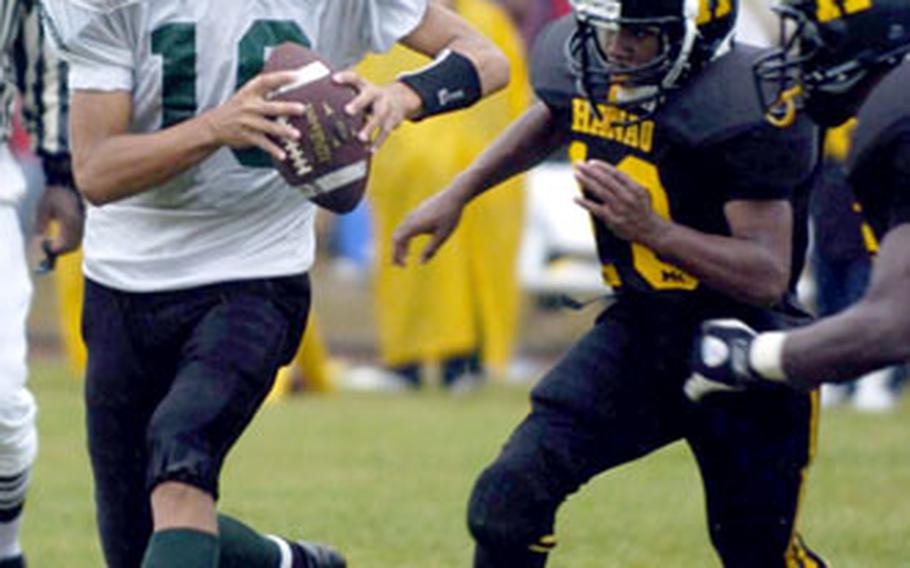 Lane carried 24 times for 277 yards and broke an 80-yard TD run in the second quarter.

Hanau (3-0 overall, 2-0 in II-South) also got first-half TD runs of 2 yards from quarterback Ivan James and 23 by Trey Renders. Three conversions by kicker Mike Holt made it 21-0 at halftime.

That was more than enough for the Hanau defense, led by Perry, who was in on eight tackles, forced a fumble, recovered a fumble and collected four sacks.

Naples, hamstrung by 13 penalties that cost it 145 yards, got 61 yards on 15 rushes by Austin Webb and 46 yards on eight runs by Jason McKechnie.

Defensively, Nate Jankowsky, with 11 tackles, and Paul Stewart, with eight tackles and an interception, led the way for Naples (2-1, 2-1).

In other Division II games Saturday:

SHAPE 28, Bitburg 8At SHAPE, quarterback A.J. Rodgers passed for one touchdown and ran for another to keep the Spartans unbeaten.

Rodgers, with 1:29 left in the third period, connected with Zack Rabiego for a 22-yard TD pass as the Spartans (3-0, 2-0 in II-North) expanded their 14-0 halftime lead. After Bitburg answered with a 46-yard TD pass from Alquel Hodges to Cory Legister early in the fourth period, Rodgers closed the scoring with his game-clinching plunge.

SHAPE built its halftime lead on a 5-yard run by Quenton Fowler and a 14-yard dash by Anthony Marquez. Both came in the second period.

Marquez led all rushers with 67 yards on nine carries. He also had 55 yards on four punt returns. Fowler, who also ran in a two-point conversion, carried eight times for 40 yards.

ISB 22, Baumholder 20At Baumholder, Sebastian Steege crashed over for a two-point conversion with 5:23 left to earn the victory for the International School of Brussels.

Diaz also scored on runs of 13 and 69 yards for Aviano, which also got teo TD plunges from Francis Carino.

Diaz was in on eight stops for Aviano, while Tibbs came up with two interceptions.