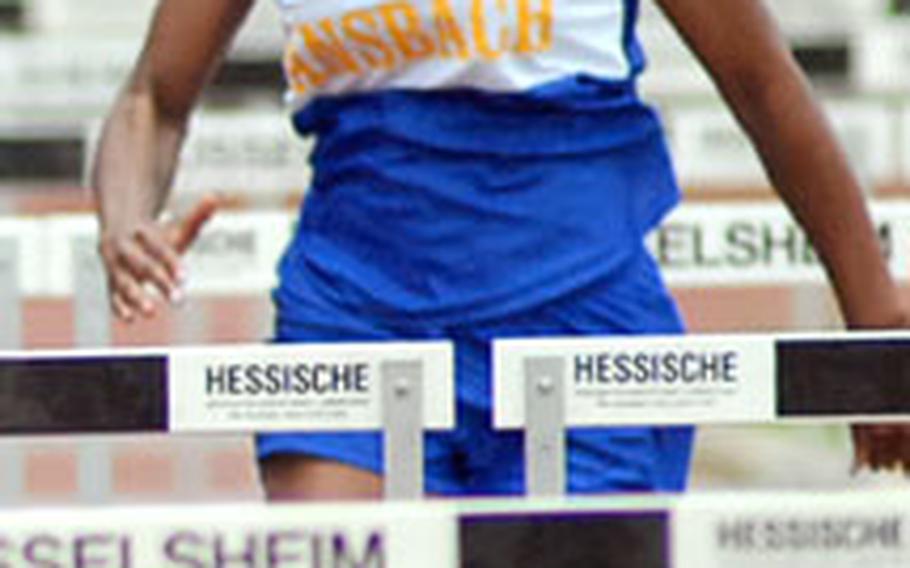 Tiffany Heard finished third in both the 100- and 300-meter hurdles at the 2007 European track and field competitions. This year she is again competing in the hurdles and, for the first time, in the long jump. (Michael Abrams / S&S)

To put Heard&#8217;s feat into context, 17-4 would have won or tied for every European championship gold medal since 2001. Former Kaiserslautern athlete Lynndsey Hyter won in 2003, also by clearing 17-4.

Ansbach hurdles coach Mike Jimerson won&#8217;t be surprised if Heard is able to maintain her pace.

Even with those extra 10 days of work, though, Heard said she wasn&#8217;t expecting her long-jump debut to go so well.

If she had thought about it, Heard, an All-Europe cheerleader on Ansbach&#8217;s European Division II championship squad, might not have been surprised by Saturday&#8217;s events.

With Borner, who has already qualified for this year&#8217;s Europeans, back to defend her title, Jimerson sees a tantalizing showdown looming in the 300 &#8212; and some interesting races in other events.