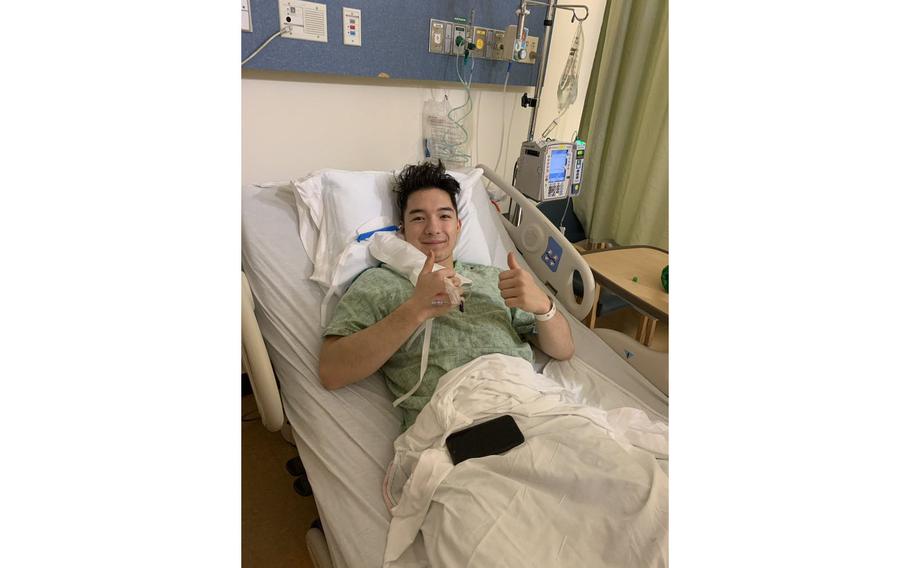 Eric Huss suffered an injury from an inadvertent skate to his neck. (Army Hockey/Twitter)

(Tribune News Service) — An Army hockey player at West Point suffered a traumatic injury in the rink after his neck was sliced by an ice skate, officials say.

Eric Huss, a student at the United States Military Academy in New York, sustained a “severe” neck laceration after a skate inadvertently struck his neck during a game in Connecticut, Army Hockey stated in a Jan. 6 news release.

Following a “pivotal” reaction from his trainer, he was transported to a hospital where he underwent surgery, the team stated.

The operation was successful, and Huss, a junior from Dallas, was expected to return to campus Friday, the team stated.

“A terrible tragedy was avoided tonight because of the quick action of our trainer and the medical staff that were in the arena tonight,” the team’s head coach, Brian Riley, wrote on Twitter on Thursday. “Grateful that our player will be ok because of them.”

The incident draws parallels with a 1989 accident in which National Hockey League player Clint Malarchuk was struck in the neck by an opposing player’s skate, severing his jugular vein, according to CBC. He survived thanks to the team’s trainer, who managed to stop the bleeding.

A spokesperson for West Point did not immediately respond to a request for comment from McClatchy News.