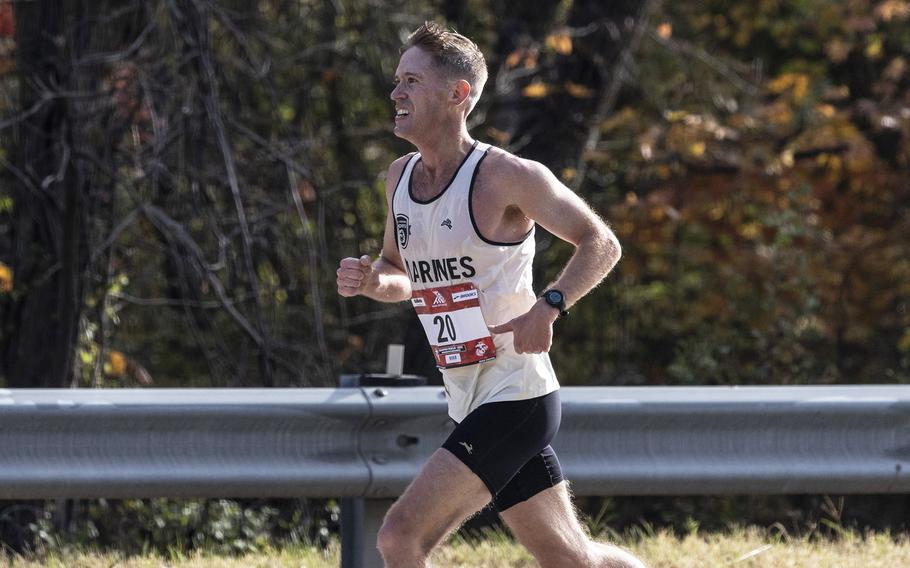 Marine Corps Capt. Kyle King looks ahead toward the finish line in the final portion of the Marine Corps Marathon Sunday in Arlington, Va. (Joe Gromelski)

“At mile 23 I saw that (Mott) was about two minutes behind me,” King said. “So at that point I started feeling pretty confident that I was going to be able to win.”

King had hopes of a qualifying time for the Olympic trials going into the race, but the big lead kept him from keeping the pace he wanted. And now, he said, “We’ve got some big field ops coming up. My running training is going to take a dive, and my Marine training is going to be going up.”

Runners from all 50 states, the District of Columbia and 48 countries took part in the race, which was run in near-perfect conditions through the streets of Washington, D.C. 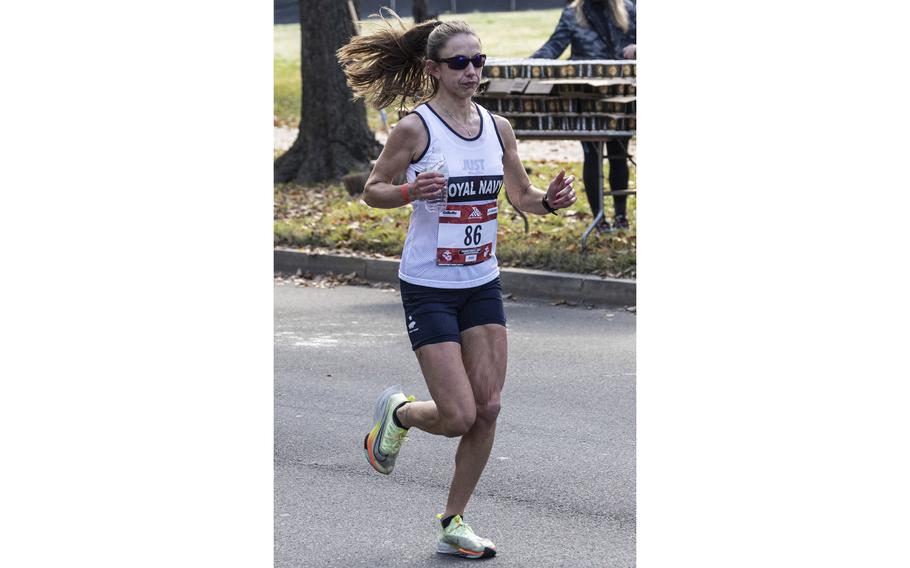 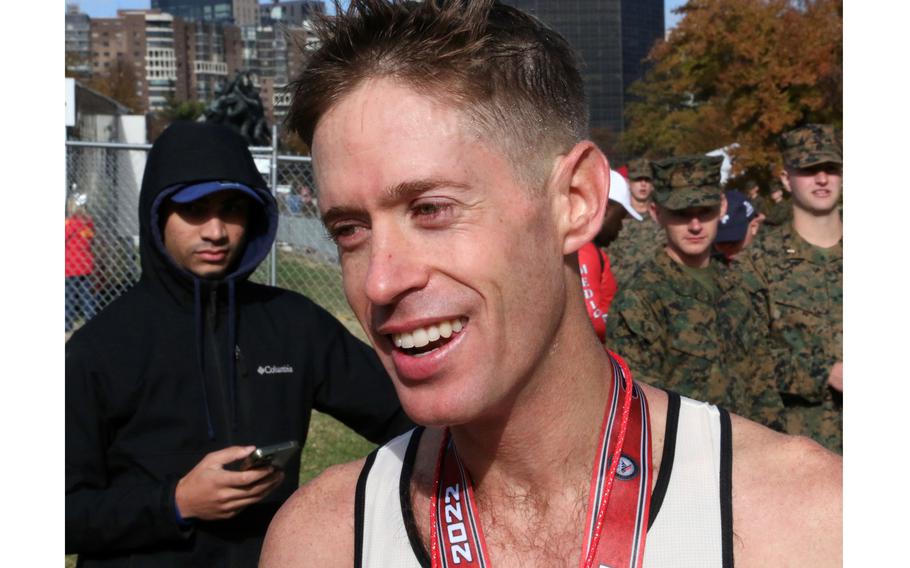 Geese fly overhead as competitors in the Marine Corps Marathon run along the Potomac River Sunday in Washington, D.C. (Joe Gromelski/Special to Stars and Stripes) A runner gets assistance after crossing the finish line in the Marine Corps Marathon on Sunday, Oct. 30, 2022, in Arlington, Va. (Joe Gromelski/Special to Stars and Stripes) 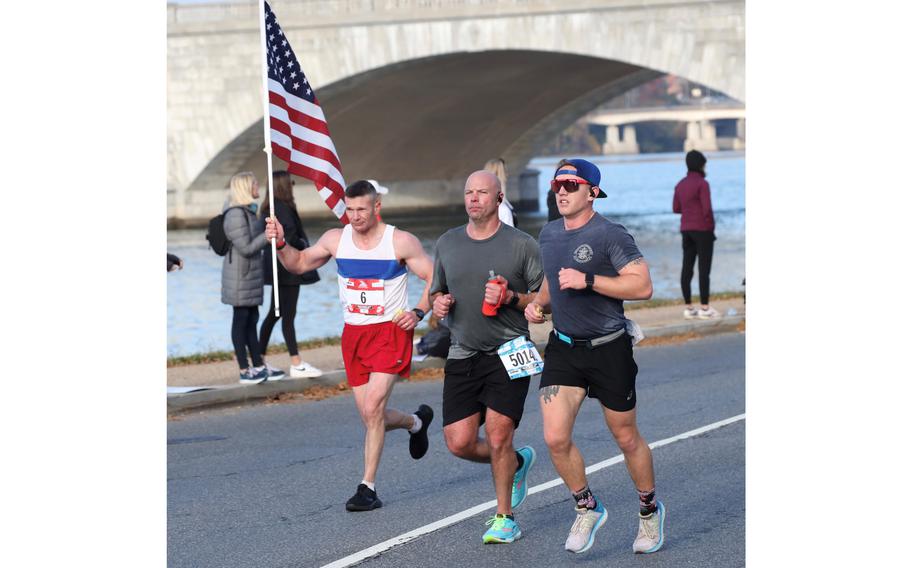 A runner carries the colors during the Marine Corps Marathon on Sunday, Oct. 30, 2022, in Arlington, Va. (Joe Gromelski/Special to Stars and Stripes)