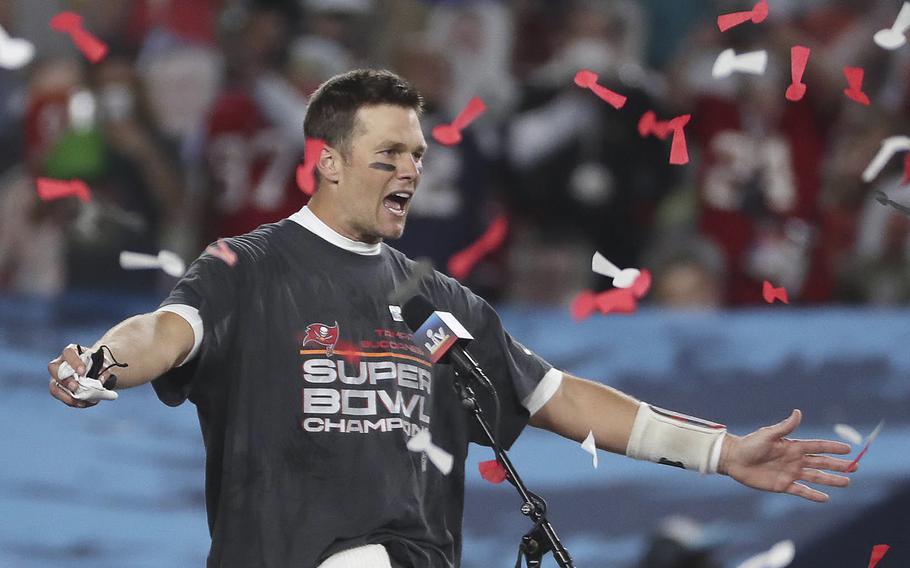 (Tribune News Service) — Scott Spina Jr. and his girlfriend boarded their flight home to New Jersey from Georgia with some valuable luggage: a championship ring from Super Bowl LI.

The ring, made of white gold molded into the shape of a football and emblazoned with 283 diamonds, was engraved with the words "GREATEST COMEBACK EVER," a nod to the New England Patriots' historic 25-point comeback victory over the Atlanta Falcons.

Spina had just written a check to a former Patriots player for the ring in September 2017. In all, the deal would be worth $32,000, but it was money Spina knew he didn't have.

After federal investigators uncovered the scheme, Spina pleaded guilty in February to one count of mail fraud, three counts of wire fraud and one count of aggravated identity theft. On Monday, U.S. District Judge David O. Carter sentenced Spina, 25, to three years in prison and ordered him to pay $63,000 in restitution to the former Patriots player.

The former player, identified in court records only as "T.J.," was struggling with his professional football career when he sold the ring to Spina.

Drafted out of Florida State University in 2015, the offensive lineman was sidelined by a knee injury and did not play a single snap in his second season, watching as the Patriots went on to win the Super Bowl in 2017. He was released from the team that April.

Without an NFL contract, T.J. was traveling back and forth between his home in Jesup, Ga., and Boston, court documents said. He had tried to sell the Super Bowl ring to a pawn shop in Jesup but was turned down.

Then, in late September 2017, Spina sent T.J. a message on Instagram about the ring, saying he was close friends with rapper Fat Joe and sold sneakers to celebrities.

The next day, Spina flew to Georgia and met T.J. outside a gas station in Jesup. Spina wrote the bad check, and T.J. handed over his Super Bowl ring, still inside its black box, along with rings from his college football years.

Spina took not only T.J.'s ring but also his identity. As part of the deal, prosecutors wrote in a plea agreement, he obtained the player's login credentials for the ring manufacturer and went on to buy three more Super Bowl rings, posing as the former Patriot.

"This is 'T.J.' — I'm gonna place a couple of ring orders today," he said over the phone with the ring manufacturing company. "I want to get, uh, a quarterback a present for his baby."

"What's the, the um, quarterback last name that you're looking to order it for?" the company employee said.

Spina then made a deal with a well-known collector of championship rings in Orange County, sending photos of the three rings and claiming they were ordered by T.J. as gifts for Brady's nephews.

The Orange County man agreed to pay $81,000 for the three rings and wired $6,500 to Spina as a deposit with the title, "Tom Brady Family 2016 New England Patriots Super Bowl Rings!"

But the collector did some research and found out Brady didn't have any nephews. In November 2017, he asked Spina to cancel the deal.

That same day, Spina, still determined to sell the rings, turned to an auction house, where he sold the three rings for $100,000, claiming that Brady had authorized the original purchase of the rings.

When T.J. realized his check from Spina had bounced, he tried messaging Spina but got no response. He gave up after learning Spina had been arrested and was in jail on other charges.

Authorities did not say who tipped off federal investigators about Spina's scheme. By December, Spina was charged in in federal court in California.

Spina's defense attorney, Thomas Ambrosio, said this year that his client accepted responsibility for what he did and declined to comment further.