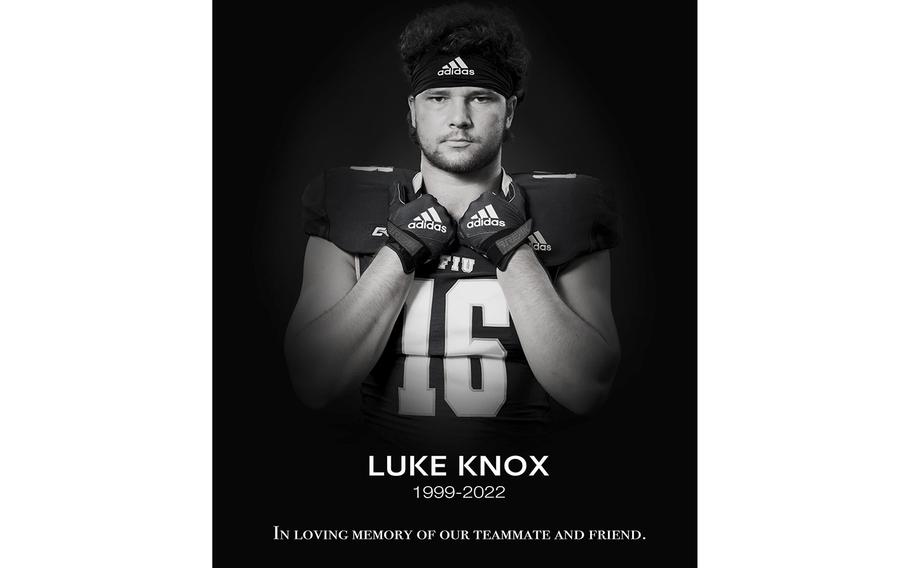 No cause of death was given.

Panthers coach Mike MacIntyre was saddened by the sudden loss of Knox.

"We cannot express the heartfelt sorrow we feel because of the passing of our teammate and friend, Luke Knox," MacIntyre said in a tweet. "I had the honor of coaching Luke at Ole Miss and at FIU.

"While I admired his passion for football, his genuine love for his family and teammates is what I will always remember."

FIU canceled football practice on Thursday, and grief counselors were made available.

Knox, a 6-3, 245-pound junior who had been majoring in business, is from Brentwood, Tenn., a suburb of Nashville.

His brother is Dawson Knox, a former Ole Miss tight end who now plays for the Buffalo Bills.

Luke Knox was a first-team All-State linebacker on a Brentwood Academy high school team that won three straight state titles. He made 18 tackles for losses as a senior.

Knox was a three-star recruit, signing with Ole Miss out of high school. He spent four years with the Rebels, making two starts. He was switched to tight end in the spring of 2021, but he was back at linebacker after transferring to FIU earlier this year.

"He had a special way of making everyone around him feel comfortable and confident," MacIntyre said in his tweet. "Luke's family is special to me, and they will continually be in my heart and in my prayers during this difficult time.

"On behalf of the entire FIU football family, I extend sincere condolences to Luke's family and all who loved him."