Influential newspaper in Japan calls for Olympics to be canceled 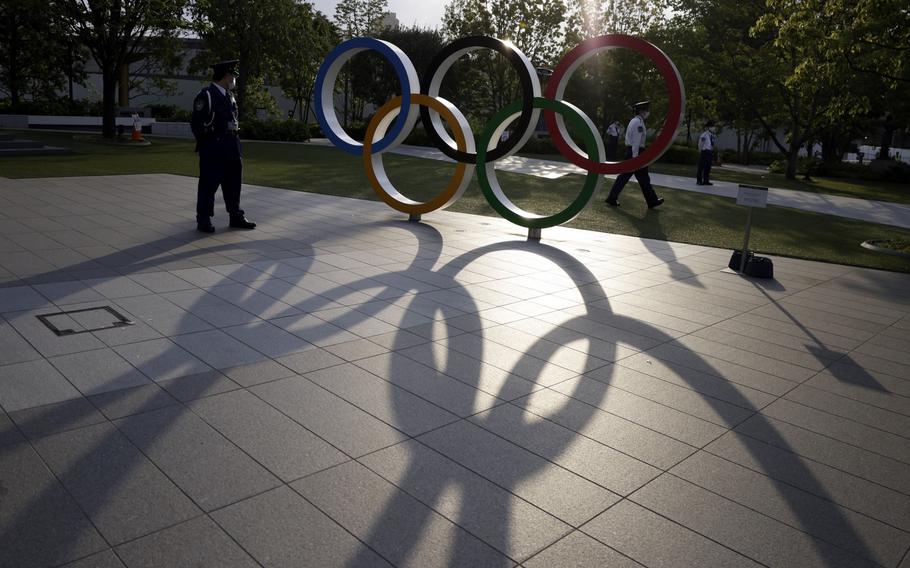 The Olympic rings outside the Japan Olympic Museum in Tokyo on May 9, 2021. (Kiyoshi Ota/Bloomberg)

One of Japan’s most influential newspapers and an official sponsor of the Tokyo Olympics called for the Games to be canceled, the latest blow for an event already postponed by a year because of the pandemic.

The Asahi — Japan’s second-most widely circulated newspaper and known for its left-leaning views — urged Prime Minister Yoshihide Suga in an editorial Wednesday to call off the world’s biggest sporting event, which is scheduled to start July 23.

“We can’t see how it makes sense to hold the Olympics and Paralympics in Tokyo this summer,” the paper wrote. “What is most important is the lives of the citizens.”

The Asahi will, however, continue as a sponsor, drawing “a line between their activities as an official partner and their media activities,” the company said in a response to questions from Bloomberg.

With no chance of framing the Games as proof that the world has defeated the virus, the paper said the government and organizers had failed to explain why the Olympics should be held at a time of such extreme difficulty. Virus variants could spread in Japan and around the world, it said, adding it would be unforgivable to gamble on the possibility that the event could go well.

The editorial is the latest blow to the Summer Olympics, which has drawn intense scrutiny as the opening ceremony draws closer. Many parts of Japan remain under a state of emergency due to recent increases in virus cases.

The percentage of people vaccinated in Japan remains low and the pace is far from a million shots a day — a target set by Suga. On Tuesday, the U.S. issued a travel advisory urging its residents not to travel to Japan, though the warning hasn’t affected the plans of the U.S. Olympic team.

The Asahi newspaper is a domestic sponsor of the Olympics, as are many of Japan’s biggest companies, including three other major newspapers.