News from China in the past several weeks has come at a dizzying pace. First, there were once-in-a-generation protests, then a loosening of coronavirus restrictions, and now the terrible toll of the virus itself on a large and vulnerable population. Yet, amid this extraordinary turn of events, other less dramatic but highly consequential stories have emerged about how the Chinese government has used the pandemic to dramatically increase its surveillance capabilities.

Surveillance may not seem like the main story in China these days, but history indicates that growing state surveillance warrants attention. Surveillance is a mode of state power that operates to protect the state itself, unlike the policing of crime, which is ostensibly to protect society, and historically surveillance projects have expanded well beyond their intended targets. Surveillance is insidious, secret, often silent — and incredibly dangerous, with the potential to tear societies apart.

Modern surveillance states date at least to the French Revolution, when citizens monitored and denounced each other for lacking sufficient allegiance to the revolution. Fueled by paranoia and afraid of losing the republic amid internal dissent and a foreign war with monarchies that wanted the revolution to fail, revolutionaries created a powerful Committee of Public Safety, which envisioned threats everywhere and arrested “counterrevolutionaries.”

During what later became known as the Reign of Terror in 1794, the Committee of Public Safety sent thousands to their deaths. What made surveillance so powerful was that people had to carefully monitor their speech, lest they be turned-in by a fervent fellow citizen who believed completely in the revolution and its program of radical equality.

As surveillance states ramped up capacity through the 19th- and early-20th centuries, they grew their policing regimes. The historian Athan G. Theoharis wrote about how the United States was slow to engage in political policing because of limits on federal power in the Constitution.

But during World War I, the United States’ nascent Bureau of Investigation (later FBI) subjected socialists and antiwar activists to state surveillance. This involved investigations for possible prosecution under espionage laws, but also “monitoring” of Irish supporters and German Americans, anti-colonialists, pacifists and Progressives such as Robert LaFollette and Jane Addams.

After the war, the FBI became more interventionist, working with immigration authorities to conduct raids and spread propaganda, but it also used wiretapping and mail surveillance against its own critics and radicals such as the ACLU.

In the 1920s, the FBI collected “obscene” materials and information on “illicit” sexual behavior that could be used for political purposes. In 1936, with concern growing about fascism and communism in Europe, Director J. Edgar Hoover developed a vast covert surveillance program to monitor those movements in the United States. Between 1940 and 1972, the agency grew from 898 agents to 8,900. The FBI used federal agents to watch specific Americans and operated with little oversight from the executive branch or public accountability.

It was not only states but colonial empires that invested in surveillance to protect and project their power. Between the world wars, French colonial authorities in West Africa became increasingly alarmed about the threat of communism and Pan-Africanism reaching Africans in the colonies.

The combination of the global “red scare” after the Russian Revolution of 1917, the growth of anti-colonial movements in Paris and, as of 1920, the influence of anti-communist Colonial Minister Albert Sarraut, meant paranoia about communism and fears about nationalist movements reached a fever pitch throughout the French Empire.

In 1925, one French official described communism as a “flood which threatens to be unleashed on the coast of West Africa.” Although no local threat had been identified, imperial control seemed precarious and political activity in places such as Paris and Vietnam prompted authorities in French West Africa to increase local surveillance.

The widening of the surveillance net in French West Africa (a federation of colonies including Senegal, Mauritania, French Sudan, Niger, Upper Volta, Dahomey, Guinea, Ivory Coast and Togo) meant increased monitoring of port cities such as Dakar and St. Louis and investigations into “suspects.”

Investigations relied on port police, postal control, soliciting information from various colonial offices, collecting anonymous tips and shadowing people around cities. Notably, the surveillance techniques were much less useful in rural areas and barely touched many parts of the wide expanse of the federation. The French police preferred “discreet” surveillance, which meshed well with their supposedly republican values — but in reality, French West Africa was ruled as an authoritarian state by a governor general.

Some suspects were expelled from French West Africa as “undesirable” foreigners, while others were arrested for infractions such as distributing forbidden newspapers. But the threat of surveillance alone, or people’s awareness that a surveillance apparatus existed, was sometimes enough to dissuade people from joining a pan-Africanist group or subscribing to a radical newspaper.

Authorities tended to identify suspects who were urban, mobile, educated and out of the ordinary, seeing these populations as threatening to imperial power. This included dubious French men and women seeking to escape their pasts, and all manner of foreigners, African students, soldiers and migrants.

Suspects under surveillance included a Vietnamese cook in Dakar who dutifully reported receiving anonymous packages of communist newspapers, an Austrian couple on a dangerous trip through the Sahara, a group of Sierra Leonians gathering to discuss the ideas of Marcus Garvey, a French woman fleeing her fiance, and a French hunter looking to cash in on any scam possible in Dakar. Senegalese and Ivoiriens targeted by surveillance were more eager to share newspapers and create affinity groups than to try to launch a communist revolution.

French authorities found few communists, but nevertheless identified many suspects, as they kept up a vigilant surveillance, redefining “suspicion” as a much broader category characterized by concerns over mobility, space and power. The surveillance program of policing politics did not end when it could not find specific enemies; it simply redefined them.

The same could be said of the most famous state surveillance operation in history, undertaken by the Ministry for State Security (or Stasi) in the German Democratic Republic (DDR) during the Cold War era. The East German government aimed to protect the state and the party in power, the SED (Socialist Unity Party). As quality of life dwindled and people fled to the West when possible, enemies of the state morphed into anyone with a passing interest in the West or demonstrating a “hostile-negative attitude.”

The DDR hired an unprecedented number of Stasi agents — far more than the Nazi Gestapo ever did. But what made the Stasi unique was the way they recruited informants (“inoffizielle Mitarbeiter” — IMs) from among the population to spy for them, sometimes through blackmail but also by offering small compensation such as the opportunity to travel.

The damage of turning a society on each other was far-reaching, as suspicion and secrecy became a defining feature of East German life. Once the Stasi files were opened, stories emerged of stepmothers spying on stepdaughters and professors reporting on their students, with repercussions lasting for decades.

State surveillance in China has a history as well. During the Cultural Revolution from 1966-1976 in Mao’s China, Red Guards, groups of young people trained in communist dogma, enforced rigid ideology by policing speech, dress and behavior. The idea that “bourgeois” enemies were poised to destroy the People’s Republic was a myth, but the resulting violence, persecution and imprisonment in camps multiplied rapidly and devastated Chinese society.

In all of these cases, whether they relied on citizen denunciations or professional agents, states exercised power in secret to identify dissidents in the interest of the self-preservation of the state. Never knowing if one is being secretly watched is part of the power of surveillance, both past and present.

What is new now is the unprecedented deployment of technology and the ability of states such as China, but also the United States and others, to conduct surveillance not only on dissidents or suspects, but everyone. 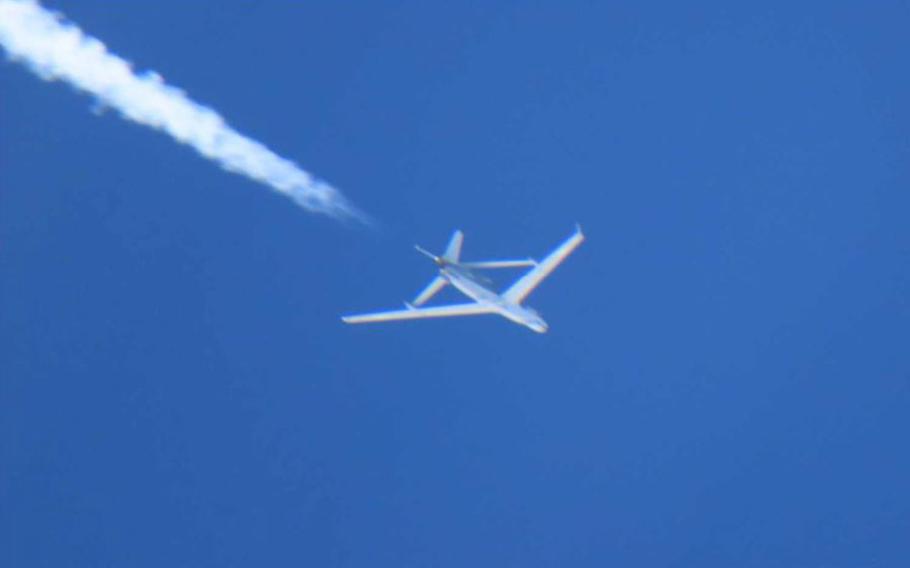