Pope Francis has made key inroads on vital issues 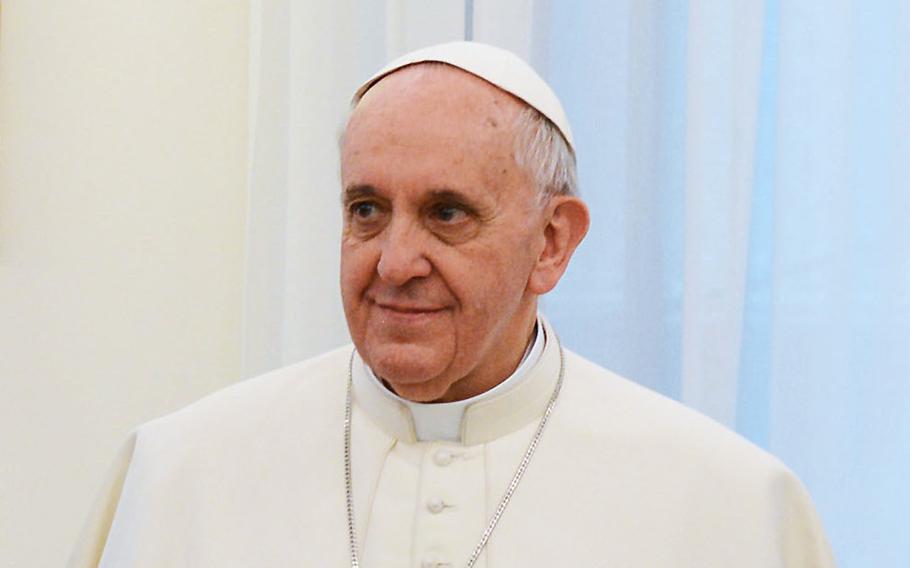 “An eye for an eye, and a tooth for a tooth …,” is a useful starting place for discussion of the influence of Pope Francis, who is proving to be a remarkably active and activist leader of the Roman Catholic Church. The Holidays are an excellent time for reflection.

Two events in December underscore the importance of the Roman Catholic Church and also significant change in wider global societies.

On the morning of Dec. 31, former Pope Benedict XVI died. A highly respected German theologian, Benedict on becoming pope in 2005 was heralded by conservatives who saw him as a bulwark against currents of change. He denounced shocking sexual abuse in the church and excommunicated guilty priests, but was criticized for not acting earlier and his leadership style alienated many. In 2013, he resigned, the first pope to do so since 1415.

Additionally, in December a three-day conference in Rome of Catholic scholars discussed the importance of Catholic prohibition of contraception. The event was inspired by questioning within the Vatican of the contemporary value of traditional doctrine. Pope Francis, Benedict’s successor, is spurring discussion of change.

Francis’ April 2016 letter on marriage reiterates commitment to traditional marriage, but also emphasizes tolerance for those who do not accept Catholic doctrine. That marks important if overdue change.

During the Cold War, Pope John Paul II provided historic leadership in foreign policy. He supported Solidarity, the successful trade union-based reform movement in his native Poland. That in turn contributed to the fall of the Soviet Union and satellite states.

Today, hunger and poverty have been significantly overcome for the great majority in industrialized nations, and political controversies now generally focus on other topics. Francis is encouraging reform on policies regarding capital punishment, environment and lifestyles.

The World Wars of the last century reconfirmed Catholic Church emphasis on restraint in war. Contemporary Catholic analysis of ethics and military strategy is spearheaded by influential leaders such as J. Bryan Hehir, a senior priest who has taught at both Georgetown and Harvard universities.

Hehir is currently the secretary for Health and Social Services at the Archdiocese of Boston. When sexual abuse by priests became public, with intense angry reaction, he bluntly and publicly criticized his church for initially mishandling such crimes by priests.

During the Cold War, Hehir guided the U.S. Catholic Bishops’ influential report on use of nuclear weapons. In 1983, the Catholic bishops of the United States declared formally and publicly that possession of nuclear weapons for deterrence is acceptable.

However, Pope Francis has opened the subject of nuclear weapons for fresh debate and made his own position clear. In September, he visited Kazakhstan and praised the decision of that nation’s leaders to give up nuclear weapons. Francis did this with the backdrop of Russia President Vladimir Putin’s raising the threat — quickly withdrawn — to use nuclear weapons against Ukraine.