The job market struggles to solve the recession puzzle

The economy faces dual threats: the inflation we can see, and a recession we dread. When will we know whether we have won or lost either fight?

The indicator for inflation is straightforward: Price growth slows. But recessions are tricky; no single data point indicates that the economy has entered one, which is why, when a recession is officially declared months after the fact, the U.S. is typically already deep in a downturn. Plunging headline labor market numbers — sustained layoffs, rising unemployment, a decline in jobs — are indicators that the economy is already in a recession, less so that one is looming.

The early signs of a recession in the labor market are not definitively predictive. The warning could flash with no consequence, or they could fail to signal even after a recession has started. It’s more guesswork. At the moment, it’s not looking good, even among the supposedly strong numbers.

Consider job openings. They have spent nearly two years at a historic high, with 10 million openings in November. On the surface, this is a key sign of strength: There’s demand for workers and, should there be job losses, room for the labor market to absorb the displaced ones.

But a job opening isn’t as tangible, and therefore not as open to interpretation, as a hire or a quit. It could indicate a need for more labor, but it could also be a means of keeping tabs on who is interested in the company or a strategic hedge against anticipated quits. A posting isn’t a person.

And over the past year, both quits and hires have declined steadily. Both fall in recessions. Or put another way, 2022 was the first year on record (the data start in 2000) when quits and hires fell while the economy was not in a recession.

Another purported strength is that initial unemployment claims remain low. But there’s struggle interpreting this indicator as well: Its use and meaning is marred by the program’s decline over the past decades. Having the same number of claims today as the U.S. did in the 1970s — when there were 65 million fewer workers — is more telling of the program’s weakness than the labor market’s strength. And we should be wary of putting stock in something that the Government Accountability Office has flagged as a high risk for fraud.

Even the supposedly strong jobs numbers are not impervious to doubt. True, the economy is still adding jobs — but only according to employers. The much-reported monthly jobs number is a count of payroll employment, collected from a survey of employers. But according to households, which are also surveyed each month, employment has stagnated. Employers say they added 2.7 million jobs in the past six months. Households put the number at only 12,000.

That significant discrepancy is a concern for two reasons. First, research indicates that these estimates tend to diverge over marginal workers — people with weak labor force attachment, nontraditional jobs and tenuous employment. These workers are often the first affected by a downturn. Second, these two measures usually move in tandem, but they are more likely to diverge in the months before a recession. The same pattern we see now, where one estimate zigs and the other zags, was also present leading up to the Great Recession.

On Friday, the Bureau of Labor Statistics closes out 2022 with the December jobs report, and the path toward victory or defeat in avoiding a recession will gain one more data point. But either way, 2022 will be a crucible year for the labor market: the year when the U.S. threaded the needle and avoided a recession, or the year when the recession that did occur was imminent and apparent. The data won’t change, just our interpretation of the warning signs.

Kathryn A. Edwards is a labor economist and independent policy consultant. This column does not necessarily reflect the opinion of the editorial board or Bloomberg LP and its owners. 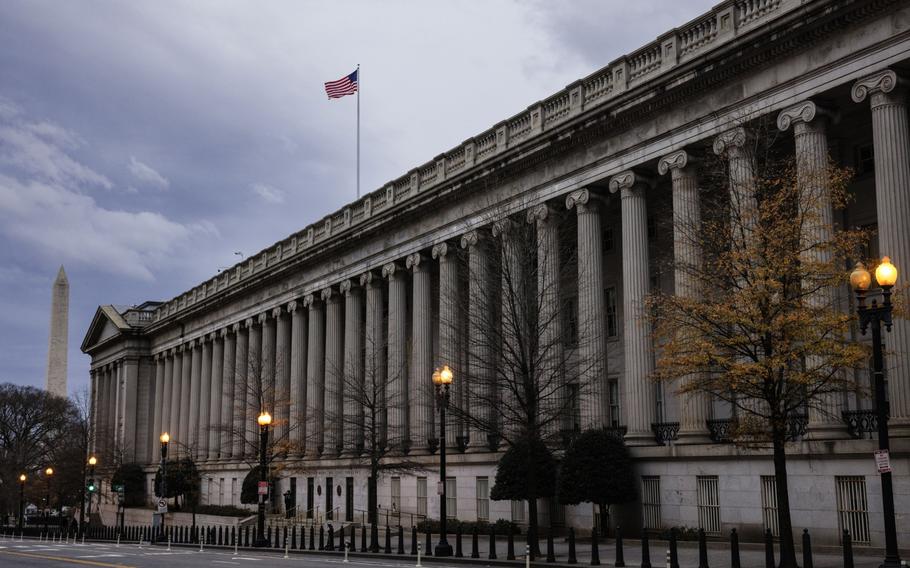 The U.S. Treasury building in Washington, D.C., U.S., on Dec. 19, 2021. The economy faces dual threats: the inflation we can see, and a recession we dread. When will we know whether we have won or lost either fight? (Samuel Corum/Bloomberg)