Southwest erred when it forgot its own culture

Four days before Christmas, Southwest Airlines’ vice president of ground operations Chris Johnson issued an urgent memo to employees at the Denver airport. Declaring a “state of operational emergency,” Johnson said the airline had received an unusually high number of absences among some workers, and would require employees “alleging illness” to provide a doctor’s note on their first day back. A note from a telehealth visit wouldn’t cut it, and mandatory overtime also would go into effect. Failure to comply would be considered insubordination and result in termination.

The meltdown at Southwest that the memo foreshadowed — more than 15,000 of its flights canceled since Dec. 22 — stunned industry insiders. But so would the memo itself.

“When I read it, I could not believe it was written by Southwest,” airline analyst Henry Harteveldt told me. “It absolutely goes against everything Southwest culture stands for.”

Industry consultant Robert Mann called it “draconian” and a “cultural failure.” “They just got a bigger stick,” he said. “They didn’t offer any carrots.”

It was indeed a remarkable turnabout for Southwest. In an industry known for its caustic relationships between management and workers, the budget airline built its reputation around being a fun and harmonious place to work. That long was the case despite being the most unionized of the big U.S. carriers.

But the mood has changed in the last year or so. Unions representing its pilots and crew have become more vocal, publicly complaining of brutal and erratic schedules and high levels of fatigue as the industry struggles with the same staffing shortage issues as other industries. Both the pilots’ and flight attendants’ unions have asked that federal mediators step into their yearslong contract negotiations with management. And last month, Southwest pilots picketed outside the New York Stock Exchange at the company’s investor day.

As a point of contrast, when the company’s co-founder, the late Herb Kelleher, announced his retirement in the middle of contract negotiations, the pilots’ union took out a full-page ad in USA Today thanking him for his service.

When Southwest executives and industry watchers do their postmortem on what caused last month’s mayhem, they will talk about the bad weather, outdated technology and Southwest’s primary model of flying directly from city to city rather than in and out of hubs. But a seeming breakdown of its famous “people-first” culture needs to be on the top of that list.

When Kelleher launched Southwest some five decades ago, he sought to build not just a different kind of airline but a different kind of a company. Southwest never had layoffs, handed out generous stock options and, unlike many of its competitors, never went through bankruptcy. Creating trust and goodwill with employees was ultimately a business decision: Happier pilots and crew meant a more efficient and productive airline.

“You have to treat your employees like your customers,” Kelleher once said. “When you treat them right, then they will treat your outside customers right. That has been a powerful competitive weapon for us. You’ve got to take the time to listen to people’s ideas.”

It’s clear that more recently the company hasn’t been listening. Executives have acknowledged that the airline needs to invest in and upgrade its IT systems. But for years, Southwest pilots and crew say they have been sounding the alarm about the carrier’s outdated technology, which makes it difficult to get its people to the right locations when weather events happen.

The warnings got louder after Southwest suffered from crippling problems last fall, with union leadership predicting it would only get worse. They weren’t wrong. Amid the recent mass cancellations, employees said they were on hold for hours with their own airline as they tried to get their marching orders.

With this most recent crisis, the pressure is now more intense for management to resolve its negotiations with the various unions that represent its employees — especially after rival Delta and its pilots earlier last month came to a preliminary agreement to raise wages 34% over the next few years.

That kind of increase would be hard for a budget airline like Southwest to swallow. To do it, management would need to evoke the same kind of creativity Kelleher did when he decided to fly only one kind of plane and have flight crews help clean the aircraft in order to keep fares lower than some competitors. Executives might also consider taking their founder’s advice and listen to employees’ ideas on how to improve operations. If they don’t, they risk becoming like every other airline, an outcome nobody wants.

Beth Kowitt is a Bloomberg Opinion columnist covering corporate America. She was previously a senior writer and editor at Fortune Magazine. This column does not necessarily reflect the opinion of the editorial board or Bloomberg LP and its owners. 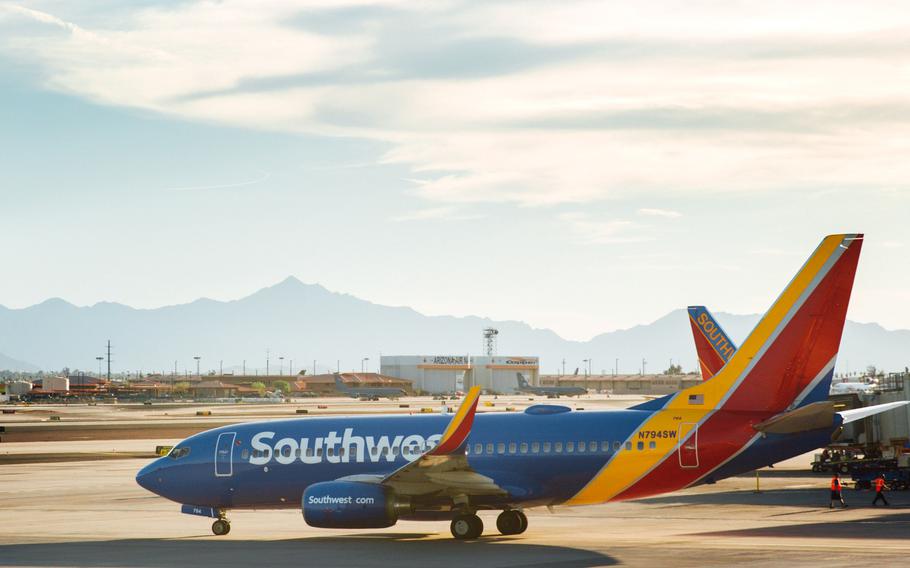 The airline’s Christmas chaos might have been avoided if executives had listened to employees’ ideas, as its founder advocated. (Southwest Airlines/Facebook)