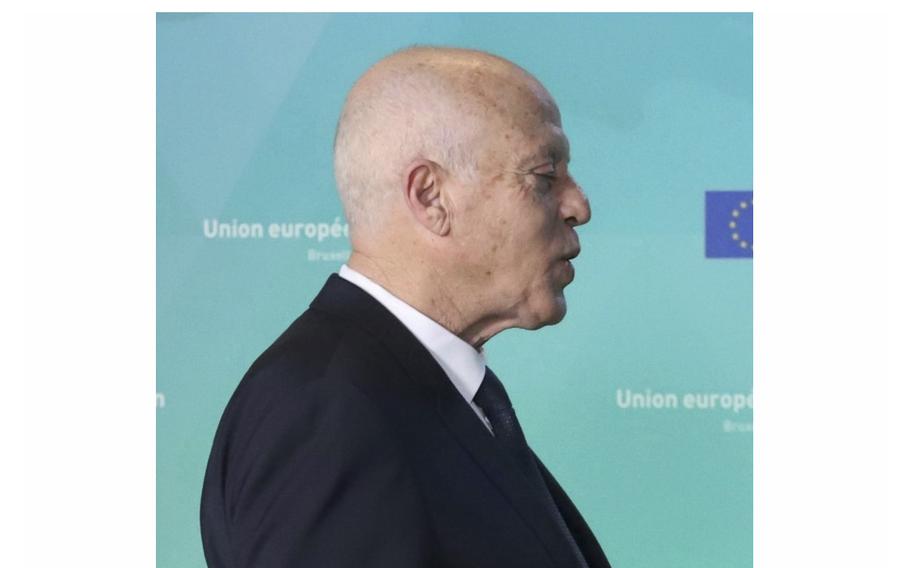 Rarely has an American president had his bluff called so swiftly and so summarily. Less than a week after gathering African leaders in Washington to reverse the perception that the U.S. is ignoring the continent, Joe Biden gave a definitive demonstration of American neglect. In the process, he also exposed the hollowness of America’s democracy promotion pretensions.

The Biden administration’s reaction to the parliamentary election in Tunisia, the first African vote after the summit, amounts to a diplomatic shrug of the shoulders. After Tunisians showed up their dictator, Kais Saied, by staying home — turnout was less than 9% — State Department spokesman Ned Price declared the exercise had been “an essential initial step toward restoring the country’s democratic trajectory.”

The exact opposite is true: The sham vote was the final step in Saied’s consolidation of near-absolute power. It began in July 2021, when he fired the elected government and suspended parliament, then accelerated last February when he hobbled the independent judiciary. For good measure, he seized control of the election commission, muzzled the media and jailed political opponents.

Saied claims he has popular backing, but when Tunisians have had the opportunity to express themselves, they have made clear how much they disapprove of his power-grab. This past summer, less than a third of eligible voters participated in a referendum on a new constitution that gave him even more power than Tunisia’s previous dictator, Zine El Abidine Ben Ali, who was toppled in the Arab Spring of 2011. The embarrassingly low turnout over the weekend represents Tunisians’ contempt for what will at best be an ornamental legislature, with little power to restrain the president.

At every opportunity to hold Saied to account, the Biden administration has instead offered only homilies about the importance of democracy. This has just emboldened the dictator. When Secretary of State Antony Blinken expressed some alarm about “the erosion of democratic norms,” the Tunisian foreign ministry dismissed it as “unacceptable foreign interference.” Blinken offered Saied the same old bromide in Washington last week. The dictator again bluntly rejected any criticism of his actions.

The other attendees at the summit will have learned an ugly lesson from the contempt that the leader of one of Africa’s smallest countries was able to show his hosts without fear of consequence. And just how seriously will the leaders of the six countries that have elections in 2023 — the Democratic Republic of the Congo, Gabon, Liberia, Nigeria, Madagascar and Sierra Leone — have taken the lecture on democracy they received from Biden?

It is not too late to turn around this shabby show. The Biden administration should call the Tunisian parliamentary election what it was: A pantomime. (That was how Biden described Daniel Ortega’s sham of an election in Nicaragua last year.) It should join the Tunisian opposition in calling for Saied to step down and allow the restoration of democracy.

The dictator should know that if he refuses to go, he will forgo not only U.S. aid but also incur a U.S. veto on the $1.9 billion loan he is seeking from the International Monetary Fund. The IMF’s executive board was meant to rule on the request this month, but has postponed the decision to early in the new year. This gives the U.S. enormous leverage with which to press for democracy, Biden’s oft-stated foreign policy goal.

Saied has indicated he can manage without the loan, but the state of Tunisia’s economy suggests otherwise. It would make a nice change for Biden to call a dictator’s bluff.