The real risk of higher inflation is lower wages

Consumer prices rose less than expected last month, and inflation rates are expected to fall over the next few years. That makes the debate about the appropriate inflation target for the U.S. Federal Reserve all the more important: Should the central bank strive to reattain inflation rates within the range of 2%, or should it stop at a higher rate, say 3% or 4%?

Prominent macroeconomist Olivier Blanchard, among others, has suggested a 4% target. To my way of thinking, however, the risks of a higher rate of inflation — especially the consequences for workers — outweigh the benefits. To be sure, the main argument for a higher inflation target is legitimate: A higher rate of price inflation would mean a higher nominal interest rate, all other things equal. So when a recession does come, the Fed would have greater latitude to cut interest rates, because the initial rate is further away from the zero lower bound.

A second argument, not usually cited by proponents, is that a higher inflation rate would lower the value of tenure, not just in academia but in bureaucracies more generally. Consider the unproductive employee who continues to work because his employers are afraid to fire him for legal or institutional reasons. With a higher rate of inflation, they could reduce his real wages simply by not giving him a raise, and that might even be enough to induce him to leave. In the meantime, they could redistribute higher wages toward more productive workers.

But this second argument for higher inflation also hints at some reasons why a higher inflation target might prove problematic. Most notably, actual wages paid in the workplace do not rise automatically with the inflation rate. In economic theory, money is “neutral” in the long run; wages eventually adjust to the new level of prices. But this doesn’t just happen. Workers have to approach their bosses, ask for raises, bargain and, in some cases, threaten to leave. It can be debated how smoothly this process runs in normal times. These are not normal times. This is an era of falling labor force participation, and there is talk of an epidemic of “quiet quitting.”

In other words, a lot of workers may not be too happy with their situation. There remains a risk that these workers, in lieu of bargaining for higher wages, will quit the labor force entirely, or perhaps just further disengage from their jobs. There are many margins across which the labor force can adjust.

Higher inflation rates are better for workers in some very particular environments. When the economic rate of growth is high and people are switching jobs at a rapid pace, productive workers will receive raises on a fairly frequent basis. A better job usually brings a higher wage, plus high turnover means employers are very conscious of the risk that workers will leave. Many bosses will offer raises without any bargaining at all.

Today, in contrast, there is a widespread labor shortage, as evidenced by the “Help Wanted” signs everywhere, yet there are also falling after-inflation wages.

We economists cannot fully explain these circumstances. But they may suggest that employers simply are not willing to agree to higher wages, perhaps due to business uncertainty. And if a labor shortage won’t push them to increase real wages, perhaps a higher rate of inflation won’t either. In short, one of the main effects of a permanently higher inflation target may be lower real wages. It’s not a certainty that real wages would fall, but neither is it certain that, in the current climate, wages would keep pace. Why take the risk?

A further complication is that voters hate inflation, and the debate over it seems to have a partisan taint. I have noticed that Democratic-leaning economists tend to support a higher inflation target than do Republican-leaning ones. If there were a 4% inflation target, would it truly be credible? Businesses might think that voter sentiment, or a Republican political ascendancy, would push the preferred inflation target back down to 2%. That would give businesses all the more reason to resist raising wages by 4% in response to 4% inflation rates.

Is 2022 really the best time to contemplate the possibility of further real wage declines? The U.S. is coming off (in reverse chronological order) a major pandemic, a real wage decline, a financial crisis, and several decades of relatively sluggish wage growth. Social trust in government is especially low. Now is not the time to add what might prove to be an additional penalty for workers.

Bloomberg Opinion columnist Tyler Cowen is a professor of economics at George Mason University and coauthor of “Talent: How to Identify Energizers, Creatives, and Winners Around the World.” This column does not necessarily reflect the opinion of the editorial board or Bloomberg LP and its owners. 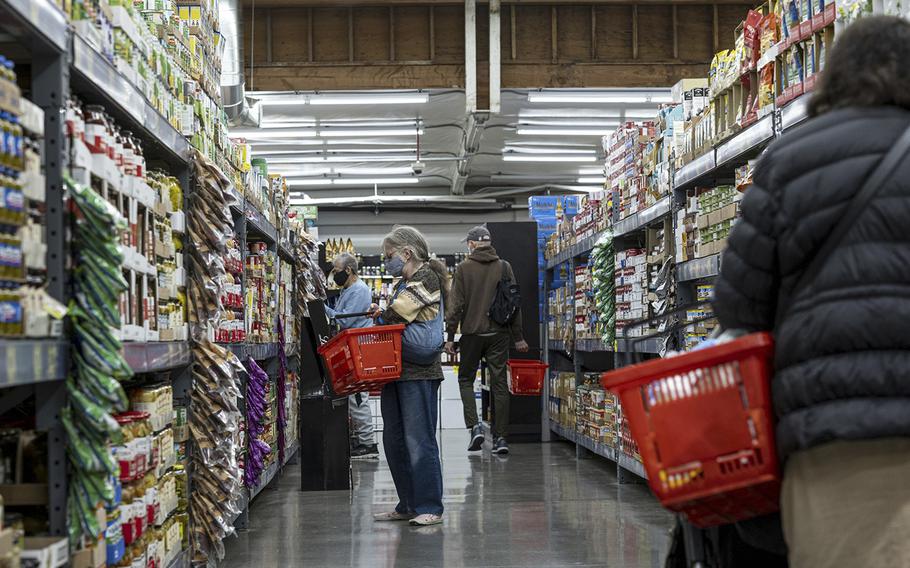