Making the case for a stronger US commitment to human rights 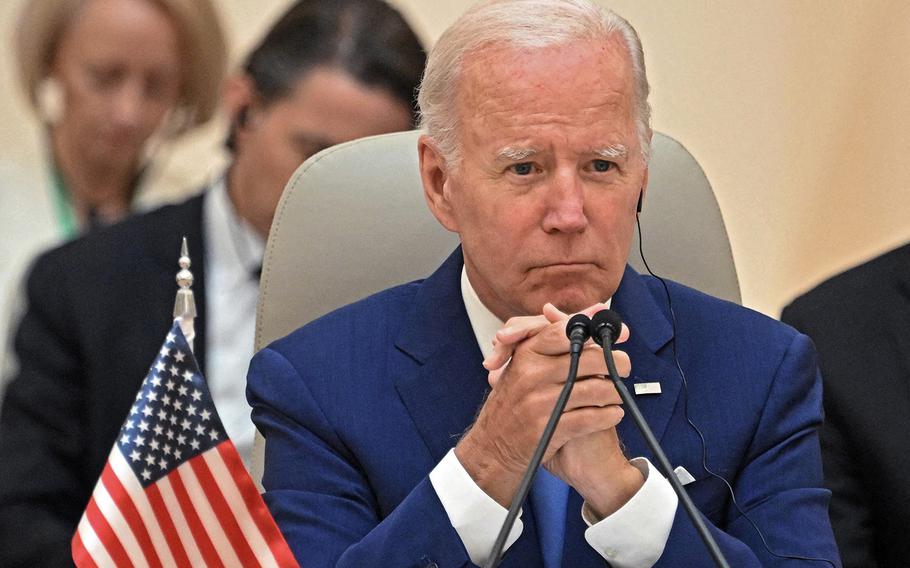 (Tribune News Service) — On Dec. 10, 1948, the United Nations adopted the Universal Declaration of Human Rights in what is considered a groundbreaking moment for rights around the world. It recognized that everyone has the same basic inalienable rights, regardless of national origin, language, race, religion or sex.

It isn’t legally binding but serves as a goal for governments worldwide and a baseline against which states’ actions can be assessed. Like our own Declaration of Independence, it didn’t reflect the world as it was at the time but rather the world we hoped to make.

The seven decades since have seen much progress in human rights, with the end of colonialism, the U.S. civil rights movement, the dramatic expansion of both democracy and health care access across the globe and mass reduction of poverty in China, to name a few.

However, in the past 20 years, the global trend toward greater rights has reversed, with authoritarianism and illiberalism on the rise.

This matters to us here at home. The United States isn’t immune to these trends, as the Jan. 6 attack on our election demonstrated. Our institutions prevented a constitutional crisis, but it is a reminder that we must continue to preserve and defend what we have.

Backsliding around the globe can affect our security and prosperity, too. As the Universal Declaration of Human Rights states, if people don’t enjoy basic dignity and rights protected by the rule of law, they will ultimately be compelled to rebel against oppression.

That instability can drive insurgencies that spill over into other countries, impede trade and travel and create ungoverned spaces prone to exploitation by terrorist and criminal organizations alike. The declaration isn’t simply altruistic — it’s a recognition that rights, security and prosperity are deeply connected, both within a country and across them all.

Our government has recognized and acted on this reality for decades, passing laws designed to ensure that our foreign policy doesn’t undermine human rights elsewhere either. This architecture was launched on President Jimmy Carter’s watch. He believed in the close connection between America’s strength and our human rights record, and after the Nixon years and the Vietnam War era, he had much to clean up.

Since that period, Congress has passed additional laws to ensure U.S. assistance doesn’t prop up bad actors and illiberal governments by mandating aid cuts for everything from the use of child soldiers to human trafficking to overthrowing a government by coup.

This approach wasn’t interventionist. It didn’t call on America to force democracy and human rights on countries around the world. It was premised instead on transparency — calling out human rights violations where they occurred — and ensuring that U.S. taxpayer dollars weren’t complicit in their commission and the long-term instability that oppression fuels.

But even this has been too much to fulfill. Strongly worded statements have been the flagship of our human rights engagement, while these legal tools have typically been waived or ignored but for selective occasions for the most extreme acts. Rarely have human rights violations driven real change in U.S. foreign policy.

President Joe Biden has promised to change this and repeatedly declared that human rights would be the center of his administration’s foreign policy. This promise, however, has led to little action.

The United States continues to provide military support and weapons sales to Saudi Arabia, even as Saudi Arabia’s crippling blockade on Yemen continues, as does its widespread oppression at home.

Israel also remains immune from consequence. After Israeli forces shot and killed Palestinian-American journalist Shireen Abu Akleh in May, the administration was determined to avoid criticizing Israel, though this month the Justice Department has finally opened an investigation.

The administration has been quick to applaud Ethiopia’s recent peace deal but has been hesitant for two years of war to call out the Ethiopian government, a close security partner of the United States, for its use of starvation as a tactic of war and to recognize that Ethiopia continues to impede critical humanitarian access today.

These are a few examples of foreign policy challenges where a higher priority for human rights would demand a different approach, one where the United States sets a better example and does not allow our assistance and support to facilitate the destabilizing bad acts of others. U.S. action will not always be able to change the behavior of others, but human rights have a better chance of success if we don’t put our thumb on the scale for oppression. This approach strengthens our credibility and effectiveness as an advocate for human rights, too.

The Biden administration aspires to be a champion of human rights and has the tools to follow through. The 75th anniversary of the Universal Declaration of Human Rights next year is a good time to start delivering on that promise.

Elizabeth Shackelford is a senior fellow on U.S. foreign policy with the Chicago Council on Global Affairs. She was previously a U.S. diplomat and is the author of “The Dissent Channel: American Diplomacy in a Dishonest Age.”