Craft therapy can smooth the road back from a concussion 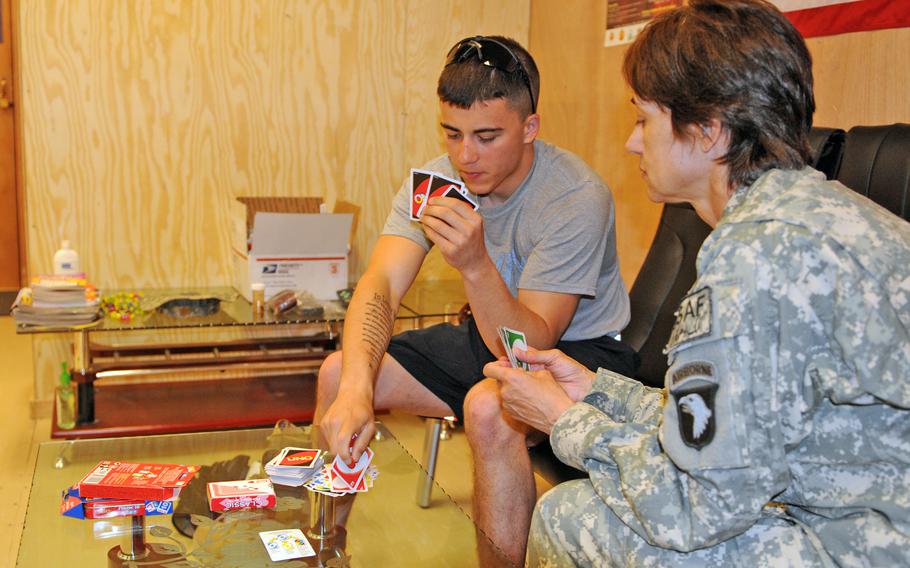 While the current conversation stemmed from incidents on a professional sports field, concussions are not just a sports phenomenon. Concussions occur every day, in every community, and often with perilous consequences either immediately or in the long term. According to 2020 data from the National Center for Health Statistics, about 7% of all children have had concussions. Among 12- to 17-year-olds, about 12% have had concussions. Among adults, 29% report having had a concussion. Within the Department of Defense, the Traumatic Brain Injury Center of Excellence reports that more than 458,000 service members have sustained a traumatic brain injury worldwide since the year 2000, with more than 82% being classified as mild TBI.

A concussion is a mild TBI caused by a bump, blow or jolt to the head. This sudden movement can cause the brain to bounce or twist in the skull or cause chemical changes in the brain, disrupting the brain’s normal function. And while concussions are referred to as mild TBIs, they can be debilitating. This is the brain we are talking about after all.

“Mild” or not, the list of symptoms caused by concussions is lengthy. People experience a range of physical, emotional and psychological symptoms, including headaches, nausea, dizziness, sensitivity to light, feeling sluggish or confused — and the list goes on. Walking through your daily life with any of these symptoms can be uncomfortable, even frightening, but imagine trying to focus on school or on the job with these symptoms on your mind. And while the list of symptoms is long, the list of treatments is not.

Recovering from a concussion sounds simple. Doctors usually say it takes time and rest, with care to avoid re-injury. But patients do not have to be passive participants in their recovery from concussion. There are therapies that engage people recovering from concussive injury in their own healing and allow them to mark their progress.

Craft therapy is an effective activity for concussion patients.

Craft therapy is a proven and effective component of occupational therapy that addresses cognitive, neurological and sensory motor skills by using crafts to focus the brain on cognitive performance and manual skills. Engaging in craft activities has been shown to help cognitive, neurological, and sensory-motor needs by targeting performance skills. It has also been shown to help promote the use of right- and left-brain function and help maintain cognitive functioning. All of these benefits can be useful when someone is attempting to recover from a concussion.

For the past 50 years, the nonprofit organization Help Heal Veterans (I’m its CEO) has been using craft therapy to help military service members address the visible and invisible wounds of war, including concussions and their lingering effects. The therapeutic craft kits Heal Vets provides have helped injured service members and veterans recover their motor and cognitive functioning and develop a more positive outlook. In a recent survey of veterans, three out of four said they found the use of craft kits as a form of therapy helpful.

The National Intrepid Center of Excellence has developed a model integrative arts program to assist military personnel who are challenged by concussion or mild TBIs. It focuses on reducing psychological, social, physical and cognitive impairments by reducing anxiety, decreasing isolation, and increasing eye-hand coordination and dexterity. Craft therapy can help with organizational skills, problem-solving and memory in cases where the frontal lobe has been affected by TBI.

Concussions do not discriminate, and with millions of people — young, old, military, nonmilitary, athlete, nonathlete — sustaining traumatic brain injuries each year, doesn’t it make sense to incorporate any accessible and effective therapy available? Craft therapy meets all these criteria and has proven its value over more than 50 years.

While the NFL continues to grapple with repeated concussions, it’s a good time to remind people of the value of craft therapy in the healing journey.

Joe McClain, a retired U.S. Navy captain, is CEO of Help Heal Veterans, a nonprofit organization dedicated to helping injured veterans and active duty military through use of craft therapy.