Yale starts an exodus from a rank tradition 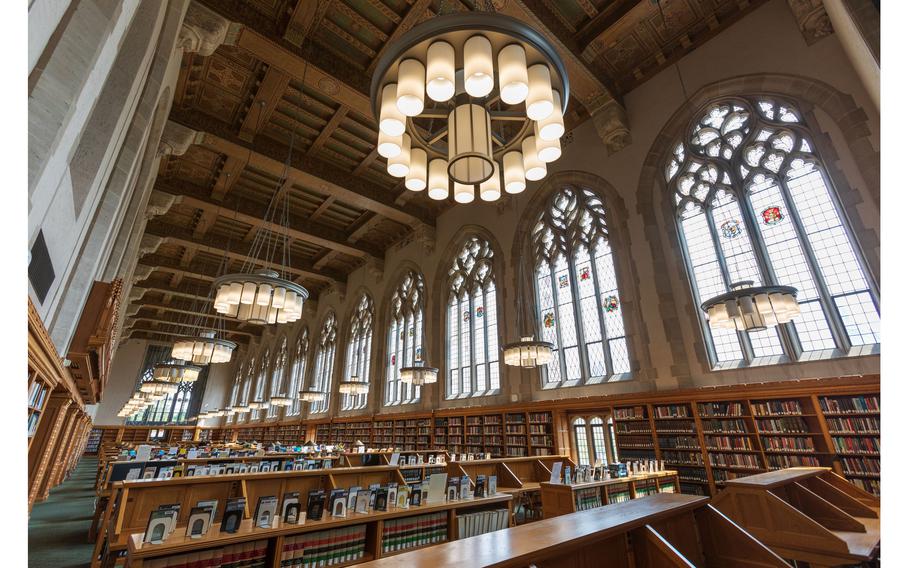 I am delighted that Yale Law School, where I have taught for more decades than I care to remember, has decided to withdraw from the U.S. News and World Report rankings. No, I didn’t have advance warning, but the decision is one I’ve advocated for years.

Yale’s example was swiftly followed by the law schools at Harvard, UC Berkeley and Georgetown. As of this writing, Stanford and the University of Pennsylvania are expected to be next. More defectors surely wait in the wings. Each school that leaves deprives U.S. News of the vital data that it uses to create its rankings. After three decades of dominance, the rankings might be on the verge of collapse.

Some cynics wonder whether the sudden “run” on the rankings is a complicated ploy to get around whatever the Supreme Court decides on affirmative action, but no conspiracy theories are necessary to explain what’s happening. Because rankings of colleges and professional schools, though they have been around for a century or more, were a bad idea from the start.

Rankings exist for a simple reason: They save search costs. If you want to find a good Thai restaurant, for example, you could spend a lot of time trying this one or that one. But it’s cheaper in time and other resources to turn to Google or Yelp. In that case, relying on ratings by others makes sense. If the ratings are wrong, the loss is small.

But higher education is different, and the notion that there can be an ordinal rank is bizarre. As one law-school dean put it: “This business of ranking law schools is an age-old evil. To reduce complex institutions to these numbers is silly.” Those words weren’t uttered this week — the criticism is from 1989.

Why have so many of us been so unhappy with the system for so long? Here are just a few of the many reasons.

First, the criteria will always be arbitrary. Any quantitative measure rests on a qualitative judgment on what is worth measuring. With respect to law schools, critics have long posed pertinent questions: “Do expenditures per student merit nearly equal attention as median LSAT and GRE score? Is the relative bar passage rate really less important to students than the student-faculty ratio at their law school?”

Pick any criterion you like. A key component of the U.S. News ranking involves an assessment of each school by peers, and another by lawyers and judges. Yet it’s unlikely that many deans have sufficient information about more than a handful of institutions. It’s a bit like being asked to rank a restaurant where you’ve never eaten. (Yes, respondents have the option of saying that they have insufficient information, but we lawyers don’t like to admit that.)

Second, remember Goodhart’s Law: Even if the criteria are correct, once the details of a ranking system have been disclosed, the list is bound to lose significance as institutions try to improve on measures that matter to the rankers. The U.S. News ratings have led to a substantial reallocation of resources as law schools vie for a higher place — a reallocation driven not by what will best serve students but by what will most impress the rankers.

This process endangers the very purpose of a university. In his 2009 book on the commercialization of higher education, former Harvard President Derek Bok warned that the growth of rankings was part of a larger abdication to outsiders of decisions about what college was for and how it should look — decisions that should be made by faculties.

I could go on. There’s history, for example. At first blush, the origins look innocent. Although law school rankings are often attributed to the political scientist Jack Gourman, who developed a methodology and published his results in the mid-1960s, there were earlier efforts. In 1957, the Chicago Tribune published a list of the 10 best law schools compiled according to the views of “those who know most about legal education” — a transparently arbitrary criterion.

The larger project of ranking colleges had a more odious start. The first listing in the modern sense was created in 1910, at the height of the Progressive Era, by the psychologist James McKeen Cattell, who in turn was driven in large part by his attraction to eugenics. His idea was that the handful of people (that is, “men”) gifted by nature with the greatest intelligence should attend the best schools, so that they might be trained to run things. Thus the rankings existed to help members of the ruling class decide where to send their sons.

We’ve come a long way. But we’re still making a lot of the same mistakes. In particular, we continue to pretend that we are able to measure with micrometric exactitude where each college or professional school ranks, whereas in practice these numbers will always be a product of our biases.

I take U.S. News at its word when it says that it intends to continue the “journalistic” enterprise of listing the schools it considers best. I’m all in favor of that. And even though I tend to be data-driven, I hope to see a shift away from quantitative assessment toward qualitative information. If such a step means more work for potential applicants — well, some of us will consider that a feature, not a bug.

Stephen L. Carter is a Bloomberg Opinion columnist. A professor of law at Yale University, he is author, most recently, of “Invisible: The Story of the Black Woman Lawyer Who Took Down America’s Most Powerful Mobster.”