As holiday shoppers head to the stores in search of Black Friday deals, they’ll hear the familiar pitch: Would you like to save an extra 10% on your purchase today by opening a new credit card?

A discount dangled at the checkout counter is always tempting. Almost 70% of shoppers who have applied for a retail-branded card say they’ve done so impulsively. Holiday sticker-shock can make that 10% (or more) discount even more alluring.

And while these credit cards have become less popular in recent years, higher prices and tighter finances could persuade more shoppers to give them another look. A recent LendingTree.com survey shows more than a third of Americans say they’re at least somewhat likely to apply for a retail-branded card this holiday season. Of those earning at least $100,000, almost half say they’re likely to apply.

So it’s worth a warning about what you’re actually signing up for with these credit cards.

Most retail-branded credit cards charge a single interest rate so they can offer them to all shoppers — regardless of income or credit score — along with relatively easy requirements to qualify. The average rate on a retail credit card is currently 26.72% (a record) while a general credit card is around 22.66%.

The average rate for a so-called store-only card, which can typically only be used at a single retailer, is even more onerous, hovering around 28%.

Some retailers, such as Dick’s Sporting Goods Inc., are charging a whopping 30% when you carry a balance on one of their offered cards, and a handful — including furniture seller Wayfair Inc. and retailers Bloomingdale’s and Macy’s Inc. — have cards with rates even beyond that.

And unlike regular credit cards, retail credit cards often do something sneaky called deferred interest, which means if a shopper doesn’t pay off the balance within the promotional window of say, six months, they’re assessed interest retroactively from the purchase date. A 2015 analysis by the Consumer Financial Protection Bureau showed that a large portion of consumers paid off their balances shortly after getting hit with the retroactive interest — signaling that they didn’t understand the terms when they signed up.

Even shoppers with the means to pay off balances in full should remember that there’s an opportunity cost for signing up for a store-branded card rather than a general-purpose one. The latter is likely to provide you with a more generous sign-up bonus, cash back or travel rewards, according to Ted Rossman, senior industry analyst at CreditCards.com.

You’ll also want to be wary of how opening up a retail credit card can affect your credit score. Open up too many cards at the same time and you may get dinged. Retail cards often have lower credit limits, too. If you have just one or two cards, and your balances are close to the limit, your credit utilization ratio (in other words, the amount of total credit you’re using that’s available to you) will be high, which can also negatively impact your score.

Still, there are a few retail credit cards out there that may make sense for loyal customers. Amazon.com offers a co-branded card with Visa that gives Prime members 5% back when they make purchases at Amazon or Whole Foods, along with a smaller percentage back for spending on gas and dining. Best Buy Co. and Costco Wholesale Corp. have their versions that offer cash back too.

If you’re constantly shopping at those retailers and are able to pay off the balance in full, they may be worthwhile. Likewise, if you know you’re going to be making a huge purchase, like for new kitchen appliances, getting the 10% or 15% discount upfront can pay off — again, provided you aren’t going to be carrying a big balance.

Sometimes loyalty comes with perks, but more often than not store credit cards just end up costing you more.

This column does not necessarily reflect the opinion of the editorial board or Bloomberg LP and its owners. Alexis Leondis is a Bloomberg Opinion columnist covering personal finance. 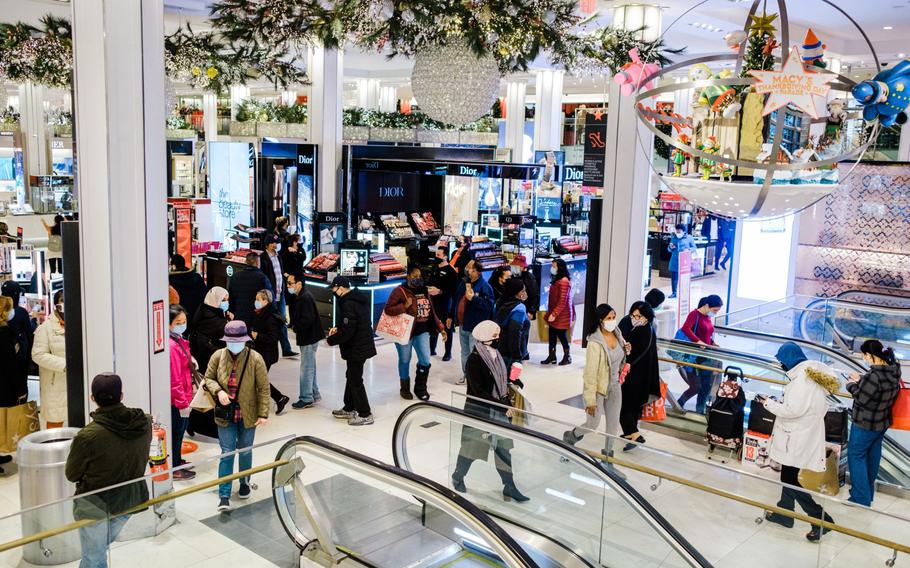