A 21st century strategy to end the Russia-Ukraine War 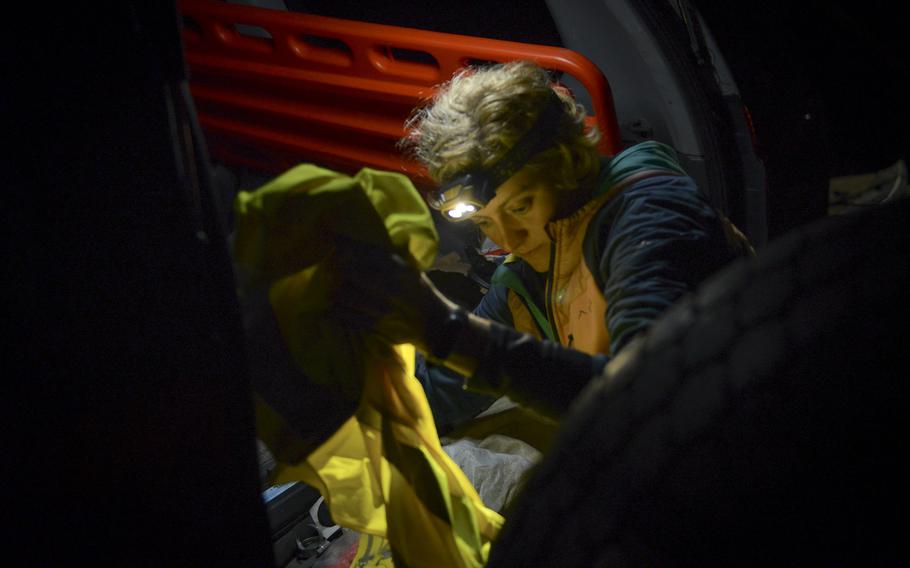 Jagoda Pasko, a volunteer from Poland who delivers humanitarian aid to civilians trapped in the battlefields of Ukraine, packs medical equipment into a rugged vehicle as part of a plan to drive across the Polish border. While delivering aid to Ukrainian civilians, she picked up two victims of shelling who died in her vehicle as she rushed to a hospital, Pasko said in Warsaw, Poland on Nov. 4, 2022, adding she vows to have enough medical gear to ensure no one dies on her watch again. (J.P. Lawrence/Stars and Stripes)

Most of the discussion about a peace treaty between Ukraine and Russia sounds like 19th century transactional European balance of power international politics, which gave birth to modern 20th century realism (as opposed to modern idealism, which emerged after World War I).

What is needed today is a 21st century transformational solution to the war in Ukraine that transcends traditional bargaining leverage and instead leverages resources and relationships in creative ways that ends the war but also fundamentally changes the structure of nation-state relations.

A 21st century transformational solution requires a peace summit that should leverage the internet and social media to broadcast the results of the summit to the people of the world.

A 21st century transformational solution would also seek to resolve some of the hundred-year-long hostility between the United States and Russia, which is central to the Russia-Ukraine War since the United States is largely responsible for funding Ukraine’s war effort.

Crafting the peace summit, moreover, would involve finding co-hosts who are not directly or indirectly involved in the war, such as India, China, Israel and Turkey. Each of these countries is not neutral, yet each is not completely on one side of the war or the other.

Here are the chief items to address. The outcome of the summit is of course up to the participants:

1. The U.S. needs to finally acknowledge, via the internet and social media, that the Russian Red Army, as historian Sir Max Hastings showed in his book “Inferno,” was primarily responsible for destroying Hitler’s Army in World War II, a war where we lost 400,000 people and they lost 25 million. Russia has been seeking recognition for their victory in the “Great Patriotic War” for 75 years, especially in their annual public celebration -- and they have received no such recognition from the West. Although they did not win the war in Europe alone, they killed 95 out of every 100 Nazi soldiers who were killed by the Big Three members of the alliance, the U.S., the U.K., and the USSR. We took the lead against the empire of Japan.

2. The Russians interfered in the U.S. election in 2016 in a range of ways, and they should pledge not to interfere in our elections again. A pledge is of course no guarantee, but getting a pledge on the record may prove useful down the road.

3. The U.S. and the West in general rejected laissez-faire capitalism close to 100 years ago and have established either socialist economies or social democracies or mixed economies. In short, the West needs to acknowledge that although we have never embraced communism, some of our countries have either embraced socialism or certainly taken major planks from the socialist perspective to reform capitalism. Although the Russian economy is no longer communist or socialist, the West should seek to reduce the exaggerated gap that exists between so-called capitalist economies and so-called socialist economies.

4. Russia should be given control of heavily Russian-speaking Donetsk and Luhansk (which they were probably close to seizing anyway in the eight year war since they illegally annexed Crimea), but they must leave the rest of Ukraine and cannot keep their military in Donetsk and Luhansk. Thus they should not have all four regions they illegally annexed, but wisdom suggests giving them something so Vladimir Putin can save face with his citizens.

Ukraine should not be invited to join NATO because this would put an existential threat on Russia’s doorstep, but NATO should still provide them with a security guarantee of some form.

There are of course other issues to discuss, including war crimes Russia may have committed and who will pay to rebuild Ukraine.

With experts ranging from Henry Kissinger to Jeffrey Sachs and Charles Kupchan warning us that nuclear war and even World War III are possible, time is of the essence.

Now is not the time to crush Putin’s army with Western weapons and Ukrainian soldiers or practice old-fashioned realist transactional diplomacy. The fall of Kherson may be a sign that Putin will turn to more drastic measures. What appears to be the Russian-made missile sent into Poland by accident by Ukraine is still another reason to end this war before a NATO/Russia war erupts.

Now is the time to use smart 21st century thinking to pursue peace in Ukraine and between Russia and the United States.

It is the time to creatively leverage resources and relationships from different countries to address massive international problems and affirm American democracy.

Dave Anderson has taught political philosophy at five colleges and universities and is editor of the interdisciplinary volume “Leveraging.”