Republicans really do have plenty to celebrate 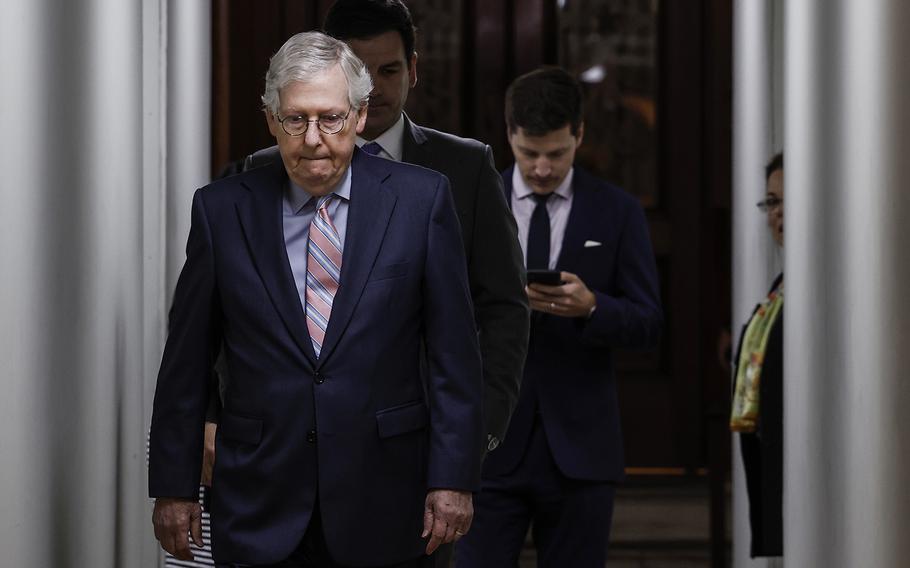 On election night, a lot of Republicans bypassed the champagne for brown-colored liquor, and they’re still feeling surly a few days later. But they shouldn’t wallow in disappointment. There’s plenty of basis for conservative cheer.

That starts with the record of the Biden administration — really. Yes, conservatives disagree with a great many of the Democrats’ policies, and think some the results, such as higher inflation, have been woeful. But consider all of the items on the Democratic agenda that didn’t pass in two years of unified party control of Congress and the White House. There’s no federal overhaul of voting laws, no expansion of taxpayer funding for abortion and no statutory changes to boost unions.

One might have thought that even a narrow Democratic majority would be able to raise the minimum wage and increase the top income-tax rate. This one hasn’t. Even the corporate tax rate has stayed the same as it was under the Trump administration, although its base has broadened.

The Biden Democrats have made fewer permanent changes to the law than their predecessors in the previous two Democratic administrations, those of Bill Clinton and Barack Obama. There’s no big new program such as “Obamacare.” What the Democrats have done instead is spend a lot of money. That’s not great and restoring spending restraint is never easy. But it’s not nearly as difficult as undoing a law.

And while Republicans did much worse than they had expected in the elections, they did well enough that Biden won’t be able to enact new liberal legislation in the next two years — not, at least, without giving conservatives something in return.

The legislative picture during the remainder of Biden’s term is going to look much the way it would have if the red wave of Republican dreams had materialized. More Republican senators would have meant a slower pace of confirmation for liberal judges, slightly more moderate appointees and somewhat more Republican-friendly budget deals. Wave or ripple, though, liberal initiatives are going to come via executive action. A Republican Senate would have led to more pushback against such moves, but would not have stopped them (any more than it did when Obama faced a Republican Senate in his last two years in office).

Breaking the usual midterm pattern may have a “bankshot” benefit for Republicans. Congressional Republicans won big in Clinton’s first midterm, overreached and helped him win re-election two years afterward. The same thing happened, albeit on a smaller scale, under Obama. With narrow control of the House, Republicans won’t be in any position to overreach next year.

And this year’s losses may help them in 2024 in another way, by sobering Republican primary voters. They may decide to pick candidates with track records of winning races — and without scandals or a compulsion to defend Donald Trump’s worst behavior. And they can get into this mindset just in time for a year with an unusual number of Democratic Senate seats available to contest.

Most important, they may, just may, finally have had enough of Trump himself. Selecting a different presidential nominee would be in the interests of the country and party. Someone else would have a better chance of winning in 2024, a stronger likelihood of governing effectively and with regard for the party’s fortunes, and eligibility to run again in 2028.

Sometimes election defeats leave the losing party groping in the dark for answers about what went wrong, with different factions offering clashing theories. There will be some dispute about the 2022 results — Republicans are arguing about how large a role abortion played — but those results put the party’s chief political problem in neon flashing lights. Moving past Trump (which, incidentally, does not mean simply restoring the pre-Trump party) would be arduous work, but there’s no intellectual puzzle to be solved.

If Republicans learn and act on the lesson voters have just given them, it will turn out to be just the failure they needed.

Ramesh Ponnuru is a Bloomberg Opinion columnist. He is the editor of National Review and a fellow at the American Enterprise Institute. This column does not necessarily reflect the opinion of the editorial board or Bloomberg LP and its owners.